Though Venezuela takes the crown for the 3,212-foot Kerepakupai-Meru, formerly known as Angel Falls, Brazil still holds its part in offering nature’s beauty across its diverse regions. Brazil’s magnificent and serene waterfalls thrive in the country’s many national parks and the countryside of small towns. Here’s a list of some of the best waterfalls we think you need to see. Cascata do Caracol perches within Brazil’s Parque Estadual do Caracol,  plunge’s 400 feet over its basalt rock face. Caracol Falls has long attracted visitors and is the second most popular natural tourist attraction in Brazil. In 2009, it received more than 289,000 visitors. There is a nearby 100-foot observation tower that offers an elevator and a panoramic view, as well as a cable car that gives tourists an aerial view of the waterfall. The area provides a restaurant as well as craft stalls. The park also offers a gazebo 150 feet from Caracol’s basin. Guests stroll along trails that wind through the park’s 50 acres of forests and children participate in environmental education activities. 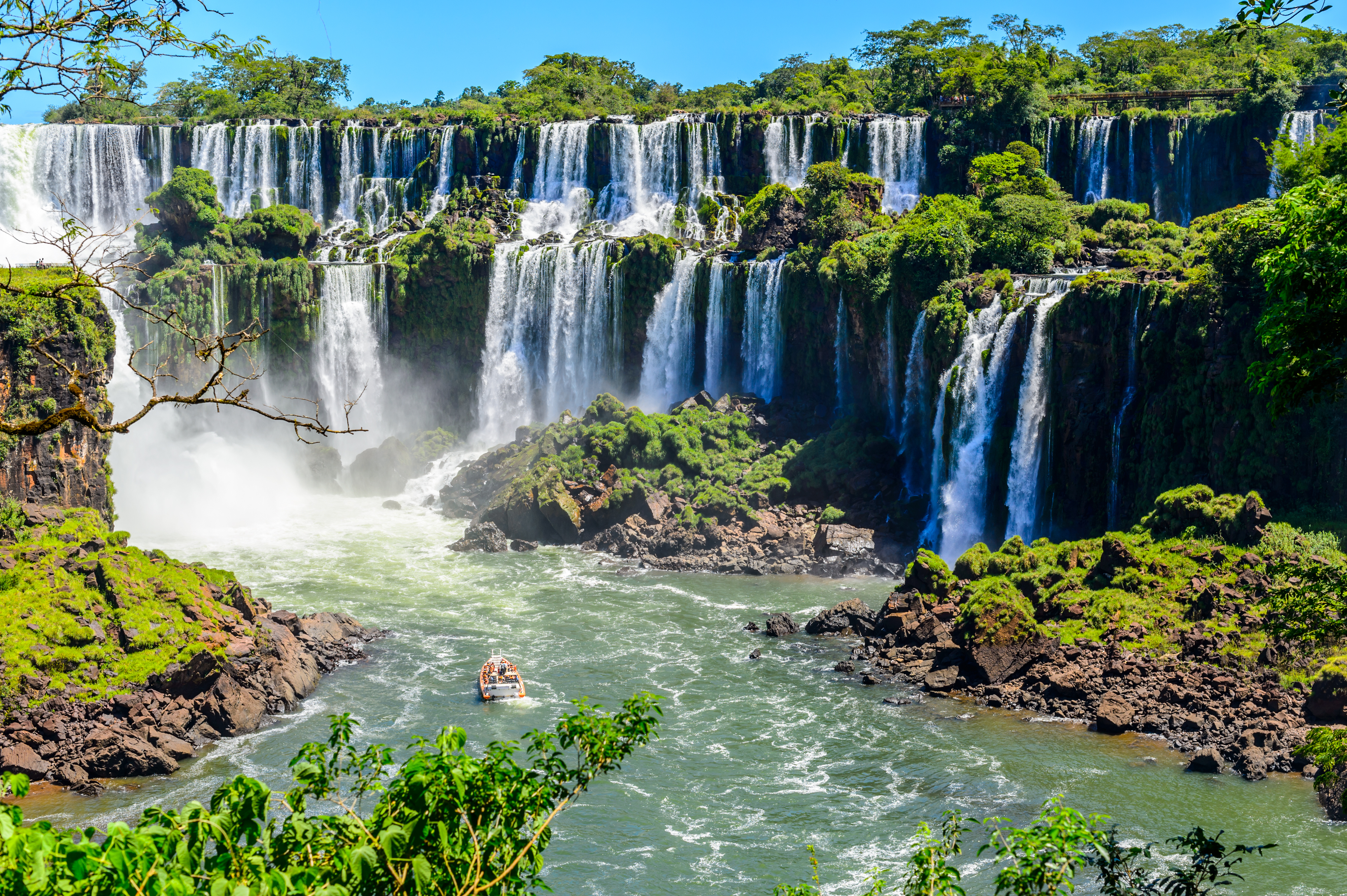 The beautiful Iguazu Falls provide a magnificent spectacle of 275 individual drops. They originate from the Iguazu River and sit on the border of Brazil (in the state of Paraná) and Argentina. Because of its location, the river forms the boundary between Brazil and Argentina, which makes it a significant part of the political and geographical structure of South America. Today, ownership of the Iguazu Falls is under UNESCO World Heritage Sites: the Iguazú National Park in Argentina and the Iguaçu National Park in Brazil.

The Iguazu Falls stretch in width for 2.7 kilometers (or 1.7 miles). Their height varies between 60 meters (200 feet) and 82 meters (or 269 feet). This astonishing height makes the Iguazu Falls taller than Niagara Falls and twice as wide. Special walkways have been built around the Iguazu Falls to allow visitors to get close up to this wonder of their natural beauty and power. Helicopter trips over the water also allow an entirely uninterrupted experience of the splendor of Iguazu.

Interestingly, the Iguazu Falls provide the backdrop for many films, including Miami Vice (2006) and Indiana Jones and the Kingdom of the Crystal Skull (2008). 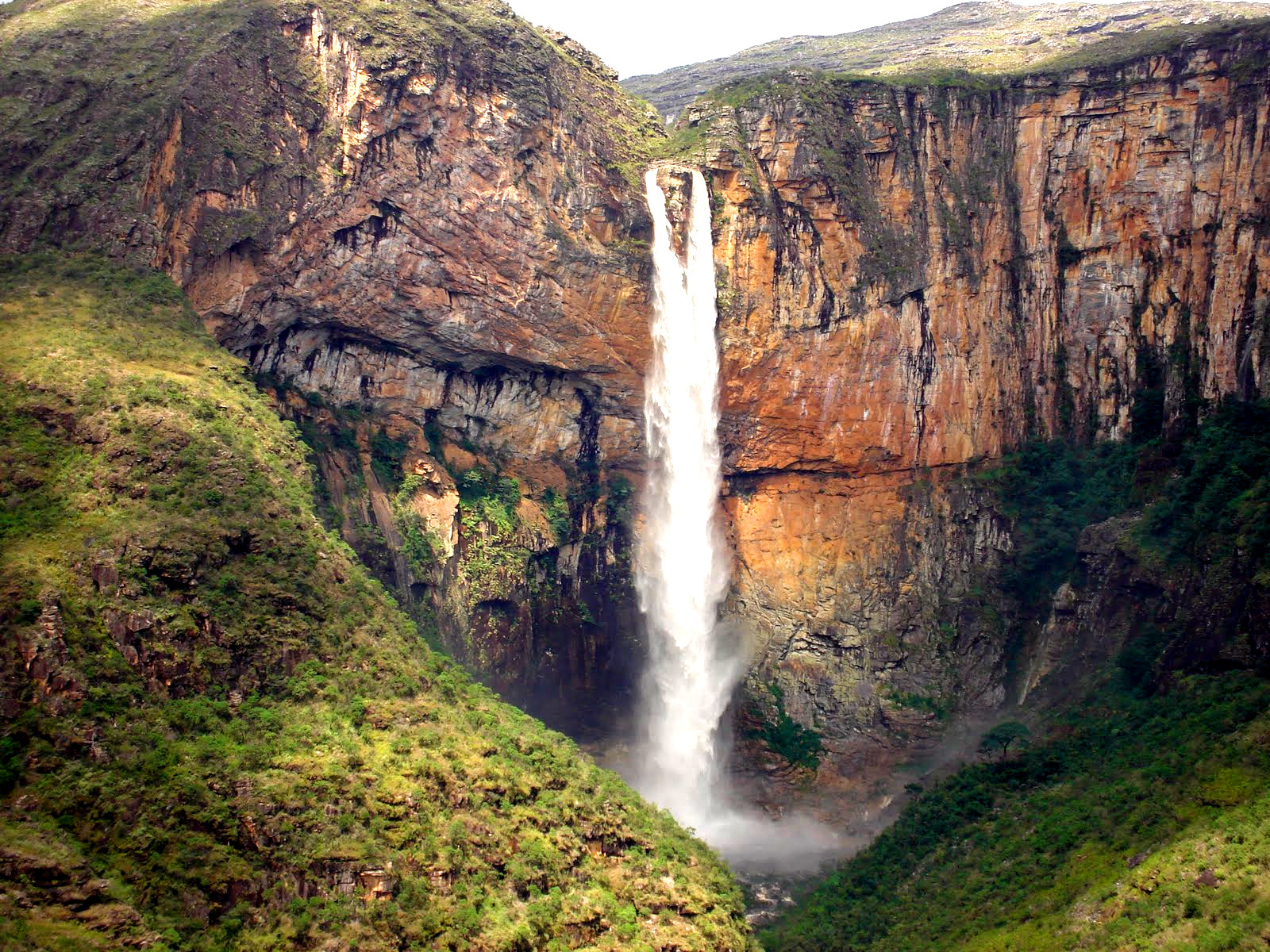 The Serra do Cipo is one of the most exuberant sets natural world. It sits in the Espinhaço, Minas Gerais, just 100 km from the state capital. Parque Nacional Serra do Cipo hosts dozens of waterfalls over its 210 square miles, and its most readily available ones include Veu di Noiva, a 224-foot waterfall along one of the park’s gentlest hiking trails, and the Sobrado Waterfall, which is five miles from the park’s base camp. Park officials recommend visitors hire guides to visit its more remote waterfalls, such as Sobrado de Cima and Traverse Tombador. Guides assist visitors through the unclearly marked routes to these destinations. The park allows guests to swim in the waterfalls’ basins but doesn’t permit camping within the park. 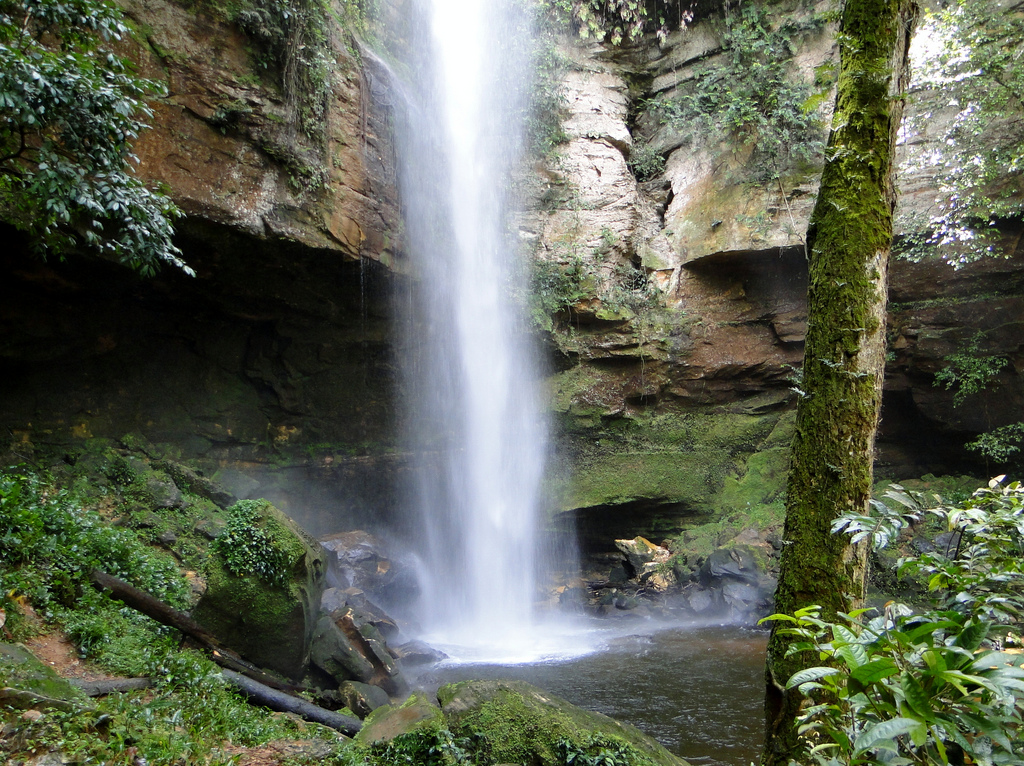 Taquarussu is a town located about 19 miles southeast of Palmas in the midst of the local rainforest. The area is host to a number of waterfalls. The tallest of which include the 230-foot Cachoeira de Roncadeira, followed by Cachoeira Escorrega Macao, whose waters plummet almost 200 feet. Travelers swim in the pools at the bases of both waterfalls, and adventurous guests rappel down Roncadeira’s face. The town maintains a trail leading to both falls and visitors hire local guides to escort them to the region’s other waterfalls and lagoons. Smoke Falls (Cachoeira da Fumaça) is a 340 m tall waterfall in Bahia, Brazil. Locals believed the falls to be the country’s highest waterfall until the discovery of the 353 m high Cachoeira do Araca (Cachoeira do El Dorado). Cachoeira da Fumaça sits in Chapada Diamantina, an attractive region for adventurers. It is known for the way the little water flow is sprinkled by the wind before it touches the ground. However, depending on the season, the falls can be completely dry. It is accessible from above, walking 6 kilometers (3.7 mi) from the ecological base placed in the Vale do Capão. Visitors also access it from below, after a three-day trek starting from Lençoís, Chapada’s best-known city. If you aren’t able to visit, Smoke Falls makes an appearance in the hit Bollywood film Dhoom 2!

Contributor at Trip Jaunt
Hey, I'm Zahra! As a media and culture enthusiast, I travel to curate stories that are reflective and incisive of diverse folks. I'm learning my 7th language and enjoy working out, practicing salsa moves in the shower, and talking to strangers on the subway.