Vancouver is breathtaking. It has the vibe of a cosmopolitan city with a vibrant restaurant, arts and culture and nightlife scene which is nestled amongst the most beautiful natural scenery making it the ideal location for those who want the best of both worlds. Imagine waking up to the view of the North Shore Mountains that consumes the city landscape and, let’s not forget, the lush Stanley Park, with just over 1,000 acres, it’s recognized as one of the largest urban parks in North America. For the adventurous, Vancouver makes it easy to play golf, go sailing and ski in the same day!

EAT, PLAY, CHILL and STAY — follow this guide to Vancouver for an unforgettable weekend. 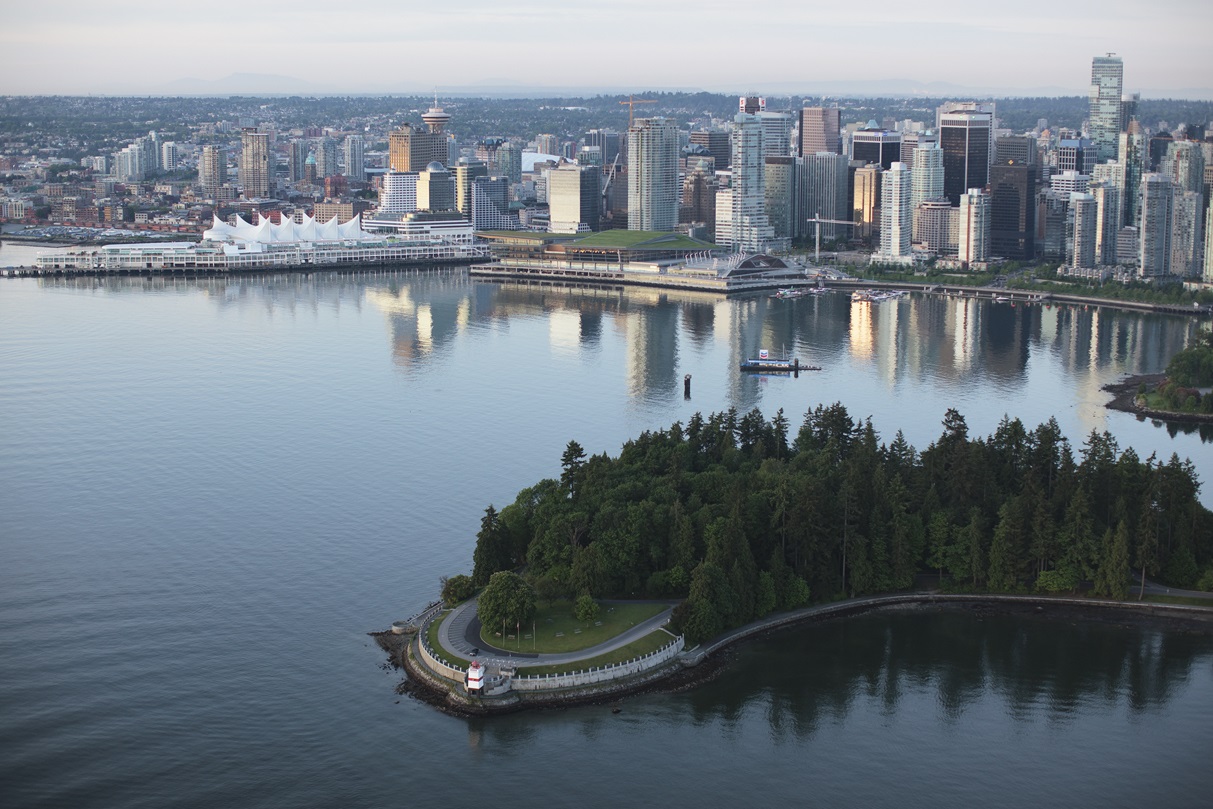 Vancouver is an ethnically diverse city, with approximately 35% of its population being foreign born. From English Bay, Kitsilano, Granville Island, West End, Robson, Gastown to Yaletown you can cover plenty of ground in a weekend. Vancouver is only 115 km², making it less than a ¼ of the size of New York City and easy to navigate. Vancouver’s main thoroughfares generally follow a user-friendly grid pattern: streets run north to south and avenues run east to west. The avenues, for the most part, are numbered 1st, 2nd, 3rd, etc. and the streets are named. Broadway is a rare exception to the avenue numbering rule: it should be 9th Avenue. Vancouver also has a reputation for being one of the most accessible cities in the world. For disabled visitors, most attractions and many recreational sites are fully accessible. 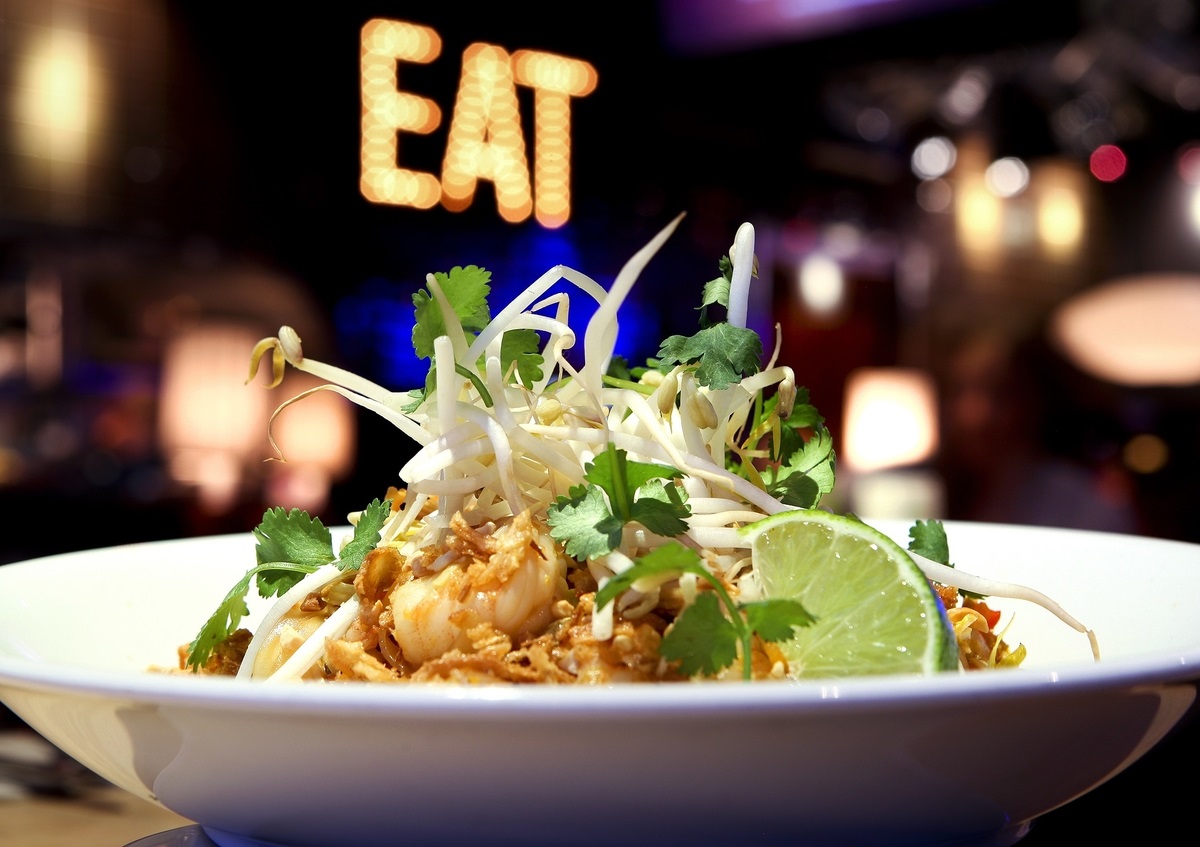 Grab some delicious grub in Vancouver. Photo by Clayton Perry.

Vancouver is teeming with distinctive dining areas: Gastown is a haven for the city’s young up-and-coming chefs and bartenders; Yaletown is where the city’s beautiful people come to feed at the hippest eateries; Robson Street has more than 50 restaurants ranging from Korean noodle houses to super-chic movie star hangouts; Chinatown has its dim sum haunts and fusion hotspots; Denman and Davie Streets house the city’s best selection of good-value, mid-priced restaurants; Granville Island, with its fine dining and casual eateries sharing great city and mountain views; Kitsilano, complete with vegetarian haunts, quirky coffee houses and fine dining, especially along 4th Avenue; South Main is filled with small, eclectic joints, many catering to local veggies; and Commercial Drive has its independent coffee bars and diverse ethnic eateries. 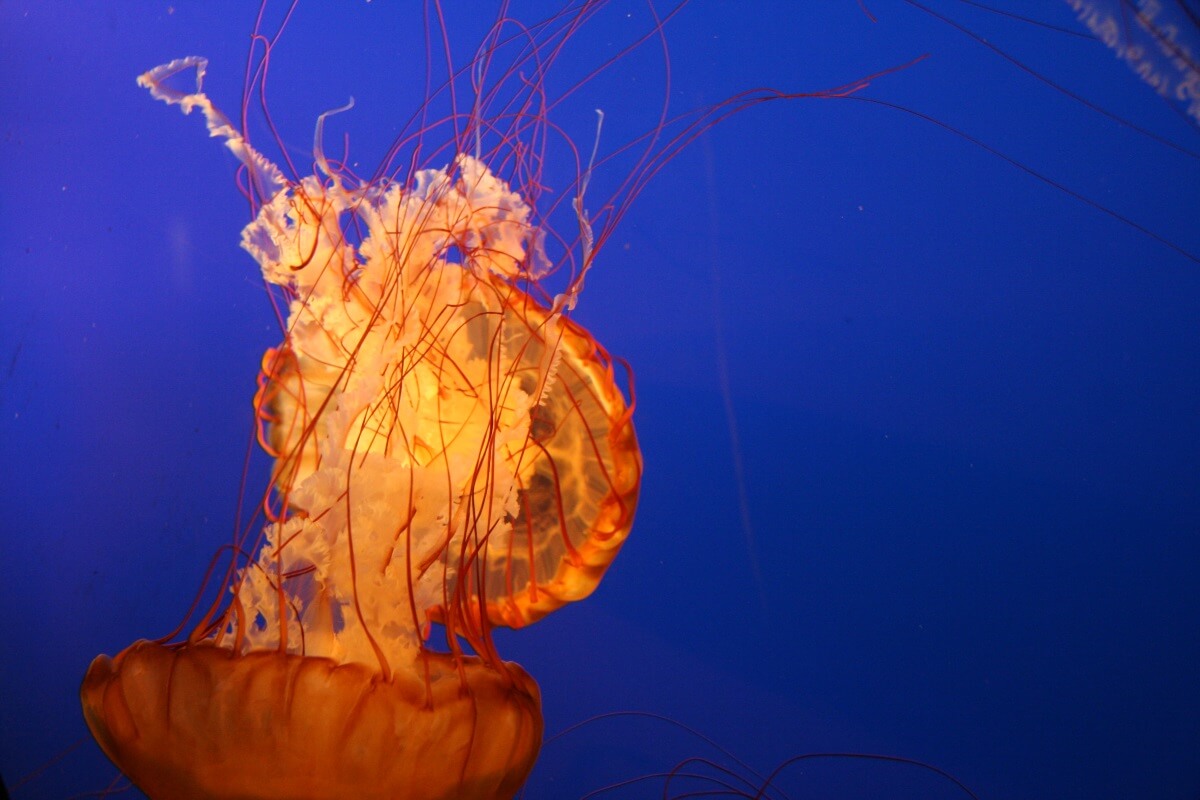 Seafood is a Vancouver dining specialty, but not all aquatic dishes are created equally. Pioneered by Stanley Park’s Vancouver Aquarium and by innovative chefs across the region, the popular Ocean Wise initiative supports sustainable fishing practices, ensuring that the seafood on your restaurant table has been raised, sourced and supplied in an environmentally sound manner. Dozens of restaurants in Vancouver alone have signed on to the Ocean Wise conservation initiative. Many community festivals across the city offer great opportunities to hang out and eat with the locals. Have a look at the list we prepared for you. Bon appetite! 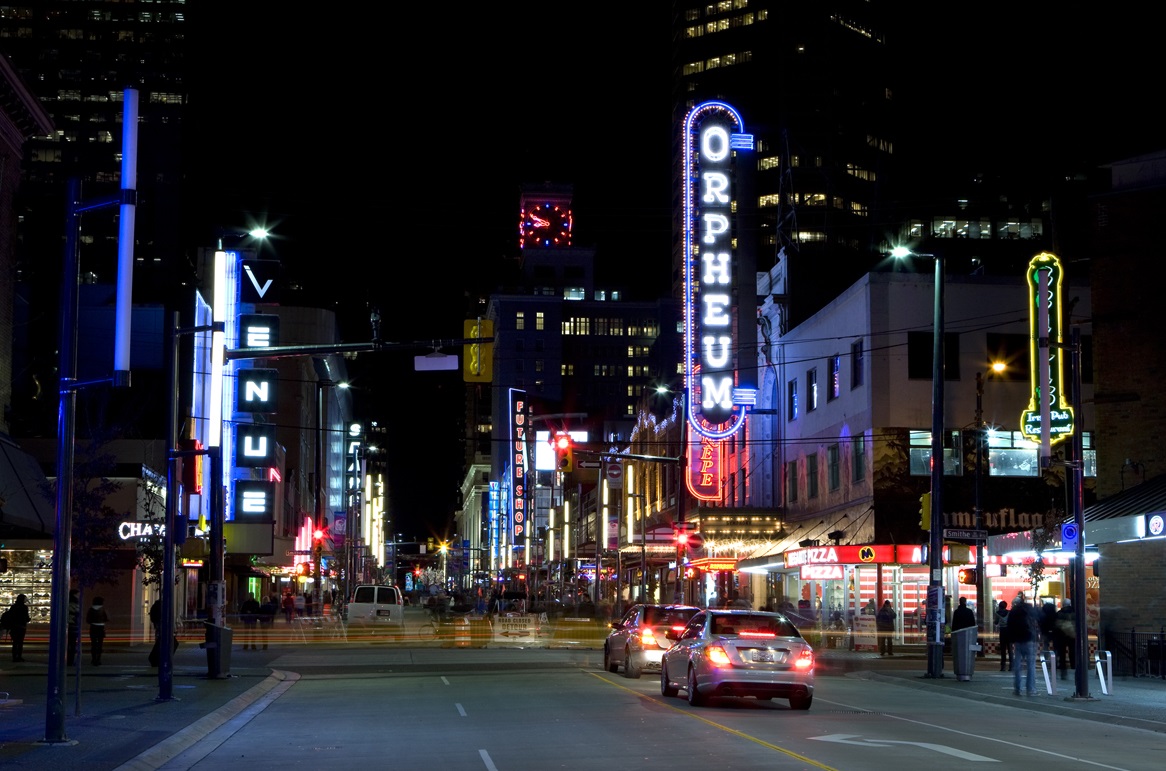 With the ocean, mountains, parks and vibrant nightlife at your fingertips, the list of things to do in Vancouver is endless. You don’t have to break the bank to do what your heart desires. There are many free activities to enjoy from strolling to rolling around the parks, to perusing the totem poles in Stanley Park and taking a dip in the Pacific Ocean. As a highly pedestrian city, you can enjoy a leisurely walk through Vancouver’s neighborhoods, each with their own distinctive dining, drinking and shopping scenes. And, depending the time of year you plan your visit, there is bound to be a festival happening. For the sports fan, you can take in a professional sports game to playing sports at the beach or park. And let’s not forget about the city’s exciting diverse nightlife; whether you enjoy live music or dancing, partying with the locals is a welcoming experience. To help you plan your activities day-to-night, peruse our list of things to do. Have fun! 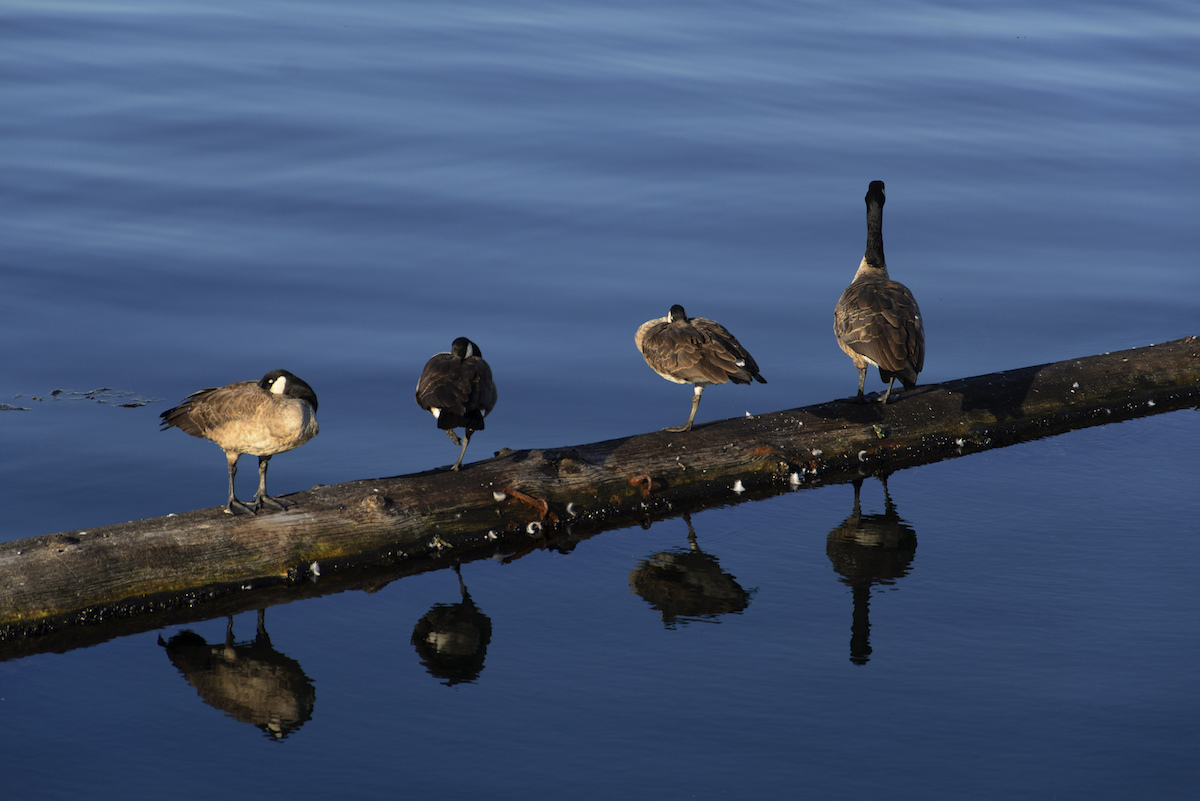 The west coast of Canada is known for its laid back disposition. You get a sense of it from the pace and general vibe of the locals. The compact downtown core – around one mile across – is a short stroll from neighborhoods like Gastown, Yaletown and Chinatown as well as the beaches of the West End. Walking to Stanley Park along the seawall from Canada Place is one of the city’s signature promenades and the botanical gardens are breathtaking. You’re never far from a bus, SkyTrain or mini-ferry service if it’s time to rest your legs. You can kick back and enjoy a cup of coffee at a café (and there are a lot of them) or take advantage of the shopping opportunities. Or, enrich the mind at a museum, an art gallery or sit back and enjoy the theater. 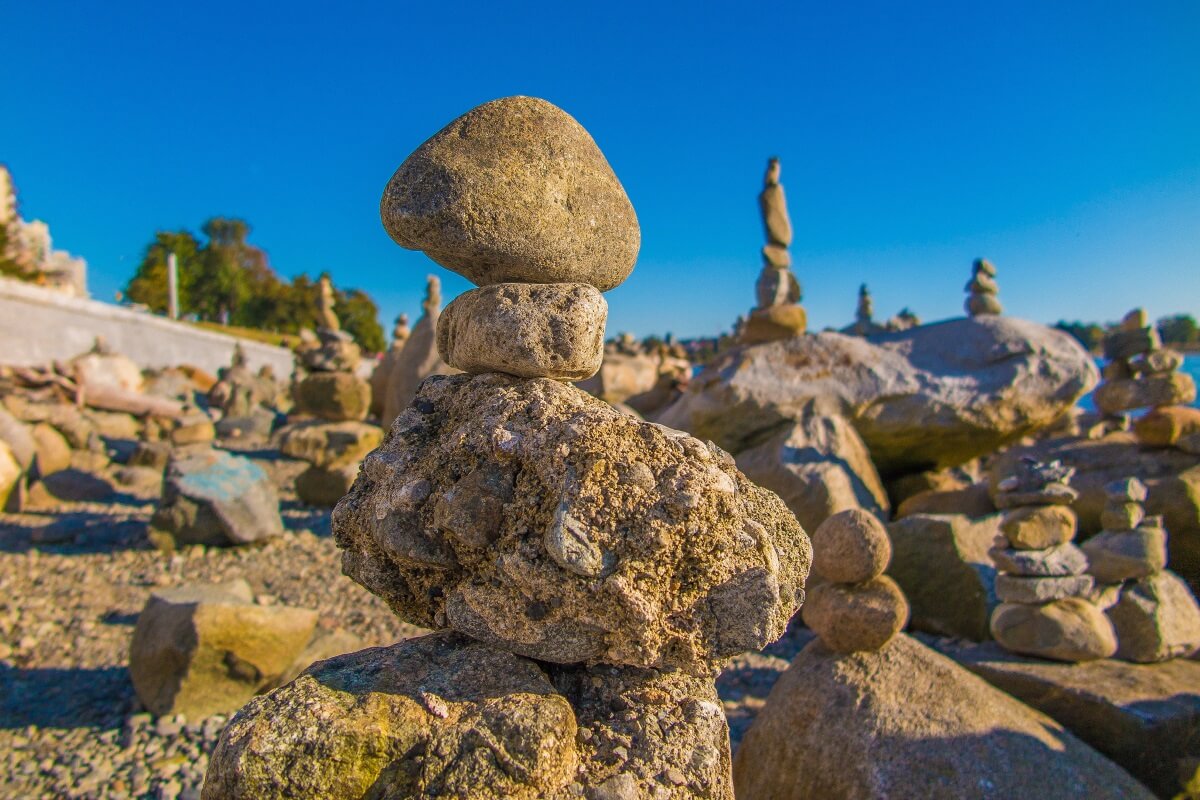 You’re never far from the coast in Vancouver. Photo by Shinsuke Ikegame

If a day at the spa is what you need, Vancouver boasts some incredible spas to help you feel revitalized with the newest products and treatments. If you fancy a treatment with a special Vancouver flavor, consider the Fairmont Pacific Rim’s Willow Stream Spa for its Coastal Mountain Body Wrap; the Shangri-La Hotel’s CHI Spa for its West Coast Wave Massage; and the West Coast Seaweed Journey at the Pan Pacific Hotel’s Spa Utopia. Read on for a full list of ways to chill in Vancouver. 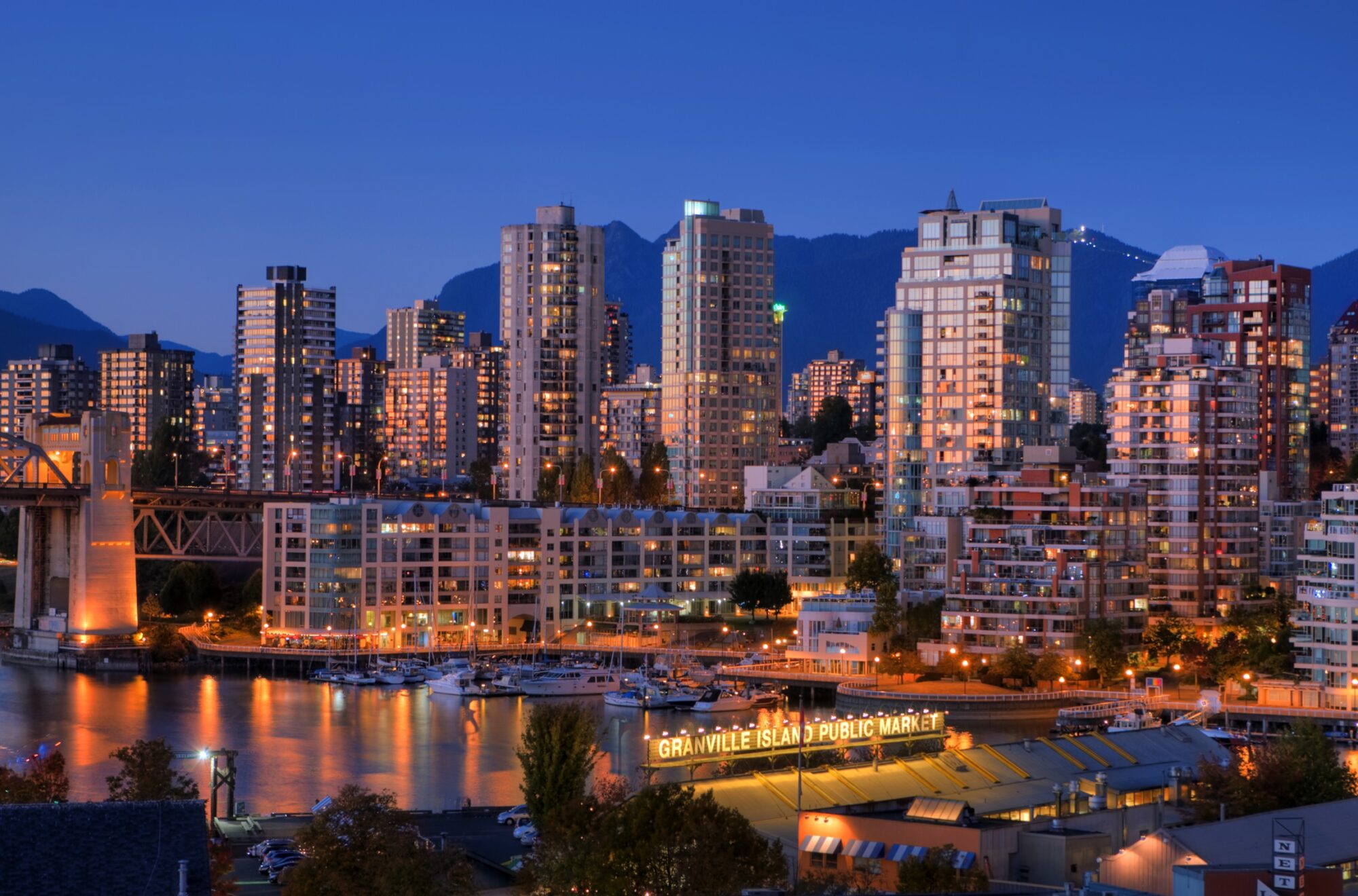 There are more than 25,000 hotel rooms in over 210 hotel properties in Metro Vancouver. More than half of these rooms are downtown. While the average rate is just over $130, rooms can go for as little as $70 or for more than $1,000 a night. The best hotel deals are offered October through April. For our zero carbon footprint travelers, Vancouver has a host of hotels designated under the global Green Key Eco-Rating Program as exemplifying great environmental stewardship. Only a few dozen hotels around the world have the coveted top-level Five Green Keys rating and in Vancouver these include the Fairmont Pacific Rim, Fairmont Waterfront, Hyatt Regency Vancouver and Four Seasons Vancouver. As part of its commitment to environmentally sustainable practices, the Fairmont Waterfront sources herbs from its own rooftop garden, which also includes a honeybee apiary. 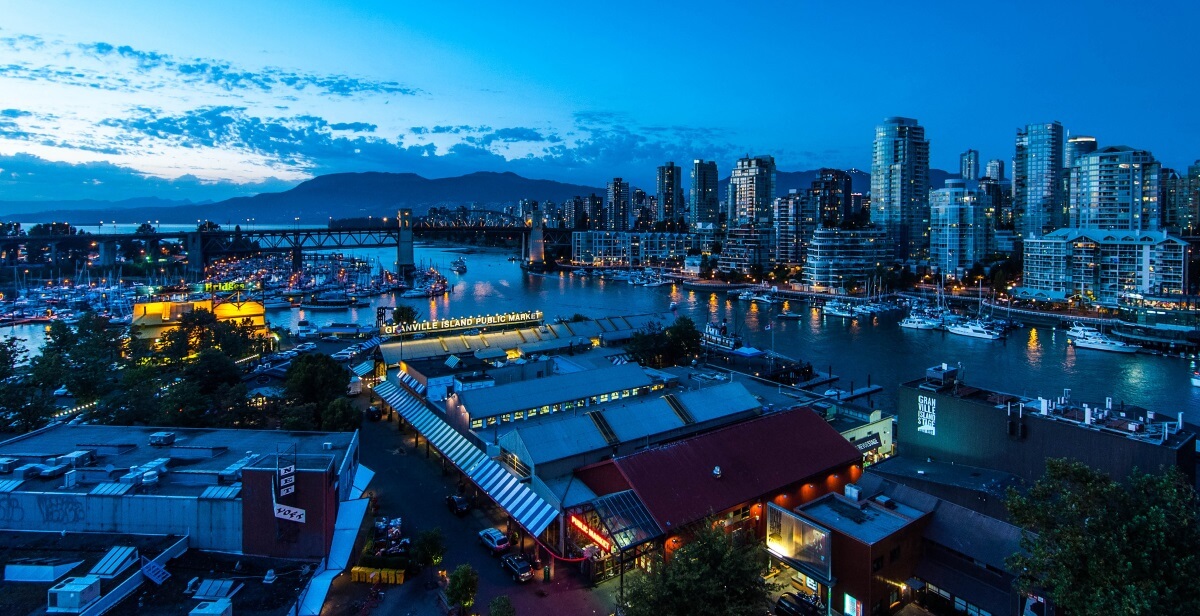 The city also has a number of boutique hotels with Vancouver flare such as the new Skwachays Lodge. It provides guests with a unique Aboriginal experience such as a sweat lodge and original carving and paintings. YMCA that has the amenities of a large hotel and the beautiful Granville Island Hotel that feels like an island retreat that is still at the center of the action. Whatever you are looking for, you are a click away from finding something within your budget. Good night!

This destination guide was originally published on trivago.com.