Philadelphia is known for its remarkable entertainment options, iconic sites, indie shops, dining hotspots and cultural offerings throughout its diverse neighborhoods. It is the second-largest city on the East Coast and sixth largest in the United States. Philadelphia provides its tourists with a chance to become immersed in its rich history or to make their own history with everything the city has to offer. 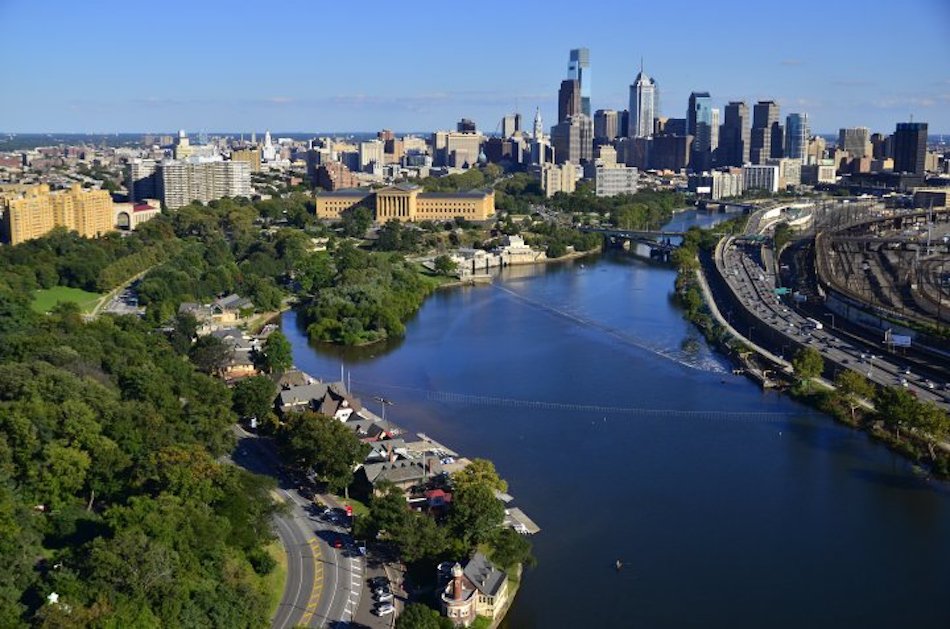 Despite having more than 1.5 million city residents, the city still has a small-town feeling. Philadelphia feels and functions like a collection of individual neighborhoods, each with their own personality and close-knit communities that make you feel like family and where local businesses thrive.

Since the mid-1800s, Philly’s downtown Chinatown area has been organically evolving. Pass through the famous Chinatown Friendship Gate at 10th and Arch Streets to find a core area consisting of blocks filled with authentic Asian restaurants, bakeries, cafes, markets and indie shops. 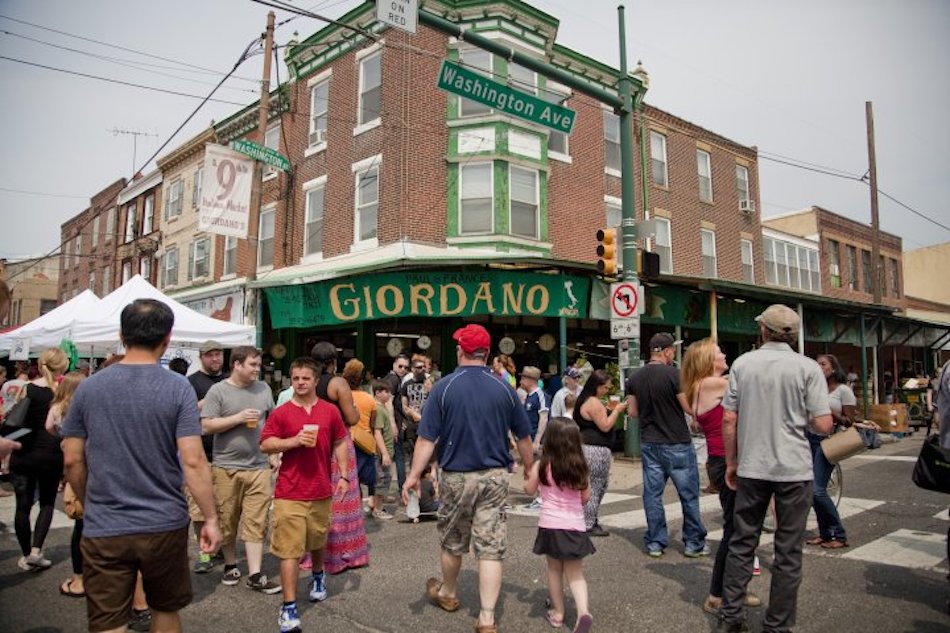 South Philadelphia is the residential and commercial center for the Italian community. Shop or take a stroll down the Italian Market (referred to locally as the 9th Street Market) for the best meats, seafood, cheeses and Italian delicacies to enlighten taste buds and fill your stomach’s desire. 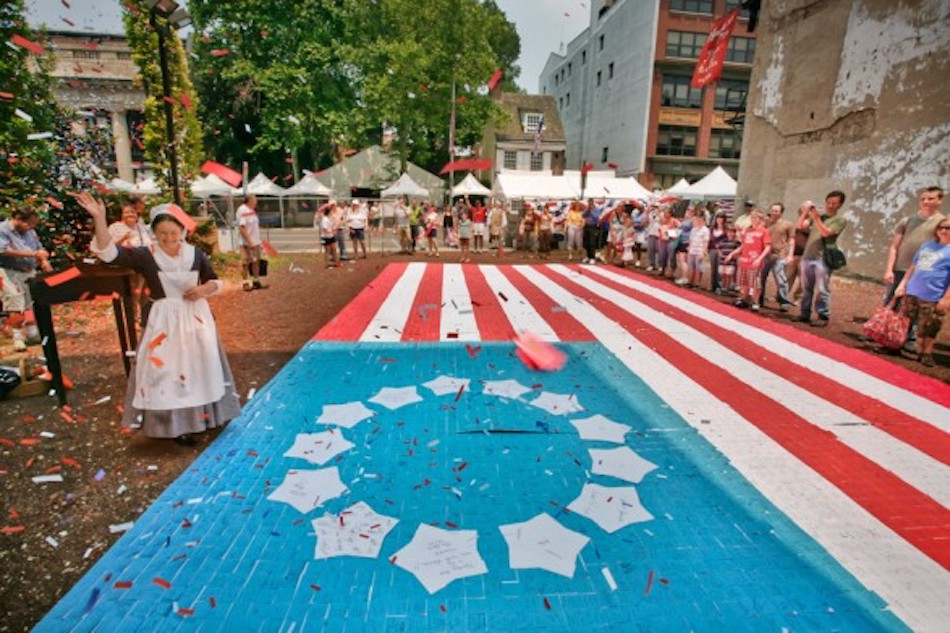 There is no other city with so much American history packed into its nooks, crannies, and alleys. Philadelphia has been around since 1682 and was central to the Revolutionary War. It is a destination enriched with the Founding Fathers and the signing of The Declaration of Independence and The Constitution. 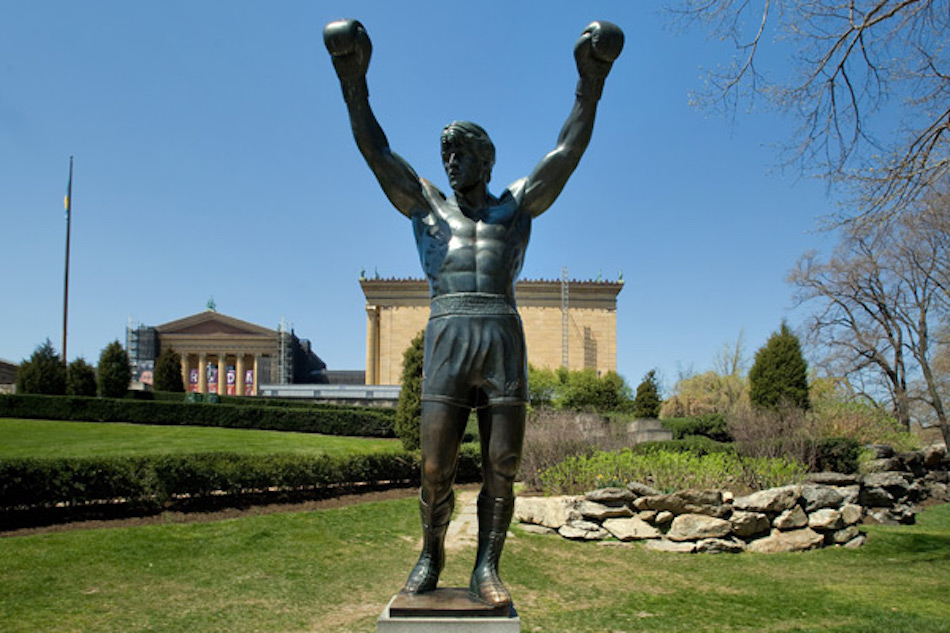 The Rocky Statue and famous “Rocky Steps” – better known as the Art Museum Steps – are two of the most popular attractions in Philadelphia. Visiting the statue, running up the steps and taking a picture at the top is pretty much a must on your first visit to Philadelphia. It’s a rite of passage. 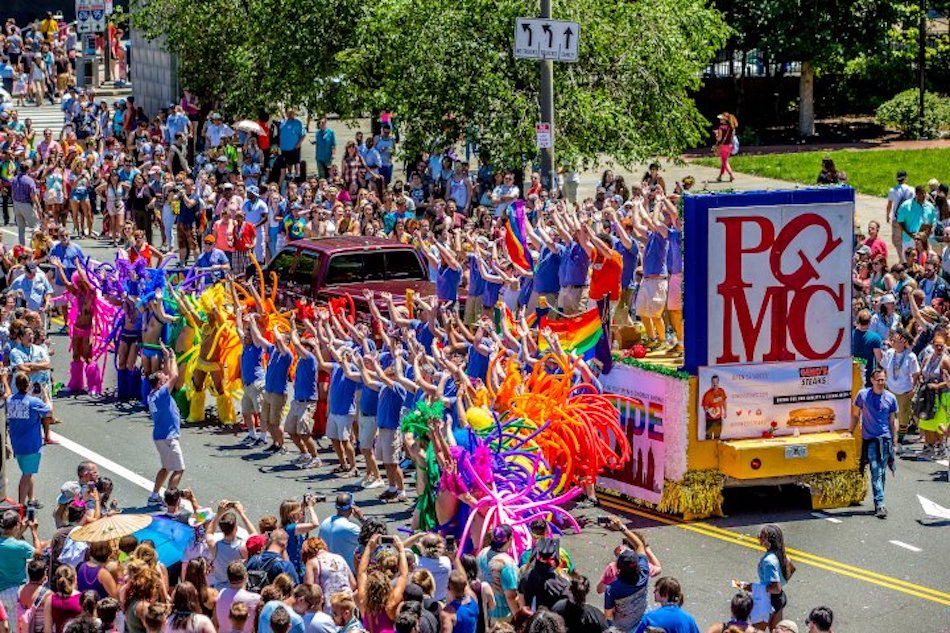 Philadelphia is proud to be LGBT and a gay-friendly place. “The Gayborhood” has been officially recognized by the city, known for its attachment of rainbow pride flags to many of the area’s street signs. The neighborhood has numerous LGBT-focused businesses, including bars, restaurants, stores, and services.

To truly appreciate this city and find the best place to visit or call home, explore the different neighborhoods and discover what each has to offer. Trendsetters and socialites head to Northern Liberties and Fishtown for its nightlife and bustling scene. For the collegiate types, there’s University City, where the University of Pennsylvania and Drexel University are located.

Rittenhouse Square and the Washington Square area is the upscale hub of the city with exquisite shopping and high-end cuisine. South Street has a tourist spirit with unique shops and places to dine. You can spend a lifetime discovering all the niches of Philadelphia.

Those who think ‘cheesesteak’ when thinking Philly food: Think again. Philadelphia – long known for American history, passionate sports fans and, yes, cheesesteaks – continues to emerge as one of the country’s finest culinary destinations. More than a decade of development has transformed the region’s dining scene from merely memorable to absolutely abundant. 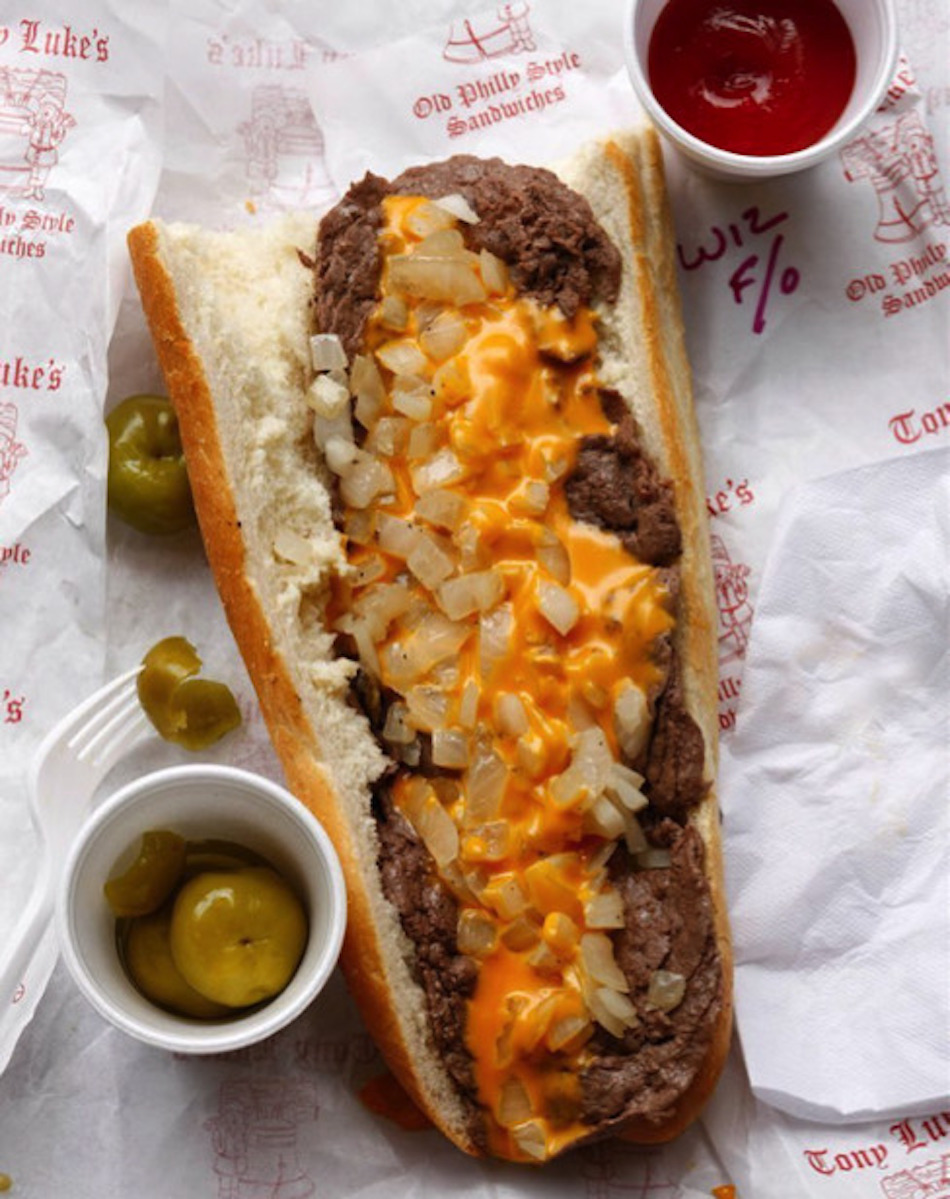 Philadelphia’s charms as a premier food and dining destination are increasingly well known – and increasingly well documented in renowned newspapers and magazines such as Bon Appetit, Food & Wine, The New York Times, The Washington Post, GQ and many others.

Enjoy the bring-your-own-bottle (BYOB) homegrown dining tradition that is quintessentially Philadelphian as you bite into your savory meal. At last count, Philly and its surrounding countryside had more than 300 BYOBs and the scene continues to expand. 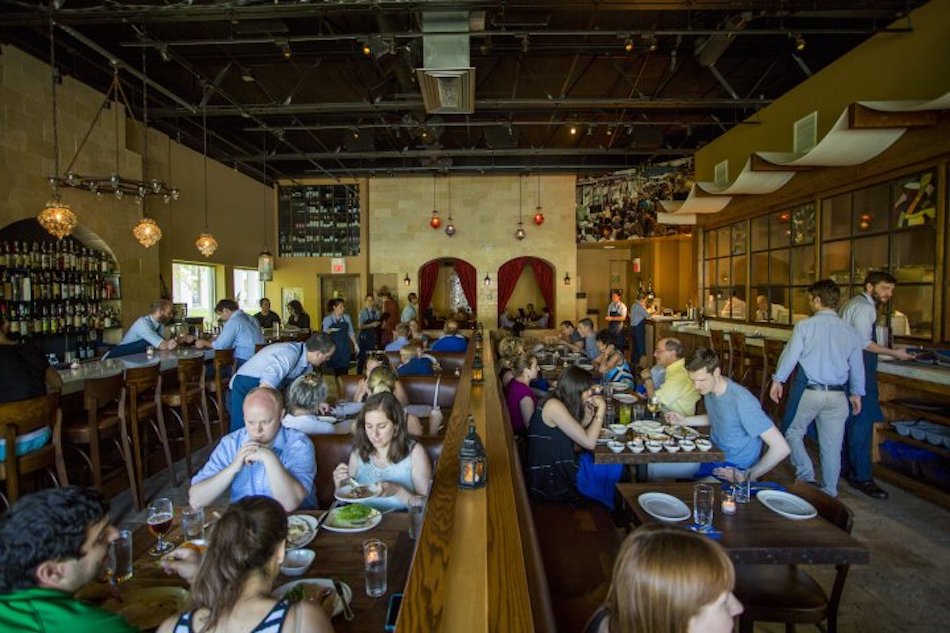 Considered by many to be Philly’s very best restaurant, Zahav is a modern Israeli restaurant that brings the authentic flavors of Israel’s cultural heritage to Philadelphia. Chef Michael Solomonov’s modern Israeli menu is creative, affordable, and easy to explore and fall in love with. The real showstopper is the pomegranate lamb shoulder, but even something as simple as hummus is genuinely eye opening here. 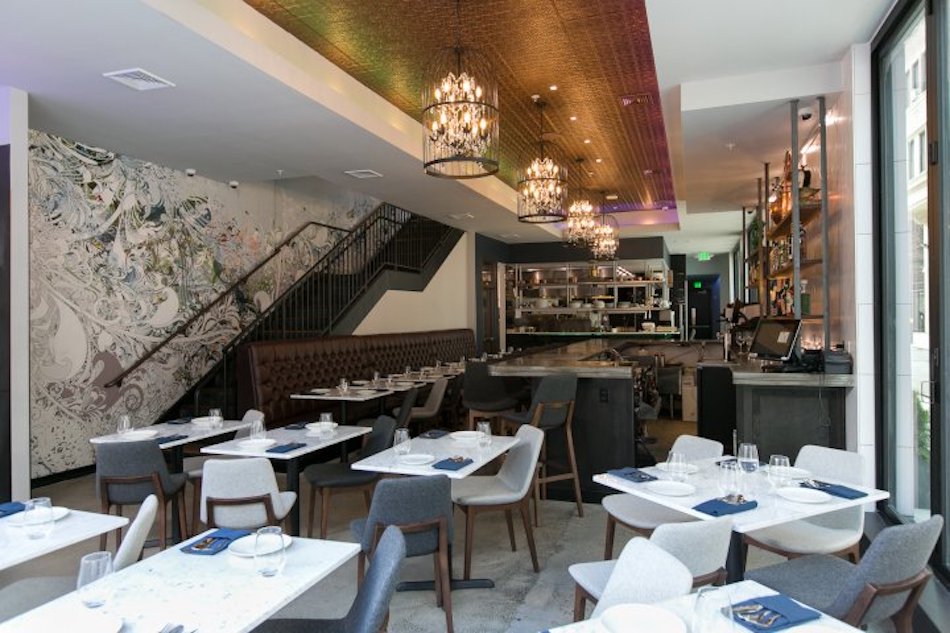 The much-anticipated Maison 208 is now open. The new 13th Street restaurant comes from Sylva Senat, the Haitian-born chef and most recent Top Chef contestant whose trajectory has taken him through the kitchens of Stephen Starr and Jean-Georges Vongerichten. The restaurant has an American and French infused menu with a wine focus of over 75 bottles with a white, pink and orange lean, each of them available by-the-glass no matter the price. 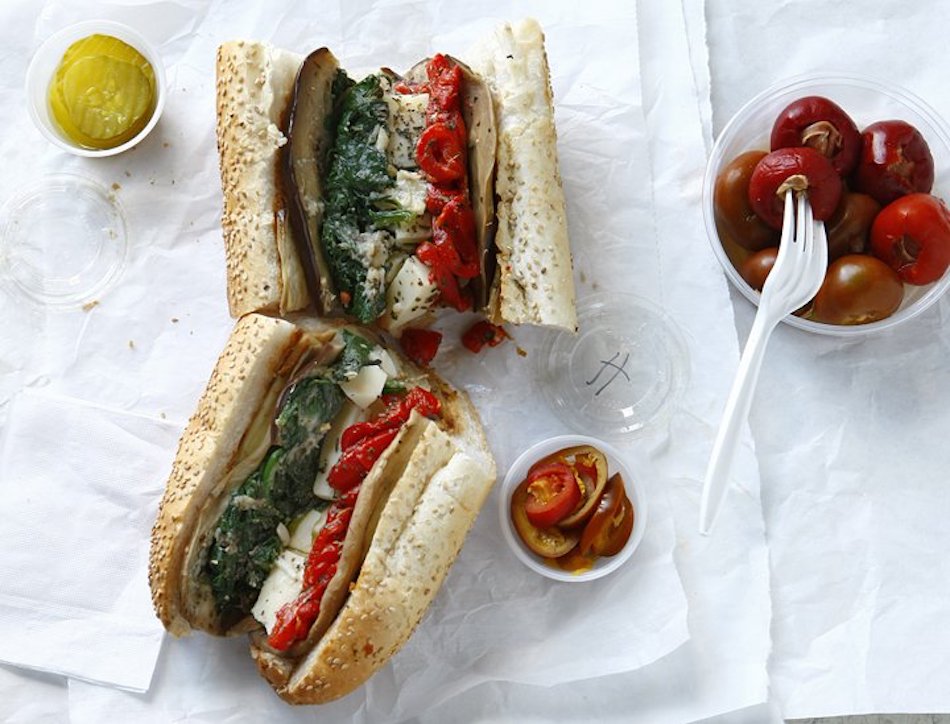 Outside of the Philadelphia and New Jersey area, they’re often called “subs” or “heroes.” Philly takes its hoagie game seriously: The bread has to be just right—slightly crunchy on the outside, and soft enough to allow a hungry eater bite through to the hearty supply of deli meat, cheese, and toppings.

Outside of the cheesesteak, there’s another Philly sandwich that many locals consider to be the real hometown choice: roast pork.  It starts with a quality long roll, then topped with roasted sliced pork, provolone cheese, and broccoli rabe. The version at Tommy DiNic’s in the Reading Terminal Market once earned the title “Best Sandwich in America” by the Travel Channel.

Called Italian ice in other parts, water ice dominates the summer snack market in Philadelphia. It’s smoother than a snow cone or shaved ice, and the flavor is mixed right in, rather than poured on top. South Philadelphia’s John’s Water Ice and multiple Rita’s Italian Ice locations keep people cool in the warmer months. 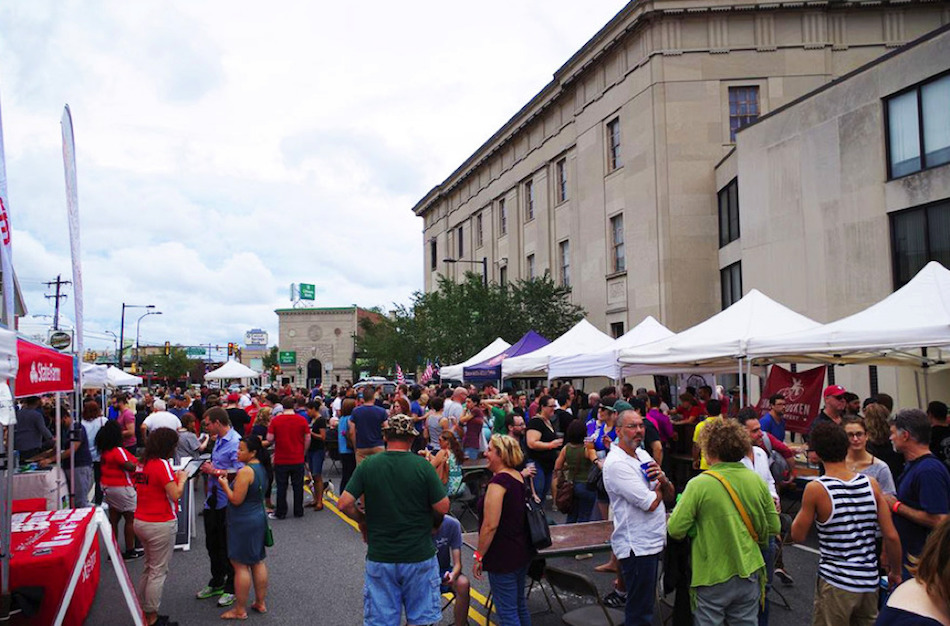 There are few better ways to experience a region than through its food. With a rapidly growing dining scene and a bevy of signature eats, that’s certainly true for Philadelphia. Luckily, there are tons of awesome food festivals hitting the area that let you do just that.

Along with massive al fresco and tented events that showcase the culinary classics of the city and the talent behind them, there are also plenty of delicious festivals that allow you to dive deep into the cuisines of other cultures, learn about top produce and enjoy traditional American comfort foods and more.

Craving some fun in the fresh air and sunshine? Don’t worry because here in Philadelphia city limits are just lines on a map. Grab a bike, kayak, and a water bottle, because Philadelphia and The Countryside have more outdoor activities than you can shake a walking stick at. From horse trails to wine trails, the possibilities are boundless. 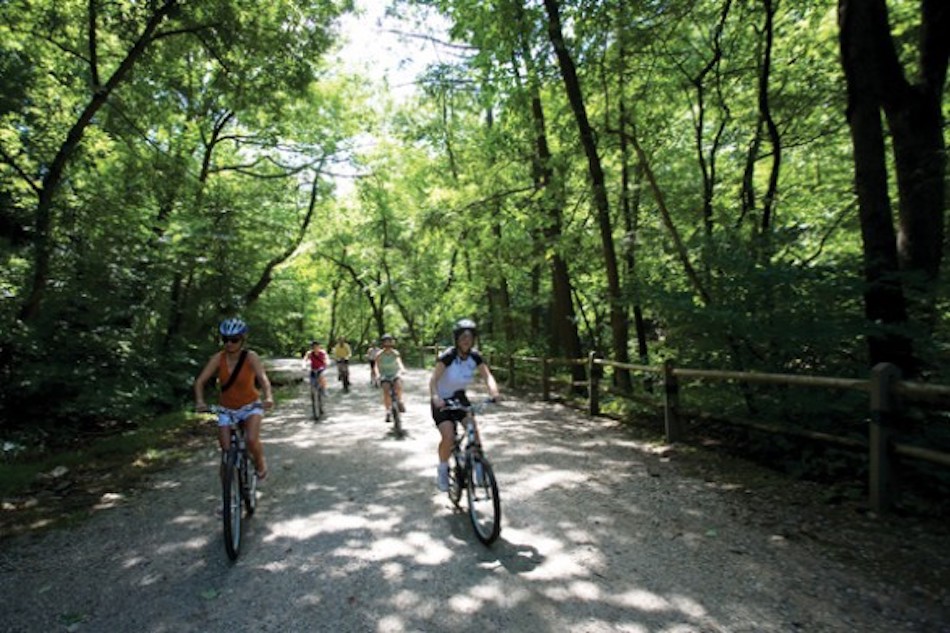 Fairmount Park keeps a wealth of natural landscapes within easy reach of all city tourists and residents. There are miles of trails for horseback riding, off-road cycling, and deep woods hiking, yet there are also tours of historic mansions, Japanese tea ceremonies and outdoor concerts. Environmental centers, as well as a wildlife refuge treatment center, help bring the natural world to life for adults and children alike. 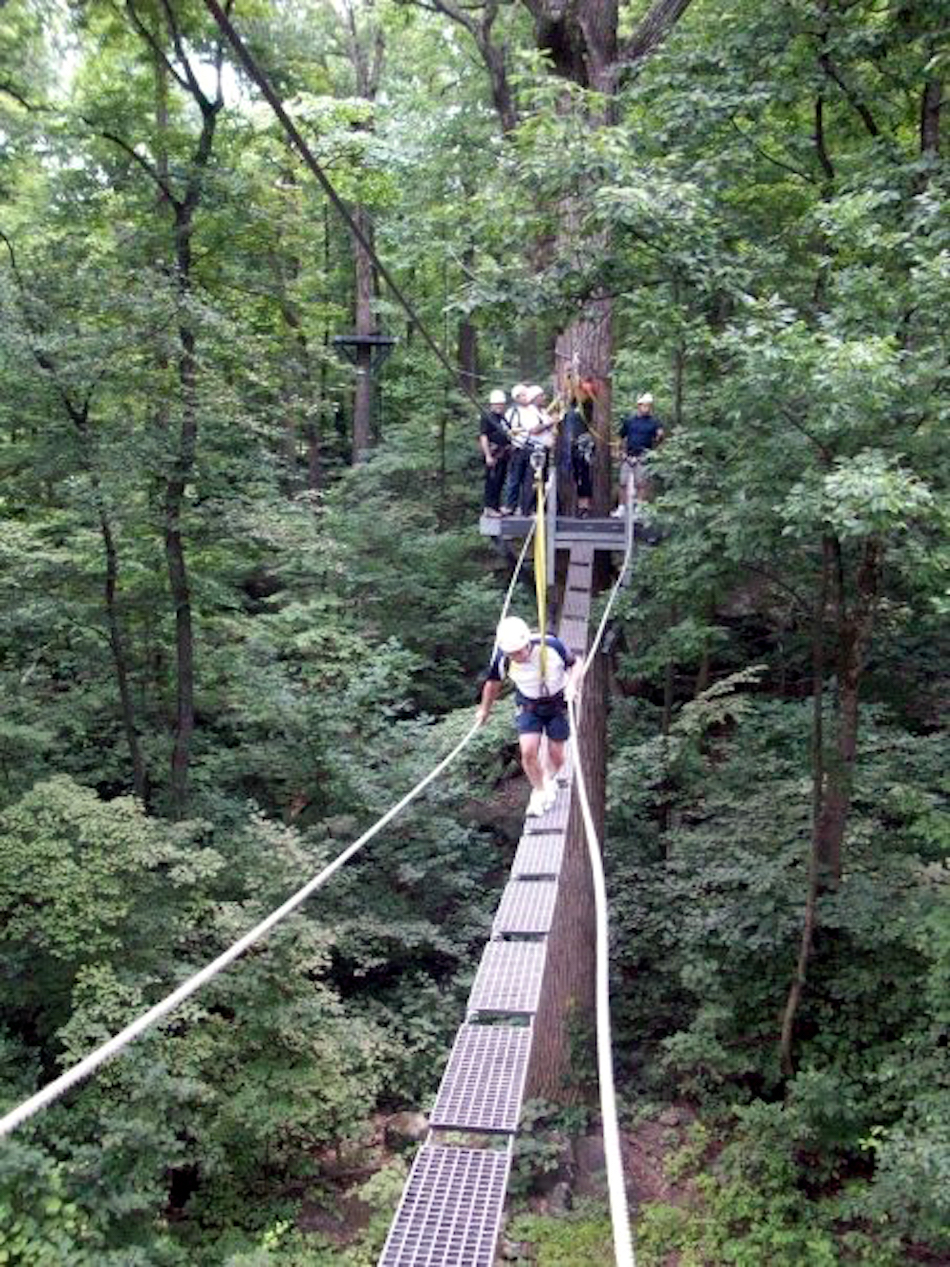 Let your wild side out by going to the region’s premier rock climbing gym at Go Vertical or try a zipline Canopy Tour for a trip up into the treetops at Spring Mountain. Want to experience weird geology? Then explore a seven-acre field of boulders that ring like bells and provide a beautiful landscape at Ringing Rocks Park.

Whether you’re looking for the tantalizing smells and sounds of an outdoor festival, the offbeat challenge of an orienteering competition, or the chance to measure yourself against some of the nation’s best athletes in an elite sporting event, you’ll find what you’re looking for in Philadelphia and its array of festivals.

Beer gardens are the ultimate summertime hangout. One of the biggest reasons everyone loves beer gardens so much is their versatility. The open-air hangouts are perfect for a night out with friends, a happy hour with co-workers, dinner and drinks with the family and even a daytime hang with the kids.

Fortunately, Philadelphia has numerous beer gardens for one and all to enjoy. So whether you’re looking for a liter of draft beer served in an authentic German beer stein (Frankford Hall) or a local beer in a waterfront hammock garden (Spruce Street Harbor Park), Philadelphia’s beer gardens have you covered.

Many of the beer gardens are seasonal and change location from year to year. Check www.uwishunu.com for best listings. 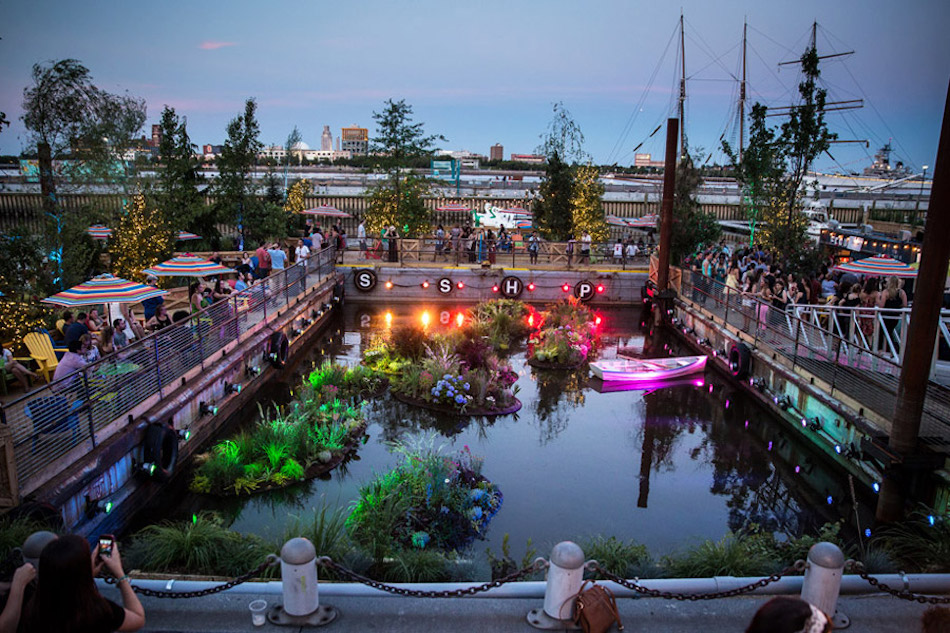 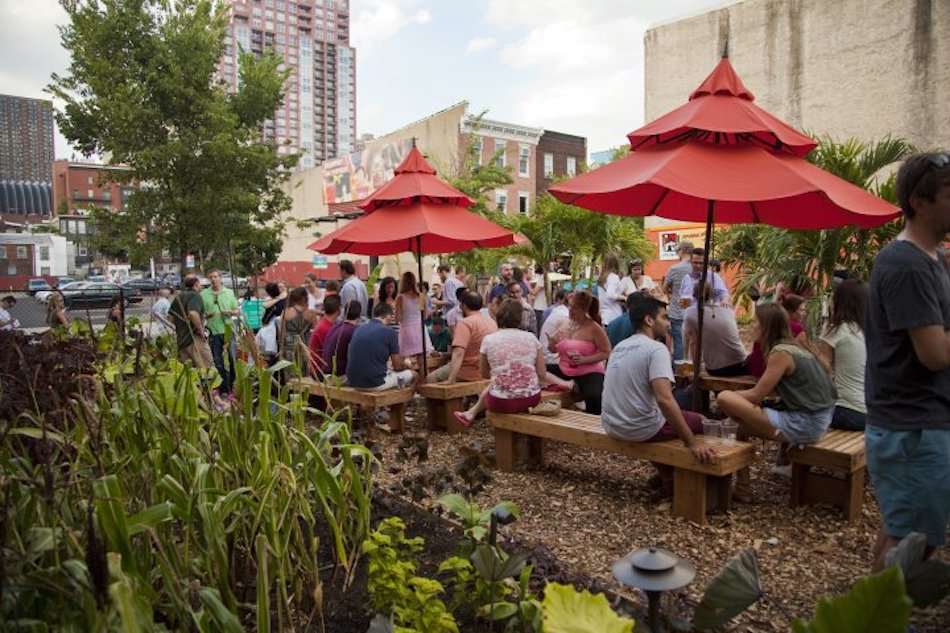 The Pennsylvania Horticultural Society (PHS) offers two Pop Up Gardens in 2017, each with a different vibe. One returns to South Street with Cantina Los Caballitos set to operate the garden and serve up margaritas, mojitos, craft beers, burrito bowls and more. The other has a brand-new location in uCity Square where Jet Wine Bar will run the show and delicious Tex Mex style eats will be served from Rex 1516 and Café Ynez. 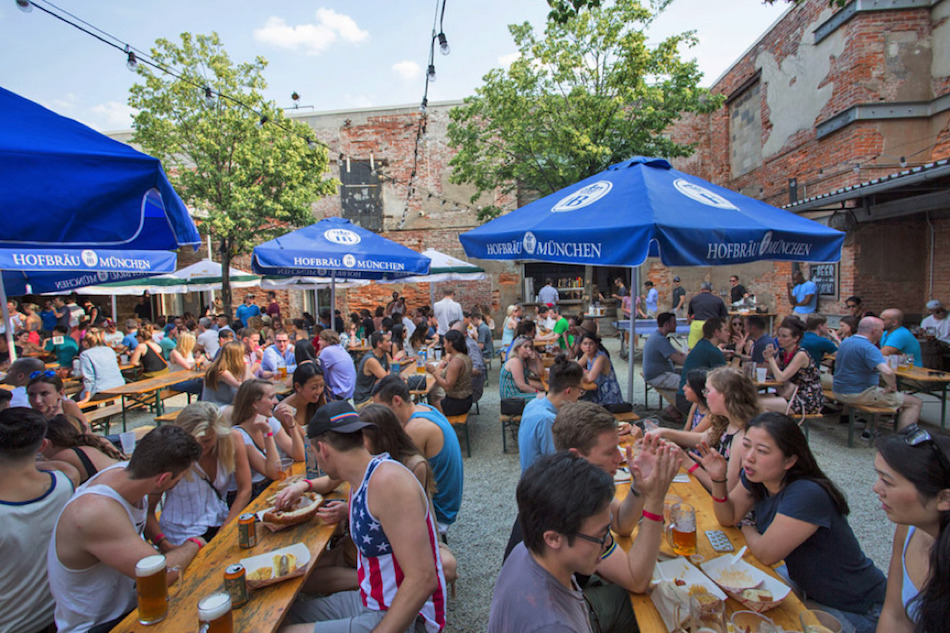 Open year-round, Stephen Starr’s Frankford Hall seats up to 240 people outside. The space is simple by Starr standards, complete with exposed brick walls, reclaimed industrial materials, and ping-pong tables. Classic German foods are available at a walk-up counter, as is a hefty beer menu that includes everything from traditional German beers to craft specialties available by the half-liter or liter. 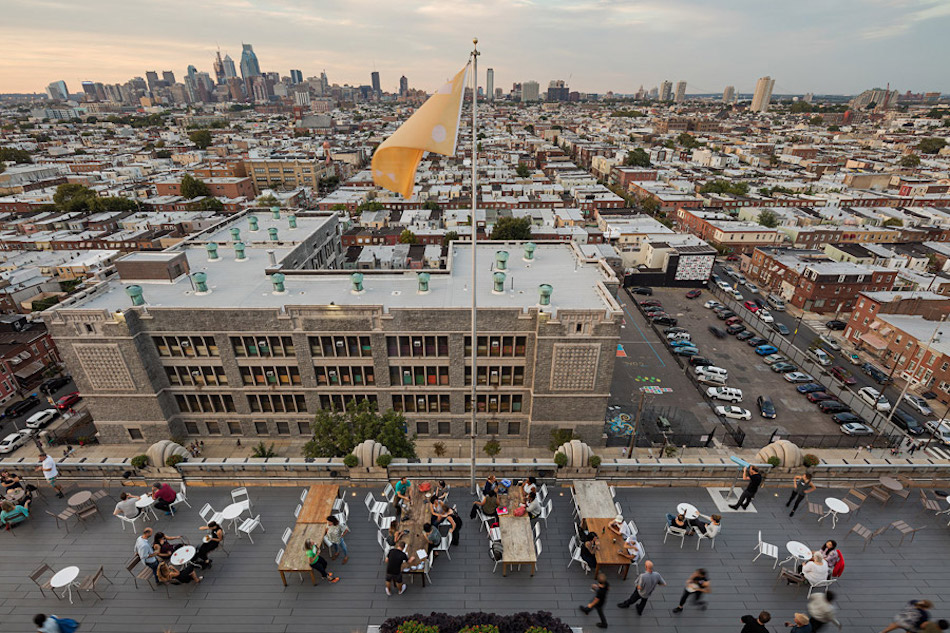 Each spring, the rooftop of South Philadelphia’s former Bok High School turns into a spacious beer garden with stellar skyline views open Wednesdays through Sundays. A variety of drinks are served alongside light bites and snacks. Head to the south-facing spot during the golden hour to enjoy a beer and an epic city view of the sunset.

In the past two decades, Philadelphia has experienced an unprecedented hotel boom. From luxury hotels and hip boutique hotels to family-friendly suites and cozy B&Bs, Philadelphia has hotel accommodations that will satisfy your needs and meet your budget.

Don’t miss the popular Visit Philly Overnight Hotel Package, which gives you one or two nights at participating hotels, FREE hotel parking and tons of cool perks that vary by season. 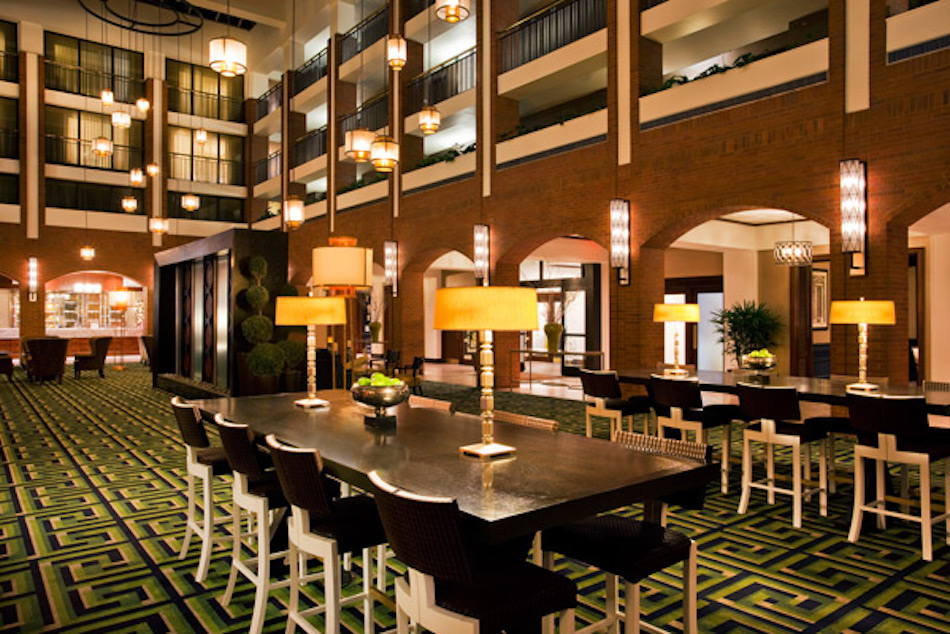 Cobblestone streets and historic landmarks greet guests upon arrival at the Sheraton Society Hill in the heart of Philadelphia’s oldest and most charming neighborhood. The landmark hotel is just steps away from world class restaurants, shopping, nightlife, and entertainment along with top attractions like Independence Hall, the Liberty Bell, the National Constitution Center and Penn’s Landing. 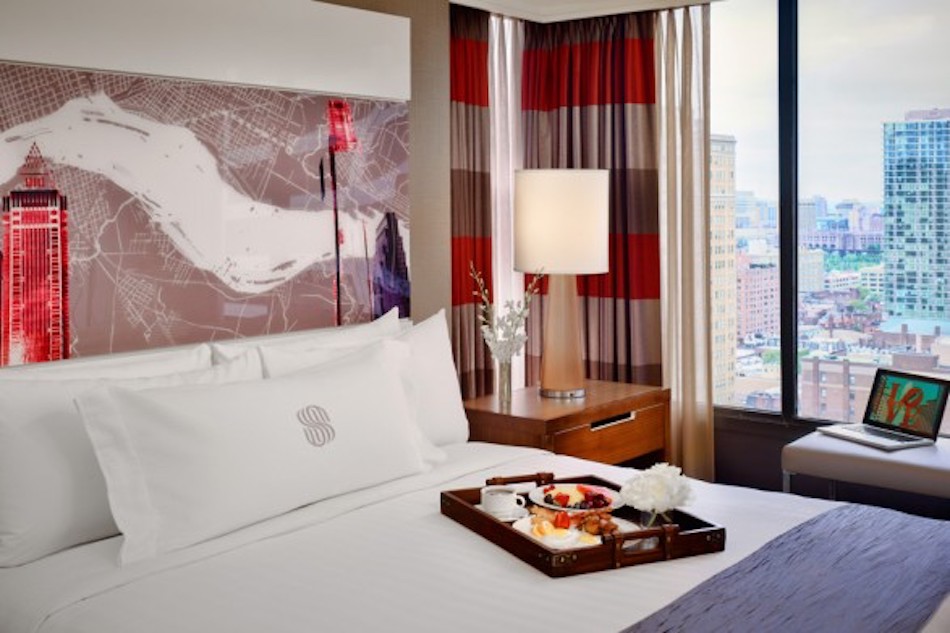 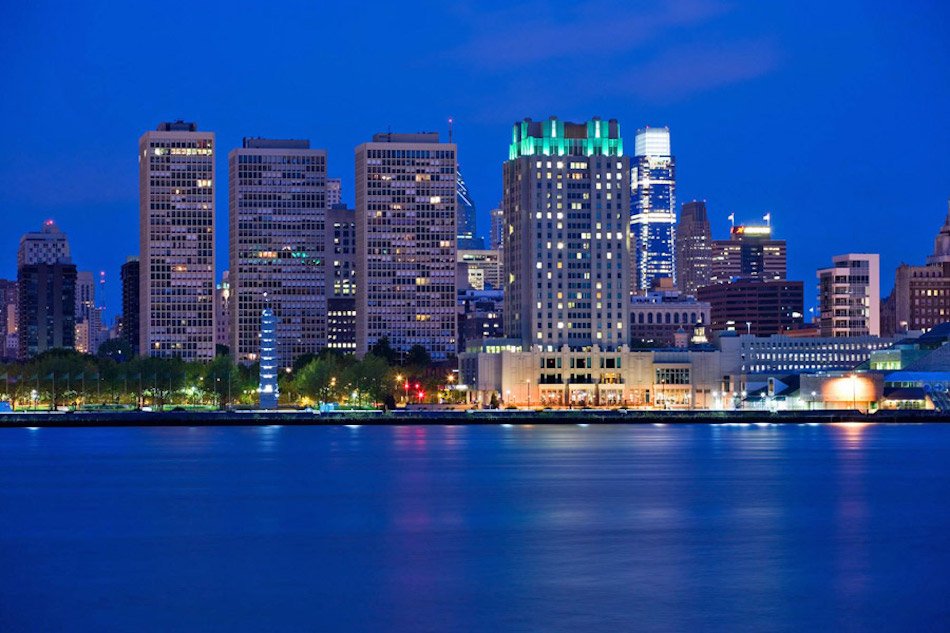 Located on the Delaware River Waterfront, the Hilton Philadelphia at Penn’s Landing offers spectacular views and convenient access to many of the city’s top attractions. Guests are just steps from popular waterfront attractions Penn’s Landing, the Independence Seaport Museum and popular seasonal attractions such as the Blue Cross RiverRink Winterfest and Spruce Harbor Park.

Welcome to Philadelphia! You’re about to embark on a journey through history. While Philly is known for many things, there’s a lot more beneath the surface than just steak sandwiches and Rocky. To help you make the most of your trip, here are some tips you should know before you get here.

Follow along and you’ll be a pro in no time.

Visit www.visitphilly.com for more ideas for trip planning and www.uwishunu.com, an insider blog with great suggestions for current happenings and events.