The San Juan Islands: Inspiration for the Senses

The San Juan archipelago in Washington State is nestled between three great cities – Seattle, Vancouver B.C., and Victoria B.C., and is surrounded by the Salish Sea. Of the 172 named islands in the San Juans, three of them – Lopez, Orcas, and San Juan – have accommodations, attractions, and amenities for visitors. The islands share a temperate marine climate unique in the Pacific Northwest.

San Juan County has more than 400 miles of shoreline punctuated by rocks, bluffs, and beaches. Life in the “rain shadow” of the Olympic Mountains means an average of 247 days of sunshine annually and about half the rainfall of the Seattle area.

San Juan County is considered an “Arts Hot Spot” by the Washington State Arts Commission and became the first in the country to be designated a voluntary “Leave No Trace” area. Friday Harbor on San Juan Island was named a Destination of Distinction by the National Trust for Historic Preservation.

In 2013, President Obama designated the San Juan Islands National Monument, just over a thousand acres of land spread across the islands and a treasure trove of scientific and historical treasures as well as a refuge for a wide array of wildlife. 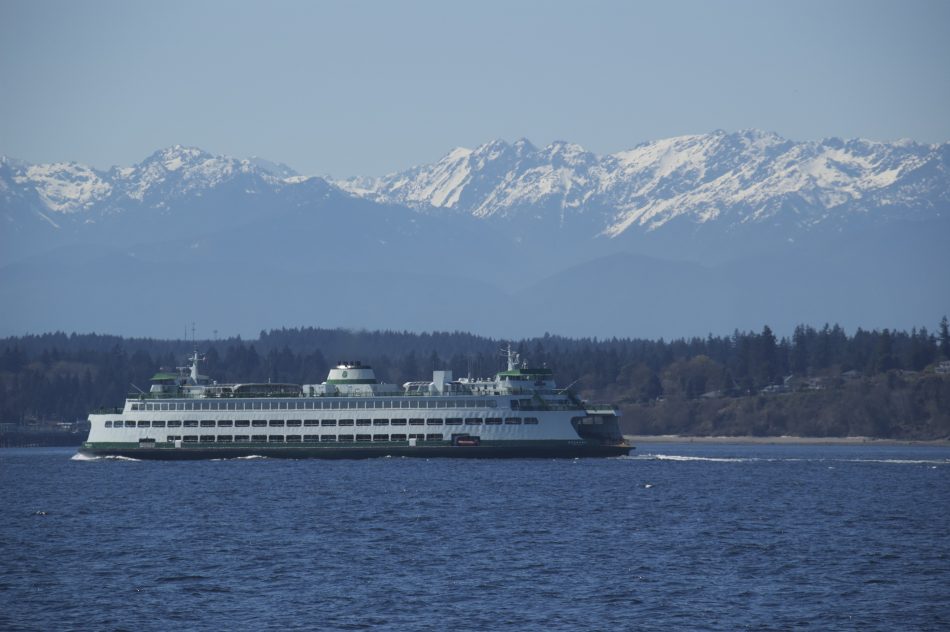 With fresh fish at their fingertips and island farms producing everything from kale and goat cheese to lamb and Wagyu beef, it’s no wonder top chefs, and other locavores find their niche in the San Juan Islands and have nicknamed them “the gourmet archipelago.”

Foraging is also an island tradition. Find foraged (and island farmed) special ingredients, from figs to quince, oysters to seaweed, sorrel to chanterelles, at Farmers’ Markets and on the menu at several island restaurants, including Hogstone’s Wood Oven and Aelder (chef/co-owner Jay Blackinton is one of Food and Wine magazine’s Top 10 New Chefs for 2017), Friday Harbor House (chef Jason Aldous is a Willows Inn alum), and rising star Ursa Minor (chef Nick Coffey is an alum of Seattle’s Sitka and Spruce).

Savor the San Juans: a Fall Medley of Food, Farms, and Film 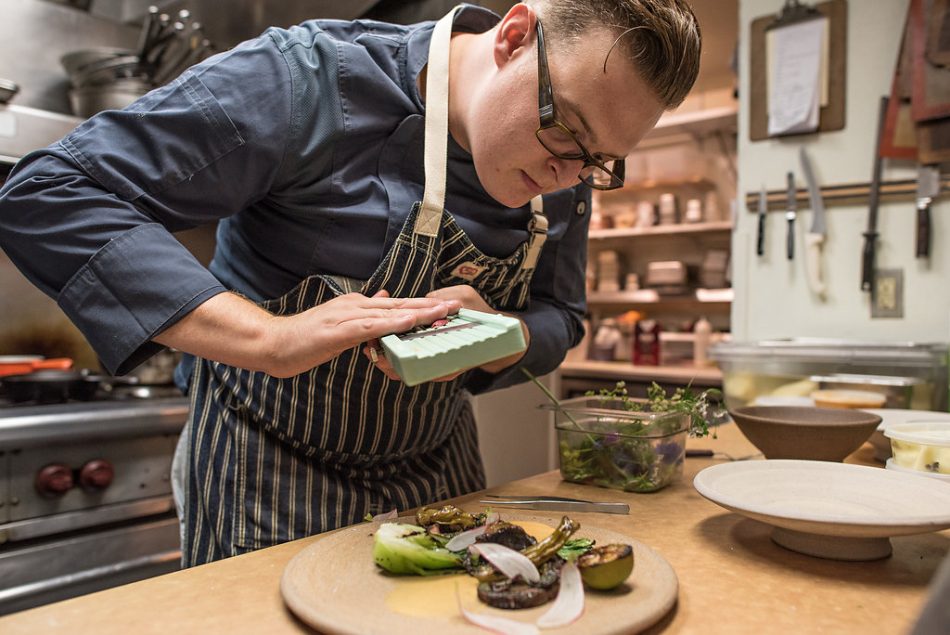 Magnificent orca (or killer) whales live in the San Juan Islands year round, and this is the best place in the world to see them. Three pods, J, K & L­—the “Southern Residents”—are typically in the area from spring through fall, while “Transients” can be seen off and on year-round. You’ll find a variety of whale and wildlife tour operators to choose from departing from all three islands, in large or small boats.

World-class landscapes and a calm inland sea make the San Juans a prime kayaking spot for adventure-seekers. Paddle your own kayak or set out with one of the many knowledgeable kayaking outfitters on San Juan, Orcas, or Lopez Island for three-hour to three-day (or longer) tours.

The only zip tour in the Islands, the family friendly San Juan Island Zip Tour features eight zip lines that will take guests through a beautiful forest, across a pristine lake, and over protected wetlands. This tour is an amazing way to experience the natural landscape of San Juan Island while zipping from platform to platform through the forest canopy. 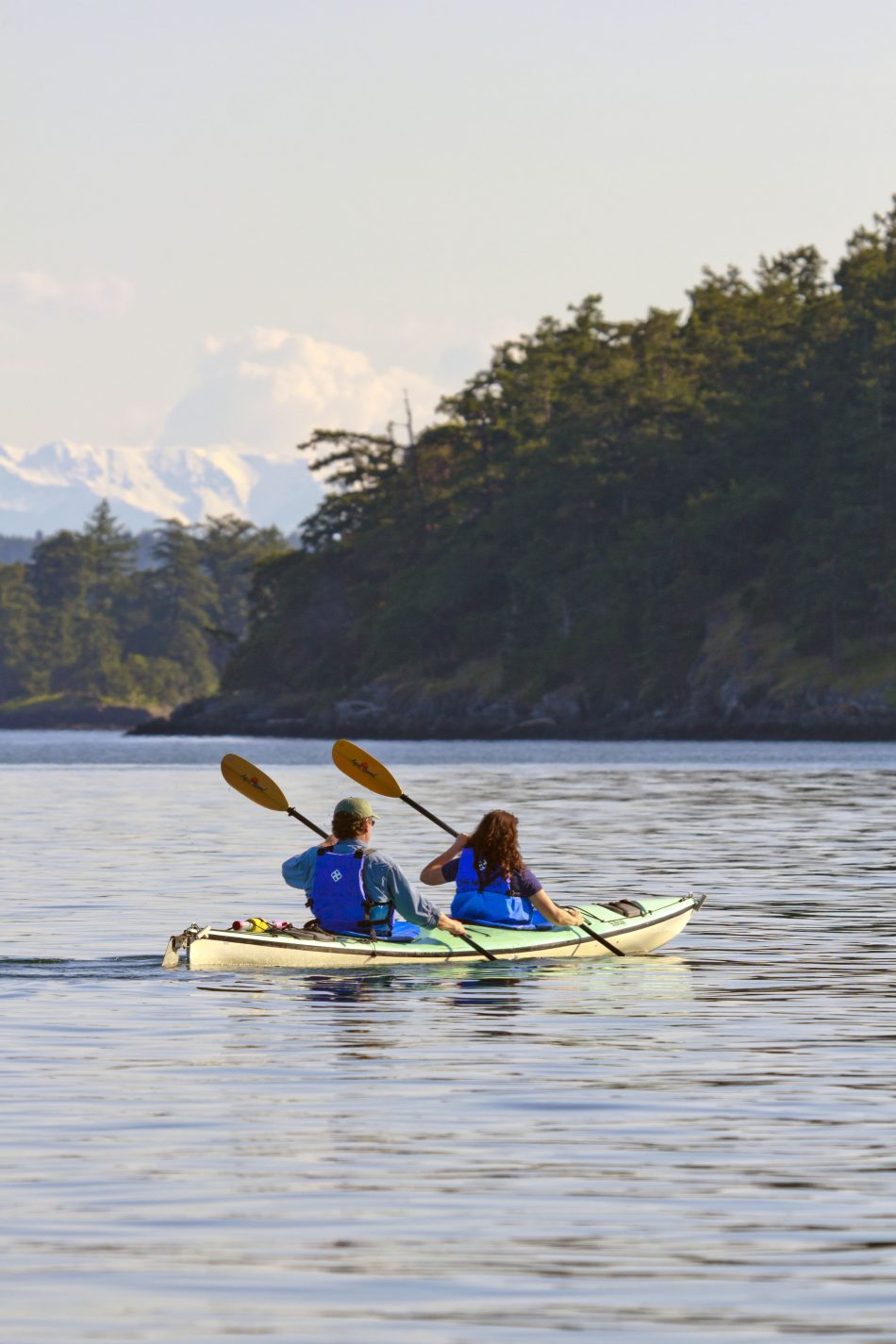 The San Juan Island National Historical Park, including American Camp and English Camp, was created in 1966 based on an idea: that individuals and nations can solve their problems peacefully without resorting to violence.  For it was here in 1859 that the United States and Great Britain nearly went to war over a pig shot by an American farmer. Today, both parks are excellent places to hike, picnic, play on the beach, experience wildlife and enjoy a wealth of programming, including the summer living history events.

Lime Kiln Point State Park on the west side of San Juan Island is watched over by a lighthouse that has stood for nearly 100 years and remains one of the best places in the world to watch orca whales and other marine wildlife from shore.

The tower atop Mt. Constitution, the highest point in the islands, in Moran State Park on Orcas Island was built by a Civilian Conservation Corps in the 1930s and offers unsurpassed views of the North Cascades, the Olympic Mountains, and the other San Juan Islands as well as several Gulf Islands across the Canadian border.

One-hundred-thirty-acre Spencer Spit State Park on Lopez Island is named for the lagoon-enclosing sand spit on which it rests, and has excellent camping and picnic spots. 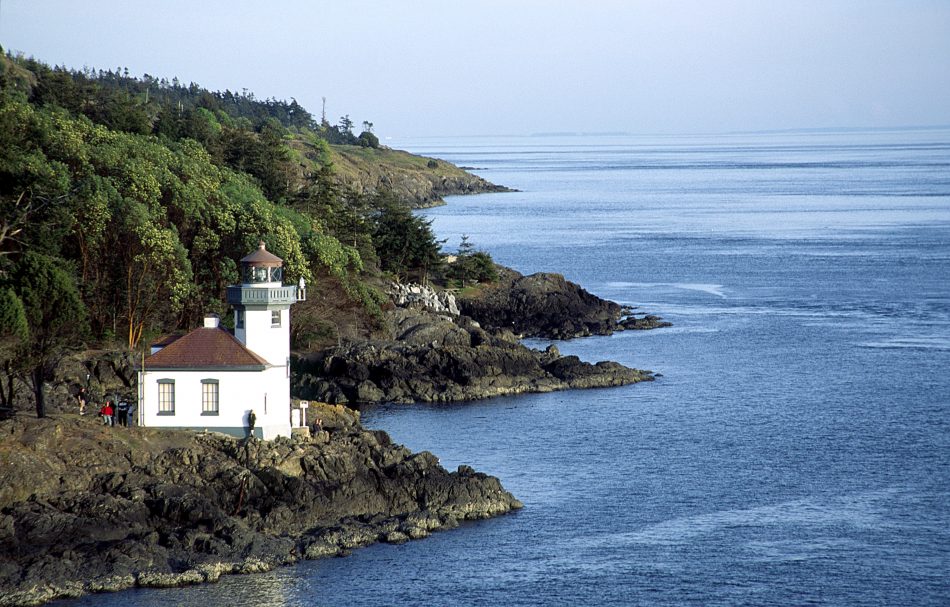 A simple plan to protect a quiet valley property on San Juan Island has flourished into Pelindaba Lavender Farm. A premier grower of lavender plants, distiller of lavender essential oils and handcrafter of lavender products, Pelindaba is one of the San Juans’ most popular visitor destinations.

The Whale Museum is a great first stop on a visit to Friday Harbor, promoting stewardship of whales and the Salish Sea ecosystem through education and research.

The community of Doe Bay on Orcas Island was traditionally a sanctuary for Coast Salish tribes and is now a tranquil, down-to-earth resort and retreat with clothing-optional soaking tubs and sauna set over a waterfall, a one-acre organic garden, and a spectacular pescatarian café.

The Spa at Rosario Resort shares the historic Moran Mansion with a frontier museum and restaurant and offers a variety of relaxation and rejuvenation services along with a sauna, treatment rooms, mirrored exercise and weight rooms, a whirlpool, and the historic indoor pool. 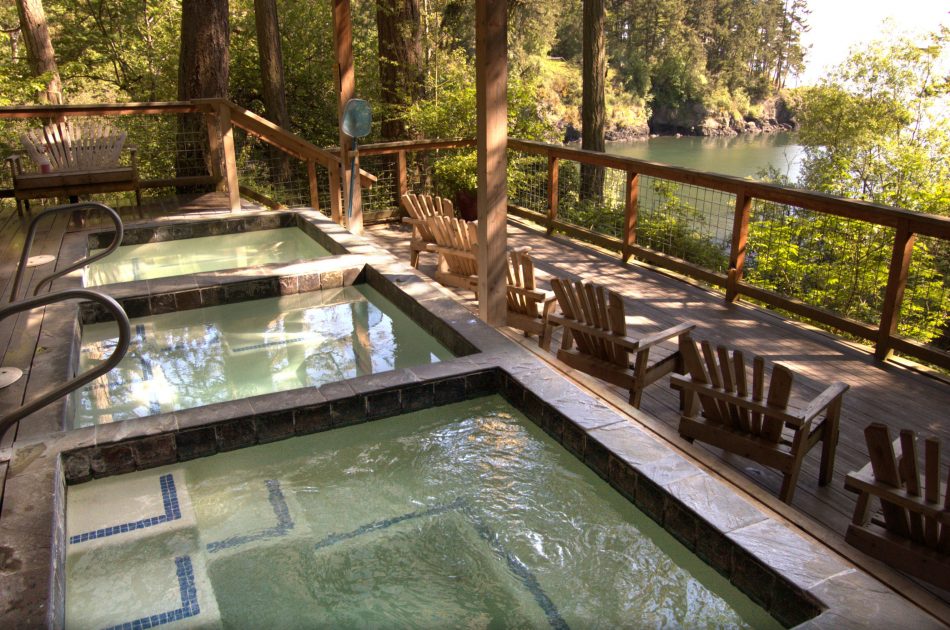 Roche Harbor Resort on San Juan Island is a picturesque, full-service resort with historic and contemporary accommodations, gardens, restaurants, stores, as well as a large marina and spa.  Originally a fuel and oil storage facility for the fishing fleet, ferry, and cannery, Island Inn at 123 West has a contemporary style that nods to maritime gone by.

The Outlook Inn on Orcas Island is a combination of mom and pop old time Inn and sophisticated foodie haven with the attached New Leaf Café.

Once a vacation home for actor Tom Skerritt, The Edenwild in the center of Lopez Village is a boutique inn surrounded by gardens and views of Fisherman’s Bay and San Juan Channel. The only floating B&B in the San Juans since 1986, the Wharfside Bed and Breakfast invites guests aboard the 60-foot ketch Slow Season, with two spacious, private staterooms, and a sky-lit main salon next to the main galley. 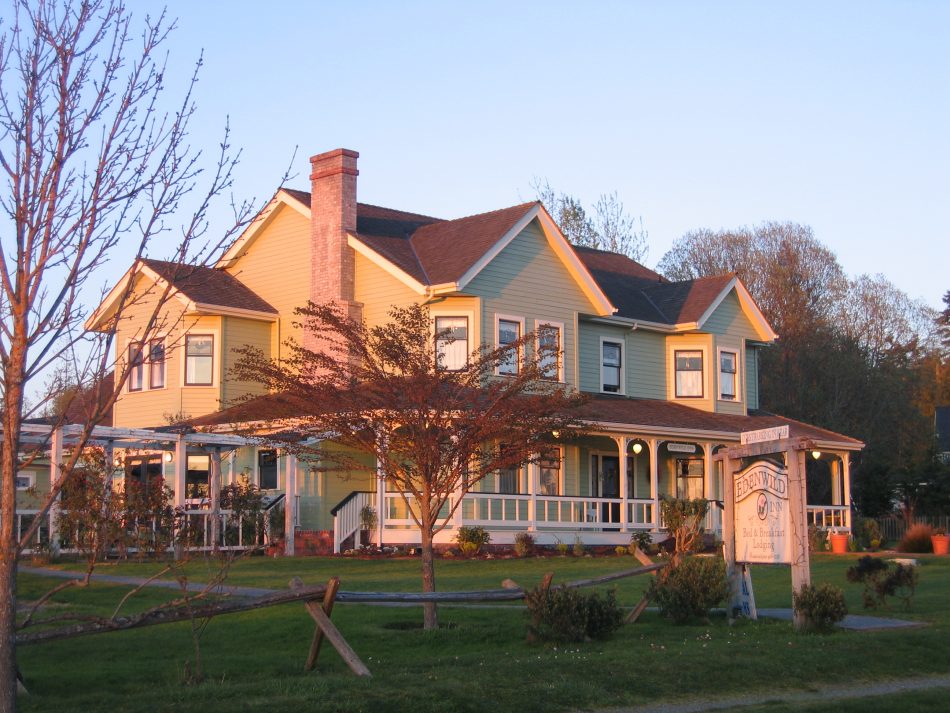 For those who love the idea of camping but dread the thought of sleeping on the ground, glamping is the solution. LEANTO, on Orcas Island, has five glamping sites nestled in Moran State Park, over 5,000 acres of wilderness with five freshwater lakes and almost 30 miles of hiking trails.

The canvas cottages at Lakedale Resort on San Juan Island take glamping to a new level with electricity and en suite bathrooms. The resort covers 82 scenic acres, providing guests with a range of outdoor activities including hiking on a number of trails and paths, nature-watching, playing horseshoes, barbecuing, and more. 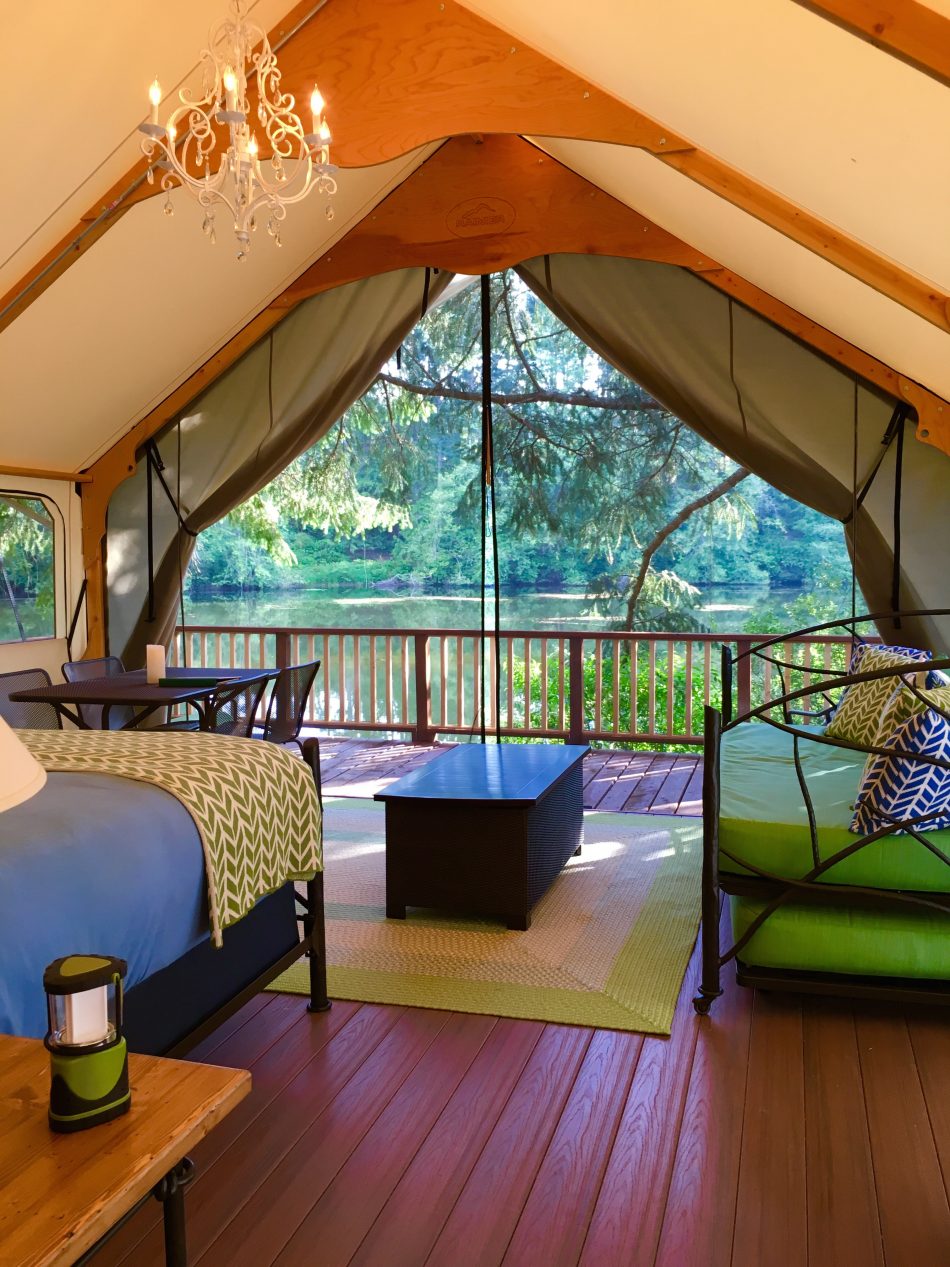 The Field House is a sunny two-bedroom cottage nestled in the center of 100-acre Midnight’s Farm on Lopez Island where guests are welcome to work in the garden, feed the pigs, help move the cattle, and drop in on a yoga class at Down Dog Studio. 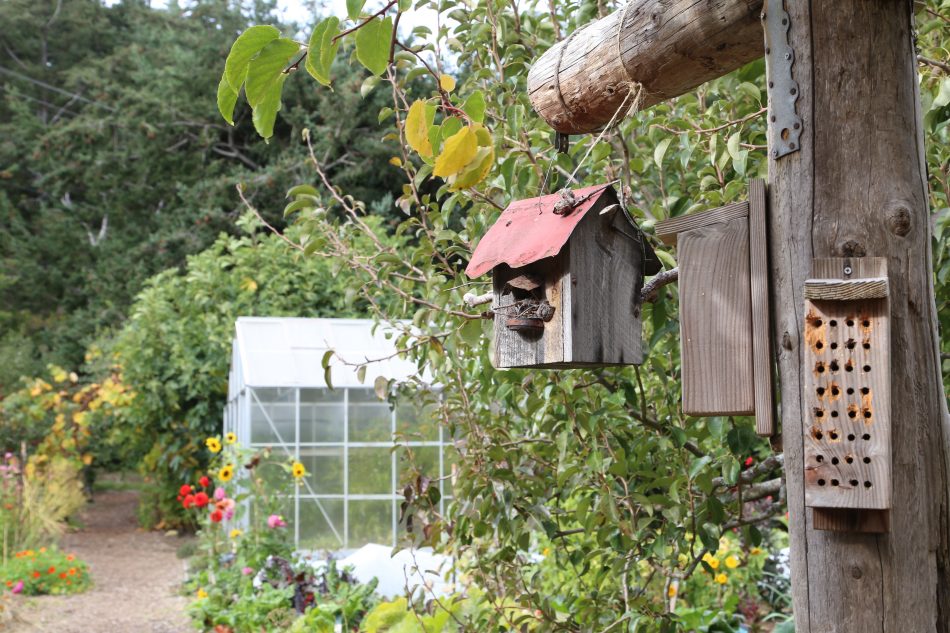 For more information, go to www.visitsanjuans.com