Perth Guide: Tranquility With A Touch Of Urbanization

If there’s a better word to describe this quaint little city Perth on Australia’s West Coast, it would be laid-back. This city is so laid-back to the point that you might be able to snug in a power nap at the beach after lunch before you head back to the hustle. This is definitely the city for those who are wanting to experience what a ‘big fish in a small pond’ feels like. Think of it like this – what is better than a peaceful, stress-free lifestyle with a hint of city life? Well, for those who want a more rigorous schedule and always up for spontaneous plans, you might be disappointed. However, for those who enjoy a much slower pace to things and a ‘living in the moment’ mentality, Perth might just be the perfect travel destination for you! 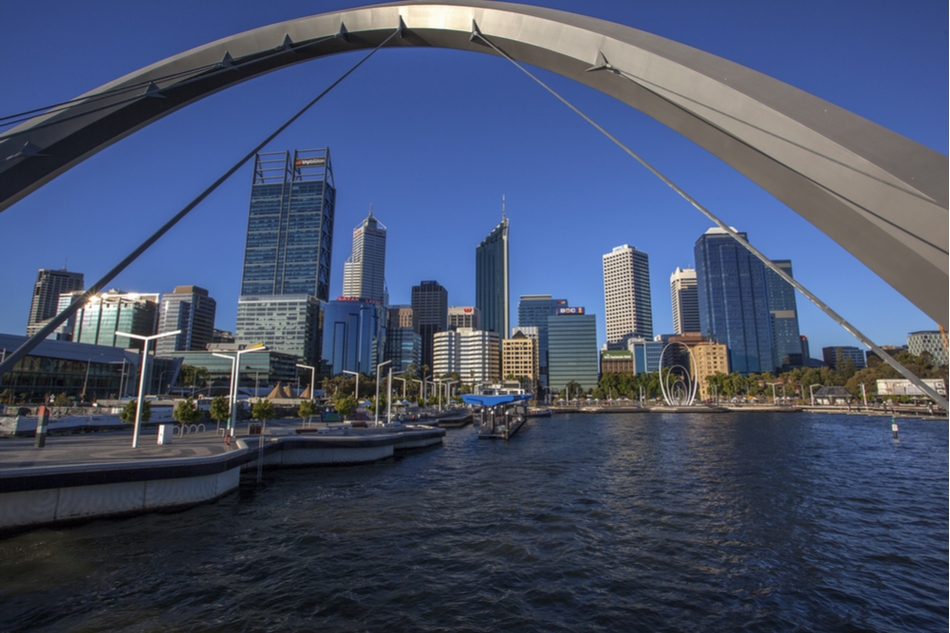 While there are certainly bigger cities in the other parts of Australia with countless things to do, Perth has some of the best beaches and good weather. If you are up for some serious relaxation, you can always head down to the beach. What can go wrong? Apart from that, the people there are very friendly and will never fall short of showing good hospitality. That is precisely the reason why there are so many immigrants in this small area. According to an Australian census, a whopping 40.8% of the metropolitan population is overseas-born. That is almost half of the entire city’s population credited to immigrants. Adding on to that fact, Perth is also more multicultural when compared to other major Australian cities such as Melbourne and Sydney. 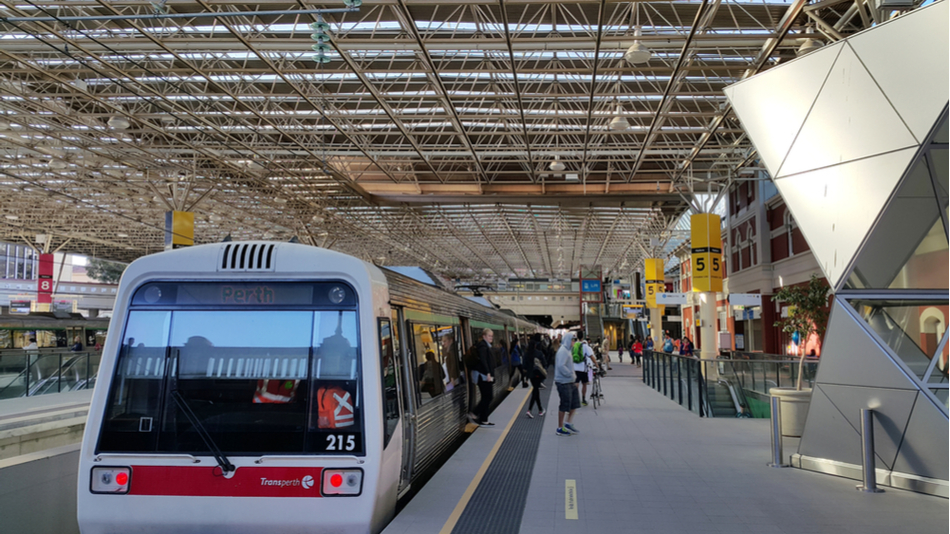 Compared to Perth’s counterpart cities, traffic here is almost non-existent. Yes, you definitely read that correctly. It is always a breeze navigating your way around this city. Adopting the all so familiar grid system we all know of, it is fairly easy to get around and find directions. While there are public transport namely the Transperth that operates until 3 in the morning, you might want to invest in a good automobile during your visit to Perth. Remember that this city is pretty laid-back and that includes their public transport schedules as well! 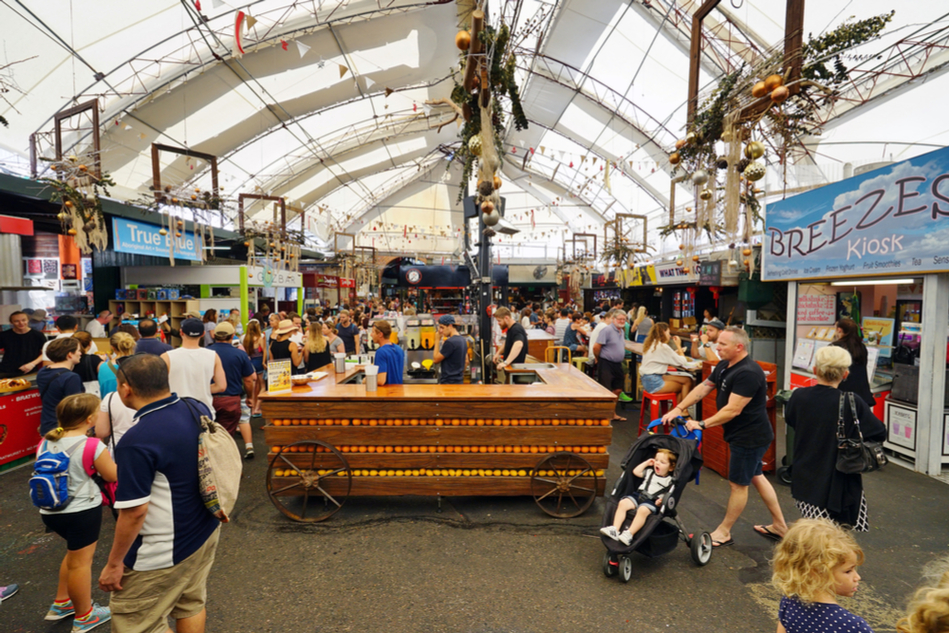 There are certainly a variety of good food places to wine and dine in Perth. The down-side to this is that you might have to plan all your eating adventures when there is daylight. Well, in other words, Perth is not really up-and-coming with that ‘city that never sleeps’ mantra. In fact, Perth is the city that sleeps! If you are a late night owl and a fan of supper, this city might short-change you. On a lighter note, there are really some must-eat places you have to try when you’re there! 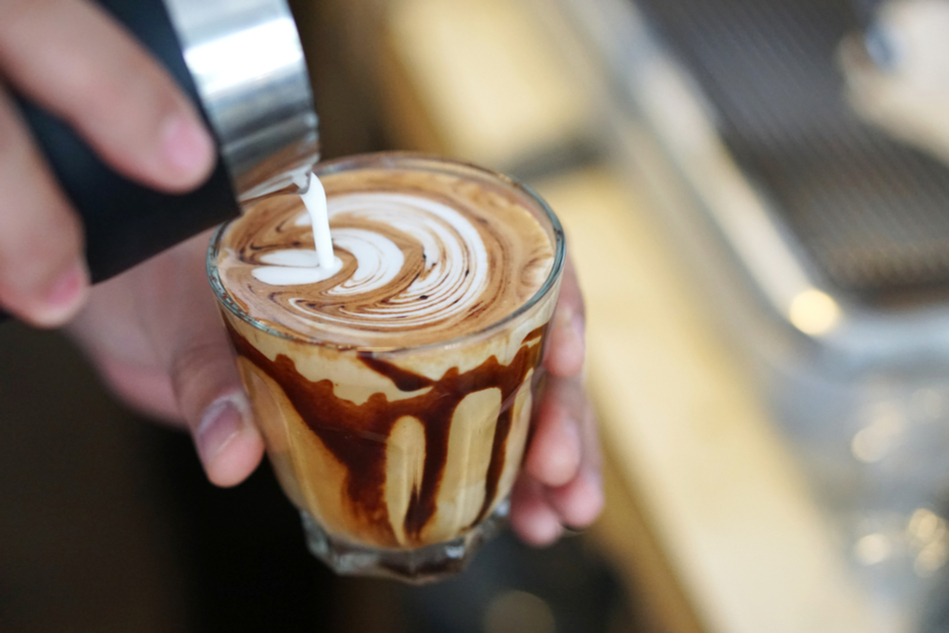 Barista pours latte art in a cup of coffee.

If you haven’t already gotten the brunch culture in Australia, you might as well return back to the rock you’ve been living this whole time. Brunch is a serious part of the Australian culture and it is even more so in Perth. Why wake up at 9 in the morning when you can conveniently take your time and head over to a brunch place at 11? I mean, there are seriously better things to do like sleeping till 11 right? You can head over to TBSP for some of the city’s best coffee. 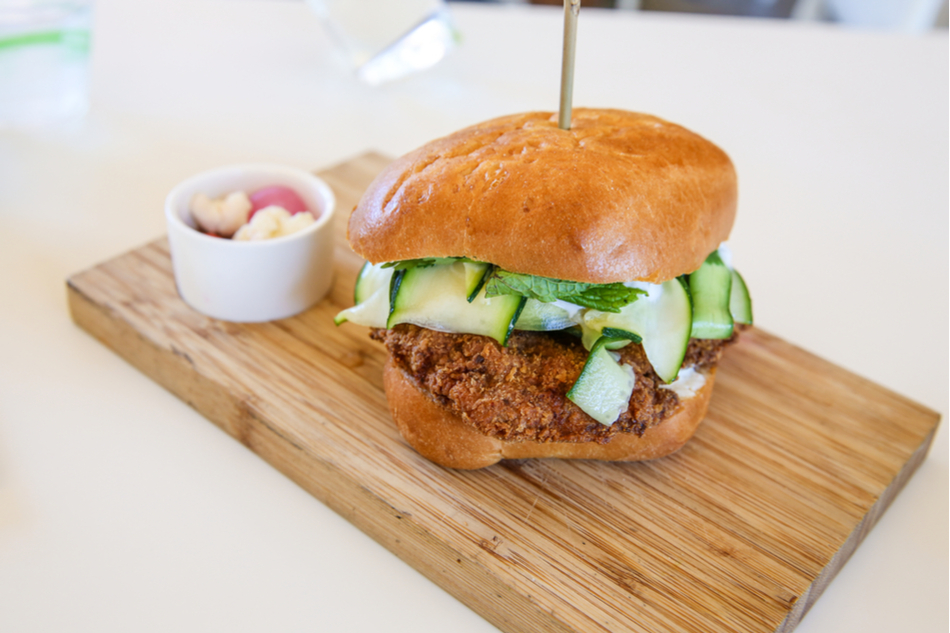 To pair up with that nice cup of coffee, you can order a nice plate of fried chicken sandwich to top it all off. Nothing can go wrong with fried chicken! Heads up though, you might have to wait an hour before you even get a table at this location.

Thinking of a more intimate morning with a loved one? You can head down to Mister Walker at Swan River for their famous waffles with bacon. Enjoy the city views while having brunch! Nothing beats that! 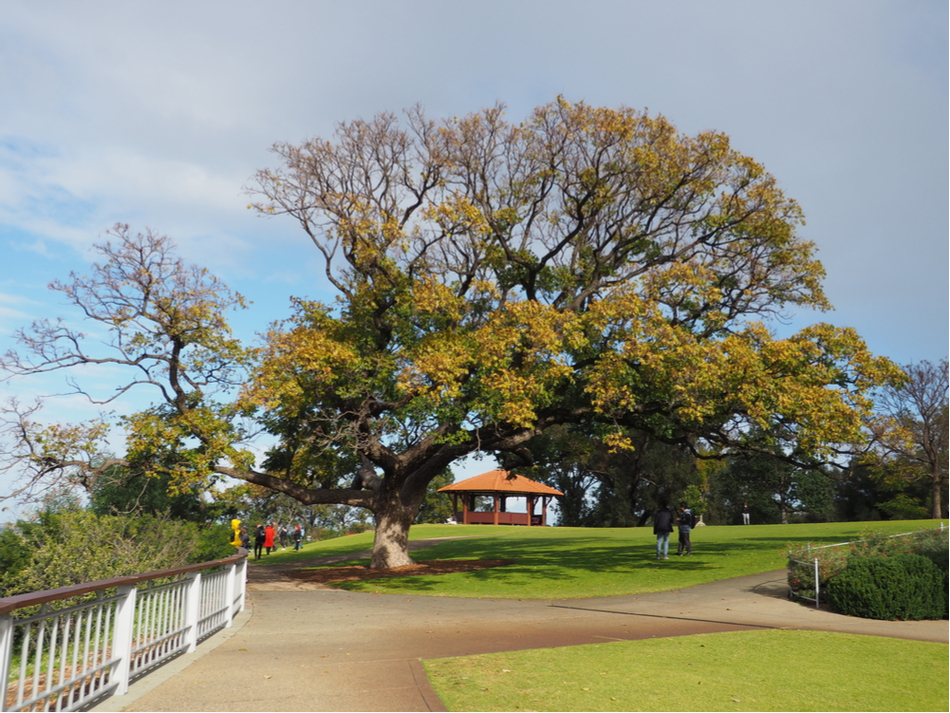 Don’t be fooled by how Perth is too laid-back for its own good. There are actually a lot of things to see and do in the city as well as the outskirts. Head down to Swan River where the city stands proudly on its shoreline. You will be able to view the city skyline right here without having to climb up a hill. Or you can head over to Kings Park. With an impressive 400 hectares of bushland, it is also one of the go-to places to view the city skyline. You can spend an afternoon having a nice picnic with some friends or you can just stroll through the Botanic Garden for more fresh air. 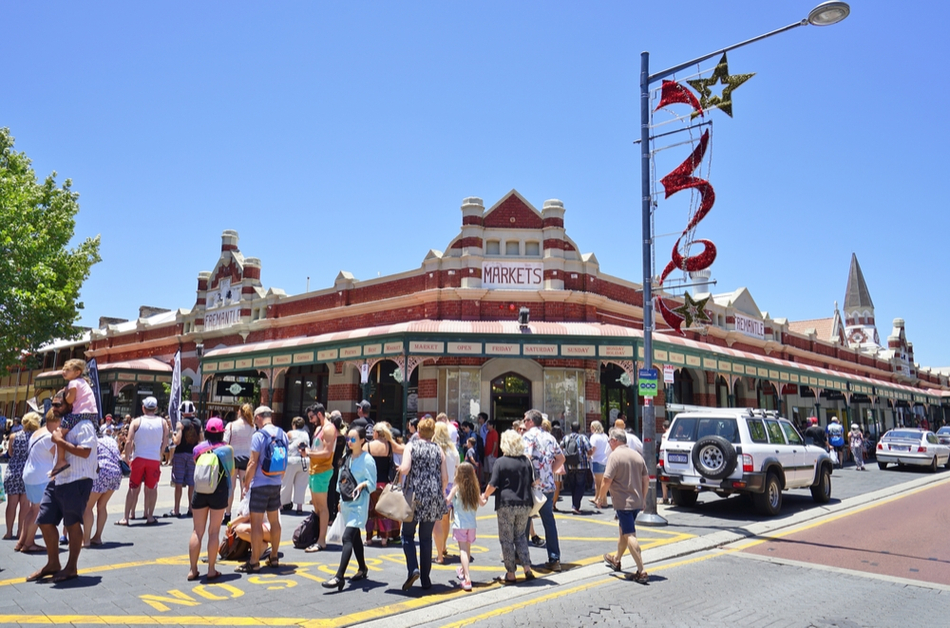 You can take a Swan River cruise ride from Barrack Street Jetty to Fremantle Port for a day of fun at the fresh produce markets. The most well-known market is the whole of Western Australia is Fremantle Markets. There is a huge variety of fresh fruits and locally grown vegetables for locals as well as the tourist community. This building where the market is located was built in 1897 and adopts a Bohemian vibe to it. 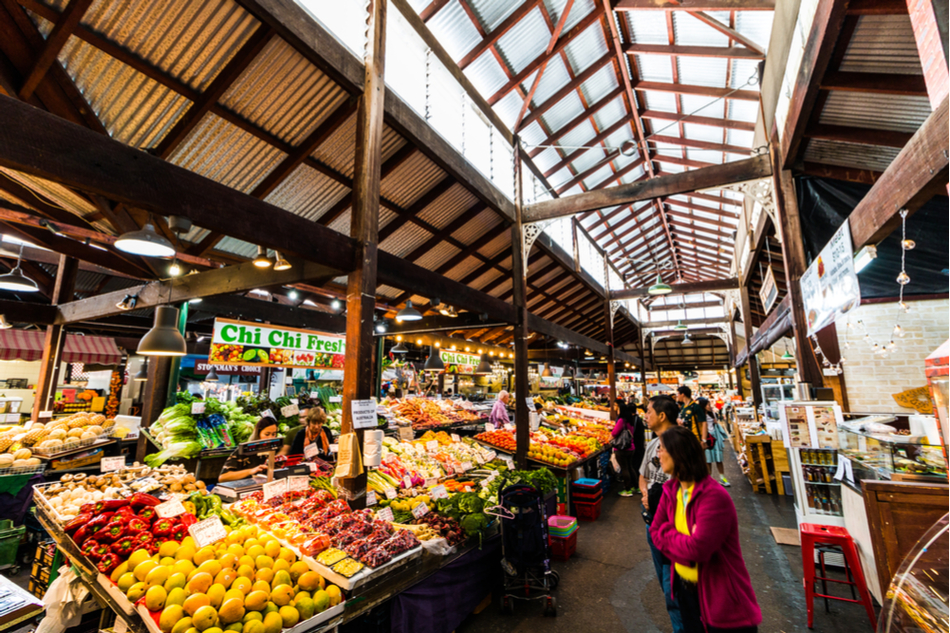 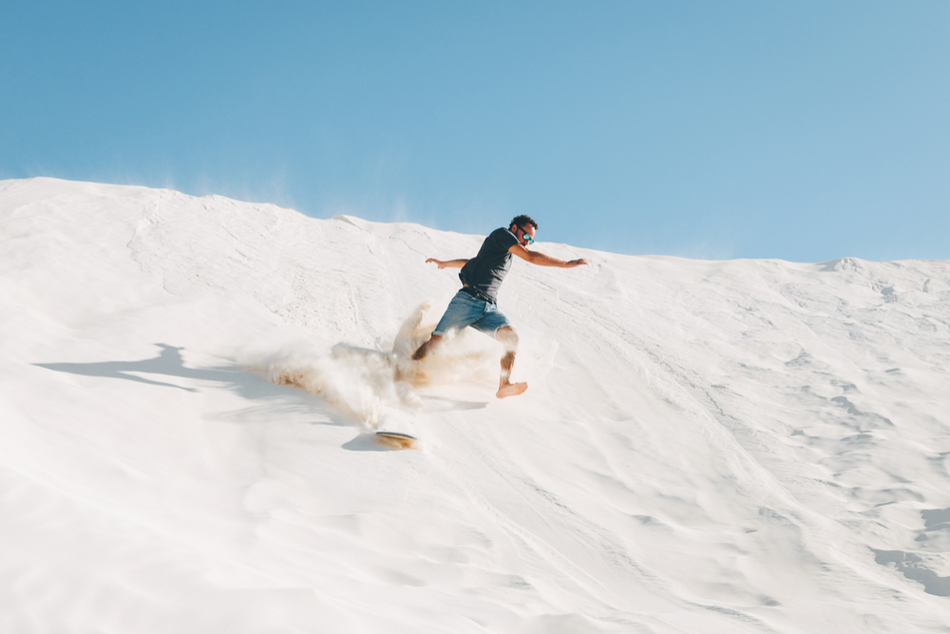 If you think all that laid-back atmosphere is still not up to standards, why not add another layer of laid-back to your visit to Perth! Head over to Lancelin, which is an hour and a half drive north of Perth’s Central Business District. You might want to bring a four-wheel drive with you. Head over to the white sand dunes which fall at a 45-degree angle. You can climb up top the dunes with the four-wheeler and enjoy breathtaking sceneries of farmlands and sandy coastlines from morning to night. You might as well just camp there for the night for a stargazing session! 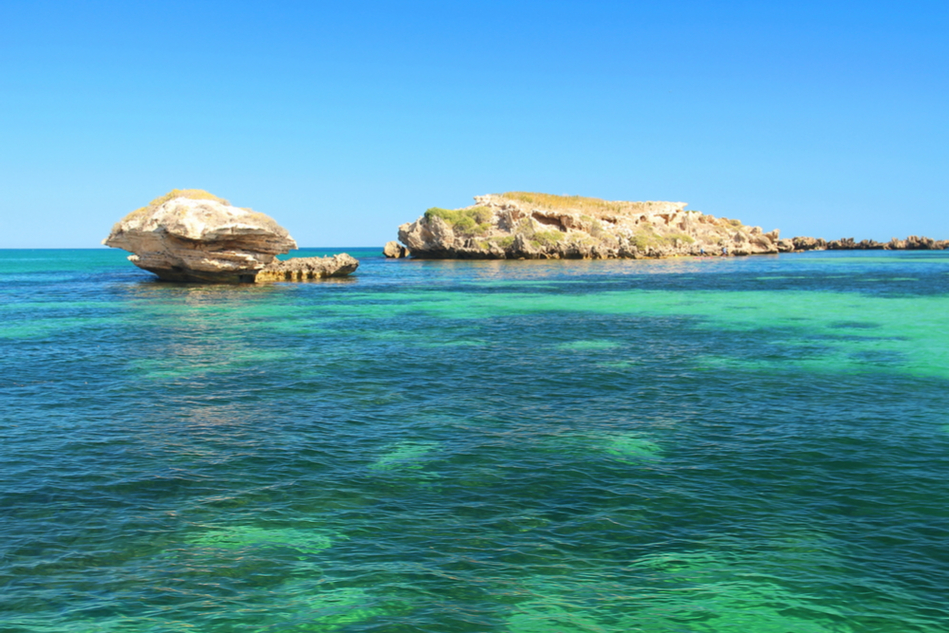 Fan of cute little creatures? Are small animals up your alley? How about heading over to Shoalwater Bay, which is a 45-minute drive from Perth. Penguin Island is one of Western Australia’s must-see destination. There are so many other marine creatures to see at Shoalwater Islands Marine Park and this includes dolphins, stingrays, and even sea lions. 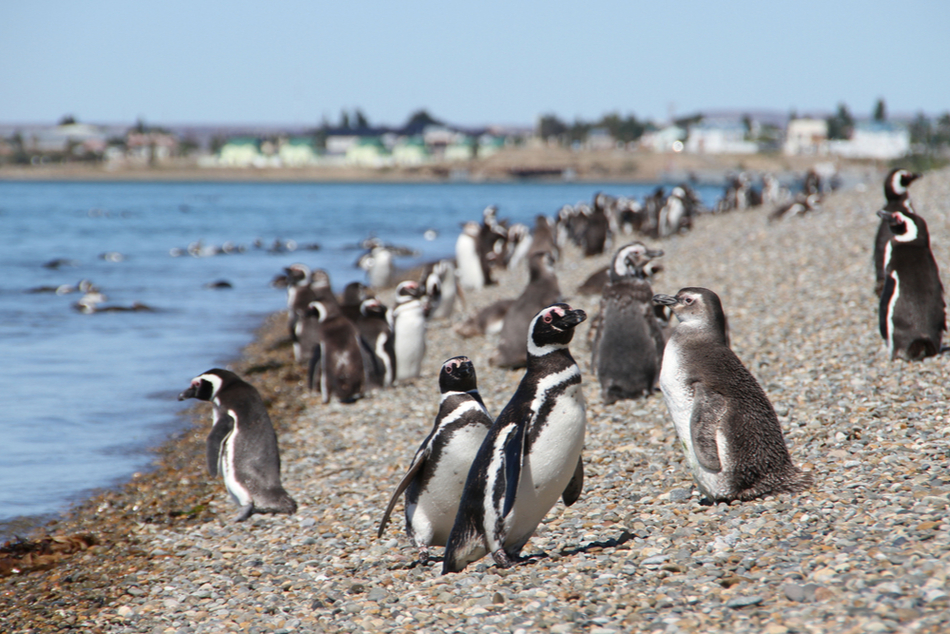 This will be a treat for the kids and the parents can have the time to relax as well. Be sure to plan your visit during the right season because the marine park will be closed during the nesting season from June through September. 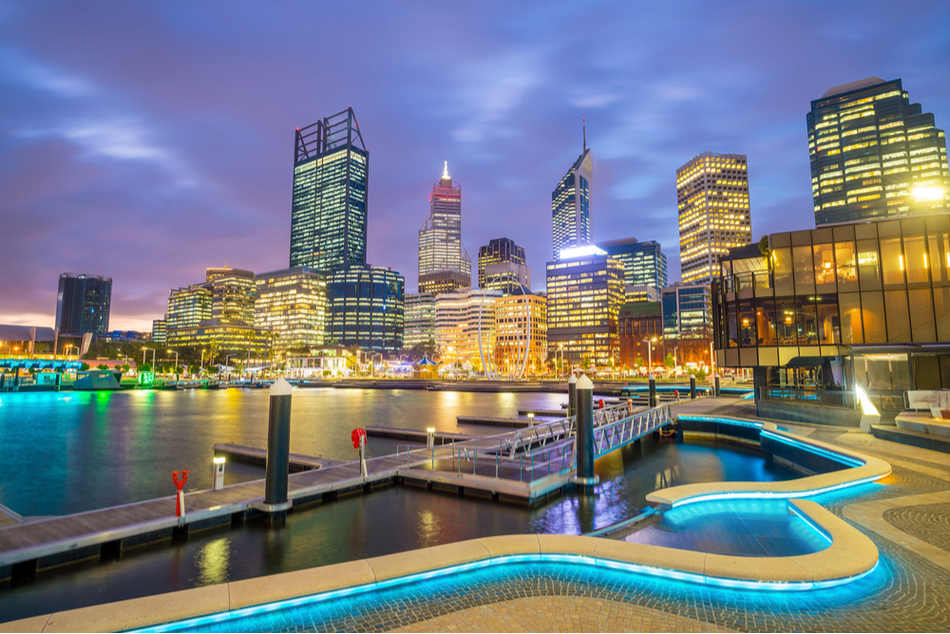 In terms of accommodations, you will be surprised with how affordable the hotels here in Perth. Prices range from as low as AUD$50 to probably a cap of AUD$150 a night. There are so many premium hotels to choose from such as Travelodge and Four Points by Sheraton for reasonable prices.You won’t have to worry about breaking the bank for accommodations while you are in Perth. So, go ahead and choose from the many hotels in the Central Business District Area. You can enjoy the convenience of the city lifestyle without having to drive back to the outskirts for the night!