The English have it several times a day. China turned it into an empire. In Boston, it was the star of a party that changed the world.

Tea is one of those few things that’s enjoyed in nearly every corner of the globe. People who drink it may have different views on when or why, but they can all agree on one thing: they wouldn’t give it up for anything.

Check out some of the world’s most interesting tea traditions below, and find out how this drink has been making the world healthier for a millennia.

Healthy Tea Traditions From Around The World 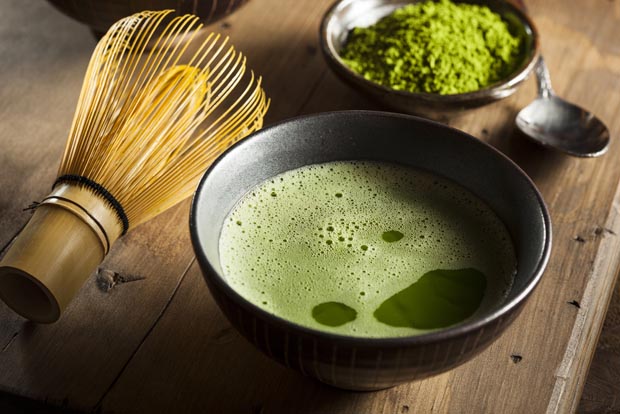 There’s the green tea you see everyday, and then there’s matcha. This traditional Japanese beverage is the most potent form of green tea, made using the youngest leaves and ground into a fine powder that dissolves in hot water.

This super charged tea is rumored to have been the drink of choice for samurais going into battle. It detoxifies the body by removing metals and other toxins from the digestive system. It’s also loaded with catechins, special antioxidants found in green tea that help fight cancer cells. Maybe that’s why you’ll find it in nearly every tea house in Tokyo. 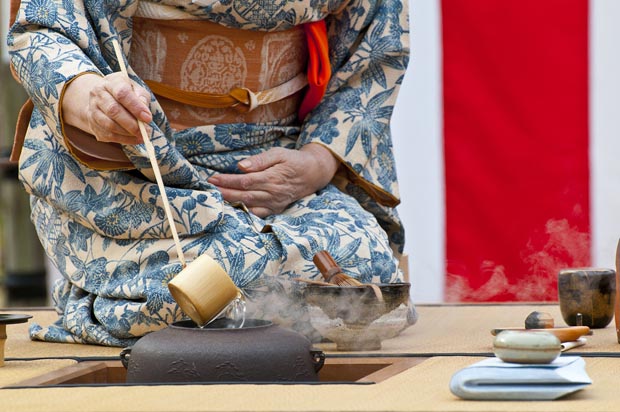 Matcha tea comes in a powder. Add a small amount of water to your cup, then whisk with a special matcha whisk. If you drink matcha at a Japanese tea ceremony, you’ll get the full experience of sitting on tightly woven straw mats and drinking from hand painted cups.

Your server, most likely be a woman in traditional kimono, will move gracefully as she pours equal amounts of perfect temperature water into each of your cups, and then silently whisks the powder into a rich, foamy drink. This tea is usually served on its own, but if you’re feeling hungry after, try following it with some matcha soba, a noodle dish made with the powdered tea. 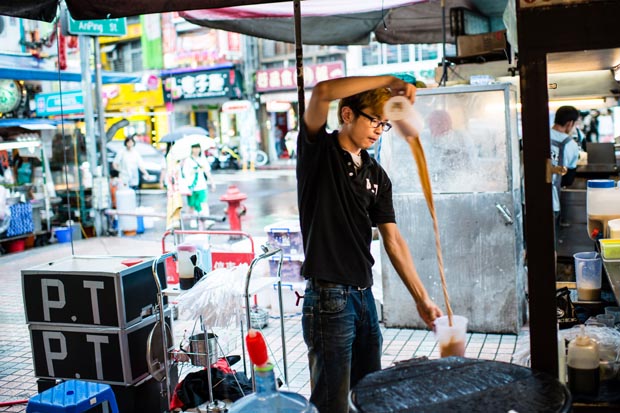 Thailand runs on two things: scooters, and tea. The local drink of choice is a sweetened blend of black tea, crushed tamarind, and the curious looking ‘star anise’ spice. Locals enjoy it brewed strong and with plenty of ice, to help fight off the sweltering tropical heat.

While all that added sugar can’t be a good thing, the other ingredients in this national favorite have plenty of health benefits. Black tea is a stronger version of green tea, and like its lighter cousin, is full of cancer fighting antioxidants. Tamarind also carries a long list of health benefits, such as easing indigestion and making your skin glow.

While the ceremony for this tea isn’t exactly traditional, it’s closely tied to the lives of the local people. You can find stands on the side of every road pouring ice filled cups of Thai tea. Grab your cup to go, or take a seat on a foldable stool and sip away before hopping back on your motorbike and speeding off to life’s next destination. 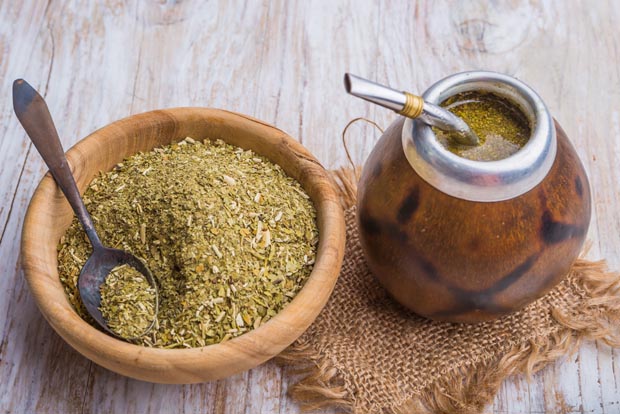 South America doesn’t always enter the conversation when it comes to tea, and yet it’s home to one of the most nutritious, flavorful tea plants around: the yerba mate.

Mate tea is traditionally consumed by filling an empty gourd with dry, crumbled leaves, and then adding hot water. Sweetening with sugar is optional, so no one will judge you for your sweet tooth.

Mate tea is known by South American native tribes and scientists to have medicinal qualities. It’s packed with vitamins like C and B1, and has powerful antioxidants that help flush toxins from the body, all while lowering your bad cholesterol.

4. India: A Chai on Every Corner 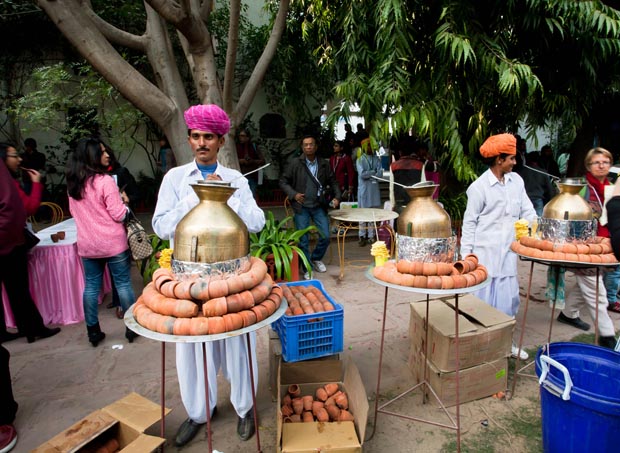 No invitation to an Indian home is complete without a warm pot of chai tea. The recipe for this sweet and spicy drink is a mixture of black tea, cinnamon, ginger, black pepper, and cloves, although the exact ratios vary from home to home. Adding milk is a nice touch, and buffalo milk adds an extra level of flavor to your cup.

Several of the herbs in chai tea, such as ginger, are known for their anti-inflammatory effects. This is great for reducing pain and swelling in the body, as well as easing indigestion. The black pepper and cloves also aid in digestion, which explains why this tea is usually saved for after a meal. 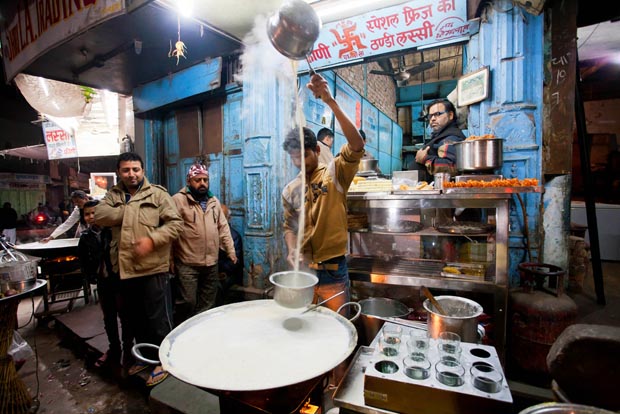 Chai tea is drunk in cafes all over India. It’s often served with a side of honey, and a cup of frothing milk. You’ll also find it along the thousands of miles of train running through India. At nearly every stop, someone will come aboard selling cups of Chai tea in clay cups. When you’re finished, it’s common practice to throw your cup out the window. 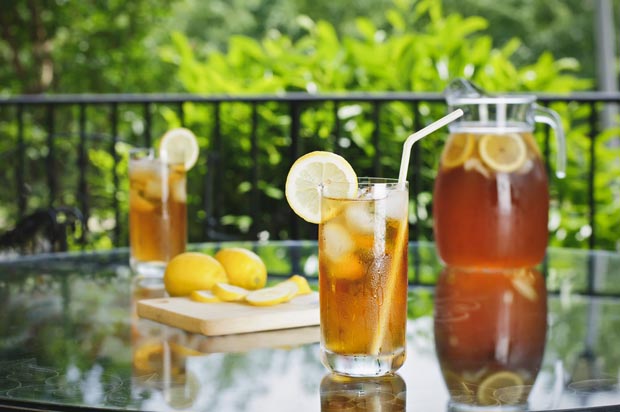 Tea has been part of American culture since the British first started shipping it over in the 1700’s. Now American cafés sell teas from all over the world. Wikipedia states Americans now drink four times as much tea as they did in 1993, meaning that coffee might be slowly losing its hold as the American drink of choice.

Different regions of America have their own tea traditions. If you head south to Georgia or Alabama, asking for “tea” will likely get you an iced tea sweetened with sugar or corn syrup, whereas the same order up north will probably get you a cup of hot tea earl grey with sugar and milk. 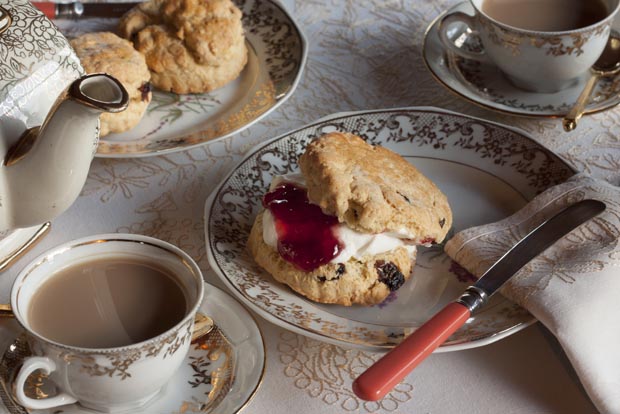 There are few occasions in Britain that don’t call for tea. Someone coming to renovate the house? On break at the office? About to go to bed? You get the picture. They like it with milk and biscuits, and they like it often. A remnant from England’s days trading in India, this daily ritual doesn’t seem to be going anywhere.

Like the rest of us, Brit’s mostly drink different blends of black, green, and oolong tea, which have been shown to have anti-inflammatory properties that ease joint pain and slow aging. Of course all that milk and sugar can’t be doing them any favors… 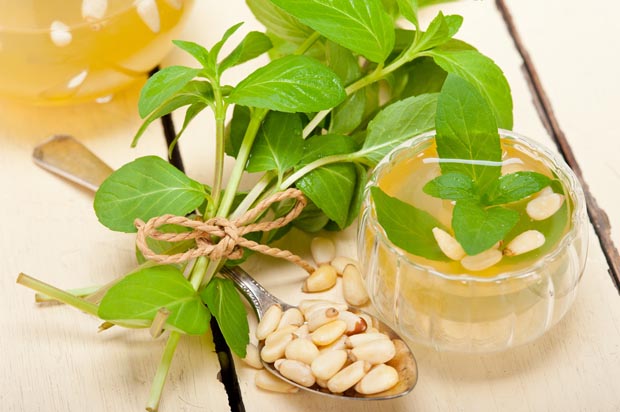 A cooling mixture of spearmint and green tea, the Moroccan drink of choice will stir your spirits and leave you revitalized.

It’s not just this drink’s cool minty taste that makes Morocco one of the heaviest tea drinking nations. Mint tea helps to relax the stomach muscles, easing digestion and relieving stress, along with the anti-aging benefits of its green tea base.

Serving this tea in Morocco often takes on a ceremonial feel, offered as a show of hospitality to guests. The tea is left in boiling water for 20 to 30 seconds, after which it’s removed and left aside. This is called the “spirit” of the tea, a strong, deeply flavored brew, and will be added back later to make teas of different strengths.

Moroccan tea is usually served in three sessions, and gets stronger with each serving. 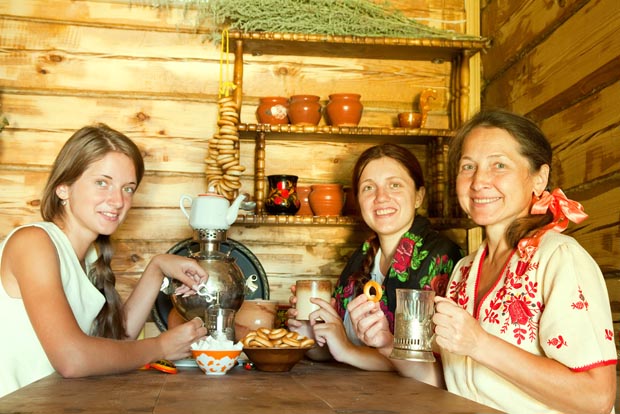 The largest importer of tea in the world is Russia, spending over $500 million annually on this leafy brew. While other drinks might stick out in your mind as distinctly Russian, locals are actually more likely to spend their time drinking tea.

Starting around the 19th century, tea in Russia was usually brewed dark using a samovar, a kind of portable stove. A kettle can be attached to the top, and sitting around the samovar usually meant to enjoy a leisurely time talking and drinking tea.

The tea brewed with a samovar, usually either green or black tea, is often dark and strong, and referred to as zavarka.

9. New Zealand: A Little Bit of Everything

There is only one tea plantation in New Zealand, but that doesn’t stop this island country from being a huge consumer of the beverage.

When demand rose with the arrival of British missionaries in the 19th century the country started importing tea in large quantities. Nowadays the Kiwi people prefer Chinese oolong and Japanese green teas like matcha.

New Zealand actually does have their own native tea plant. Called the manuka, it was used by aboriginal people to cure a variety of ailments such as head colds and urinary discomfort. But in true colonial form, New Zealanders sided with the British in getting their tea from India.

Tea’s introduction to New Zealand led to tea gardens, and eventually tearooms, allowing for a new culture of men and women sharing a common social space for the first time, bringing a new wave of social liberation to the country. 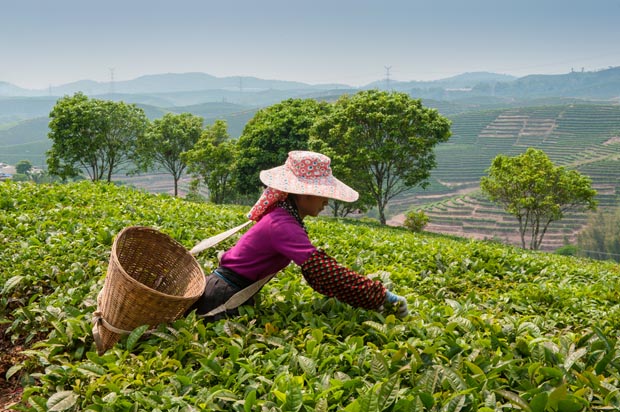 Courtesy of Nickolai Repnitskii via Shutterstock

The tea leaf was born here, in the mountainous regions of Southwestern China. It was first recorded as a drink of the Han dynasty emperors in the 2nd century BC. Since then it has snowballed in popularity, becoming not only the drink of choice throughout China, but around the world. China consumes more tea each year than any other country by a long shot.

China’s tea varies by region, with different flavors from one mountainous area to another, but they all come from the same common tea plant. Black tea – known as red tea in China – is among the most popular, with oolong also ranking highly. Oolong is a partly fermented version of black tea, known to improve mental alertness with its high caffeine content, along with lowering cholesterol and contributing to healthy hair. 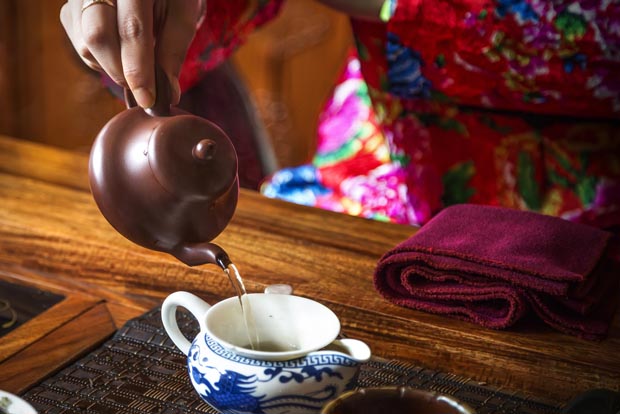 Courtesy of hxdyl via Shutterstock

Take a trip and try out one of these unique ceremonies, or even try to replicate it yourself at home. Whatever way you like it, tea has been shown time and again to be a healthy drink known for bringing people together.

So where will your next cup come from?