Tired of long lines? Of the same old rides and expensive food? Here are some themes parks you need to visit if you want to to see something new and out of the box. These parks have rides, oh yes, and all sorts of attractions, but you’ll never forget your day there!

Theme Parks You’ve Never Heard of but Need to Visit 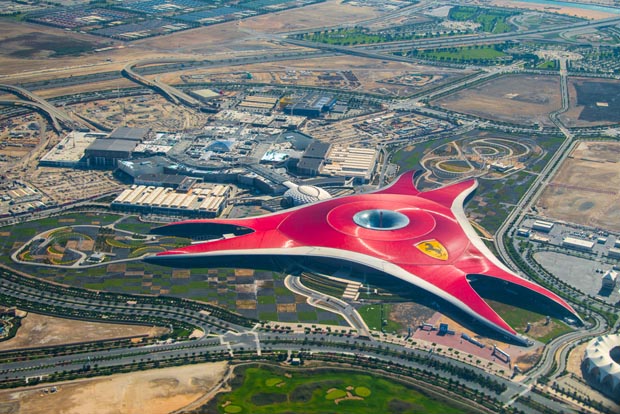 Ferrari World, in Abu Dhabi, is the park for speed-lovers, fans of Formula 1, and motor-heads of all nationalities. It is one of the most ambitious parks ever built: the largest indoor amusement park in the globe with the world’s fastest roller coaster, the Formula Rossa. 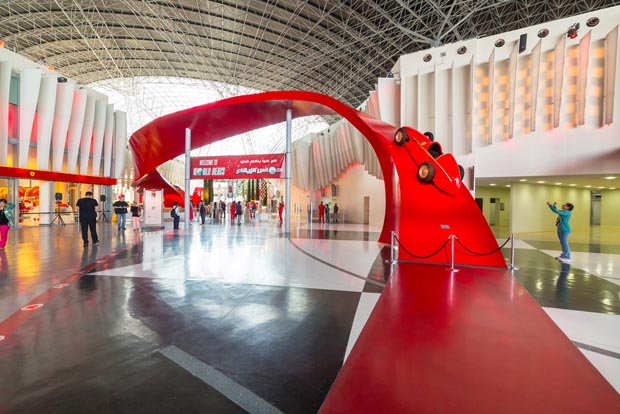 The Formula Rossa speeds at a neck-breaking 130 mph, going up as high as 180 feet. Ferrari World also has the world’s largest logo of its kind, which covers the entire roof of the complex. You could even race your friends in replicas of Formula 1 cars.

Dubailand is one of the most futuristic and expansive parks you could ever visit. It has the world’s largest water park, a series of Tiger Woods sponsored hotels, cool animatronic dinosaurs and more. These things make it a huge place where fun, luxury and futurism come together.

Dubailand has a large human-made beach and reef, golf courses and even replicas of the wonders of the world. At Falcon City Wonders, you can see a replica of the Eiffel Tower, the Hanging Gardens of Babylon or the Taj Mahal. 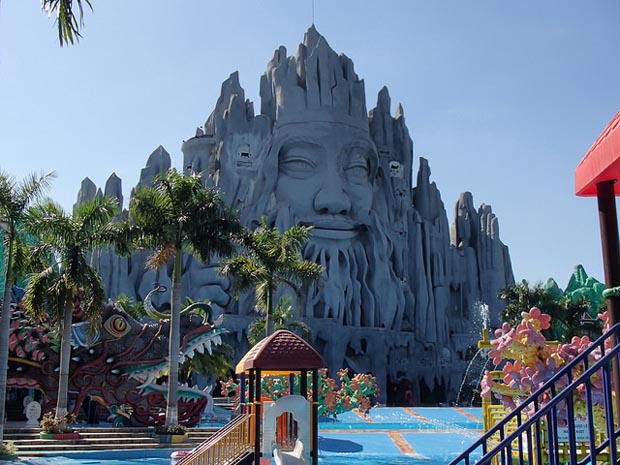 Suoi Tien recreates what Buddhist heaven would be like if it were a giant amusement park. It is built on a sacred site, and it attracts thousands of tourists and visitors. The park is filled with all sorts of crazy buildings, statues, and decorations taken from Buddhist mythology and religion.

They all represent some part of Buddhist heaven and, in the park’s scarier attraction, hell. This haunted house is guarded by unicorns, who are gatekeepers to the underworld. 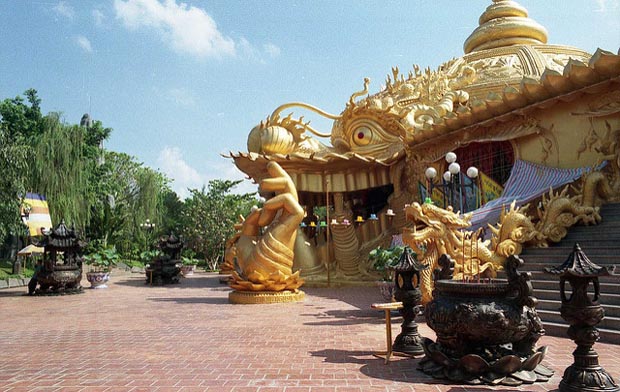 You can also take a walk through an enchanted forest, the Sorcerer’s Jungle, where you will be waylaid by ogres, monsters and giant magical scorpions (all in good fun, of course!). Suoi Tien even has an impressive aquarium, with over 1500 crocodiles. 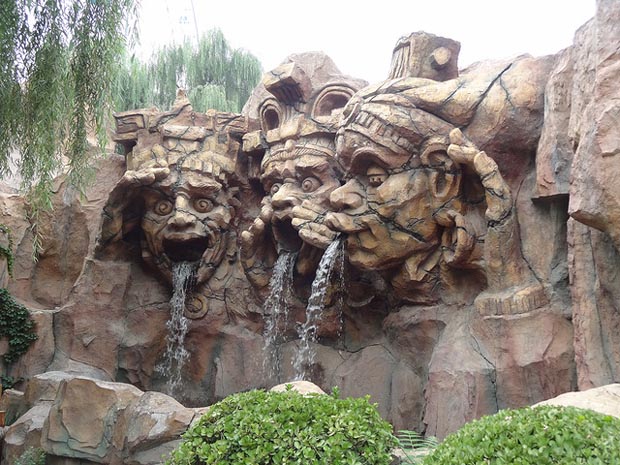 You won’t find Snow White, Mickey Mouse or Aladdin at Shijingshan Amusement Park, in Beijing, but you will find characters who are suspiciously similar. The park’s motto, in fact, is “Disneyland is too far”. One of its main attractions is a giant castle that is remarkably similar, if less fancy, to Sleeping Beauty’s. 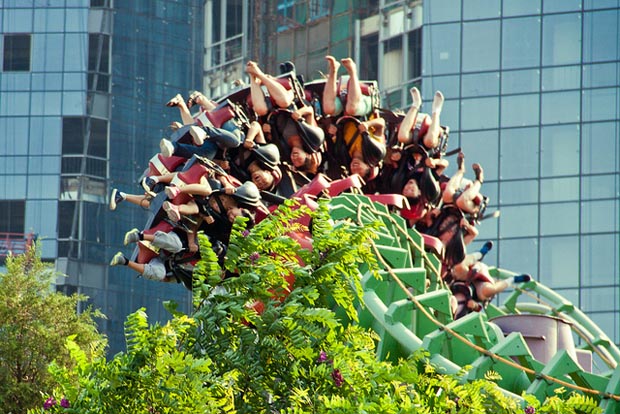 But don’t let that stop you from enjoying the fun, the roller coasters and the opportunity for some genuinely funny selfies.You will even be able to mingle with other familiar characters like Bugs Bunny and Hello Kitty, who are common sights in this magical castle kingdom. The park even has a giant sphere that looks just like the EPCOT Center. 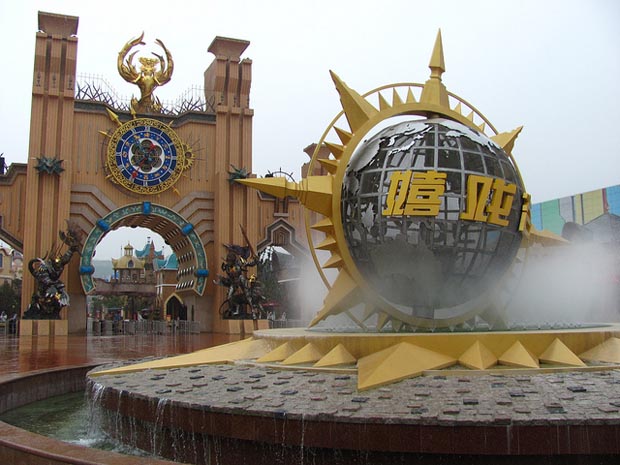 World Joyland is one of the most popular parks in China, focusing more on hit video games than on movies. At World Joyland, you will also have some great opportunities to take pictures with characters who look suspiciously like trademark icons. Rides are loosely (and unofficially) themed around games like World of Warcraft. 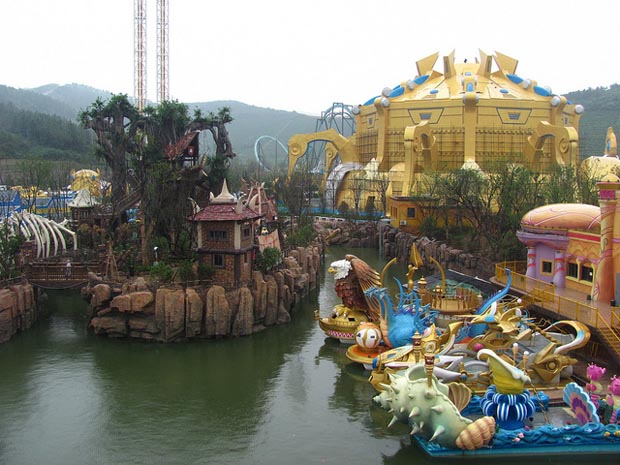 World Joyland also boasts some very cool cosplay. The park draws in lots of people who want to show off their work to their friends and tourists. It has highly-futuristic attractions, like Universe Starship, as well as more fantastic ones in its Warcraft-themed Terrain of Magic. 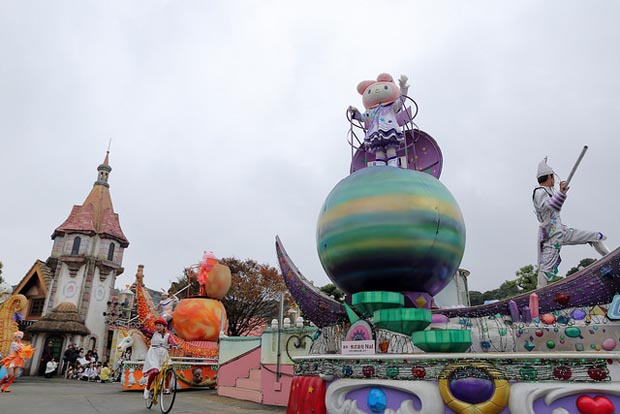 Harmony Land is the amusement-park home of Hello Kitty. It is a very popular destination for families with kids, but you won’t be surprised to find out that the young and young-at-heart love it too. After all, it’s got everything an amusement park could hope for. 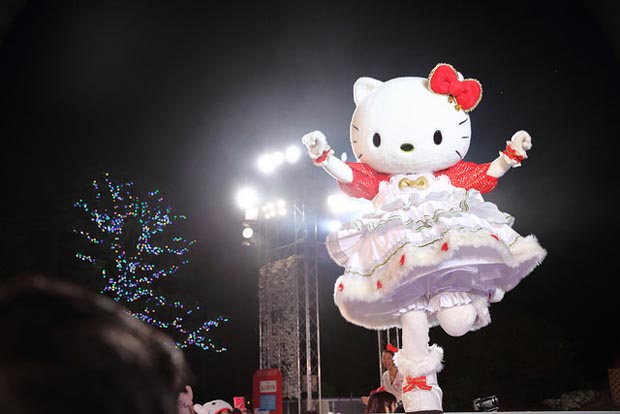 The home of Hello Kitty has roller-coasters, in which you’ll see all of the characters from the HK universe, as well as fun attractions, sophisticated laser, and 3D shows, boat rides through underground tunnels and even a great big kitty castle. 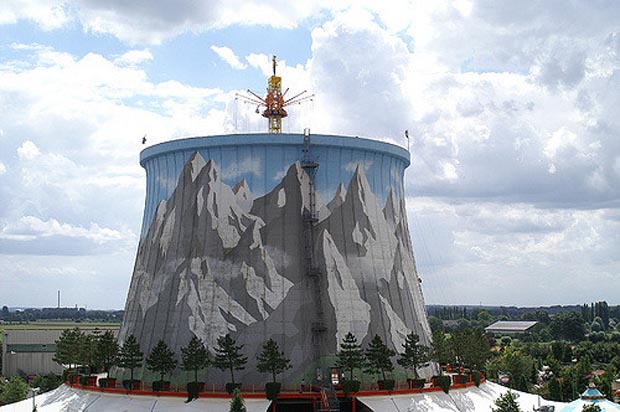 Wunderland Kalkar began its life as a Soviet-era nuclear power plant. Due to some construction problems and local protests, it never actually went active. Its fate was sealed in 1986, 13 years after construction began when the reactor at Chernobyl melted down. It was permanently canceled and abandoned. 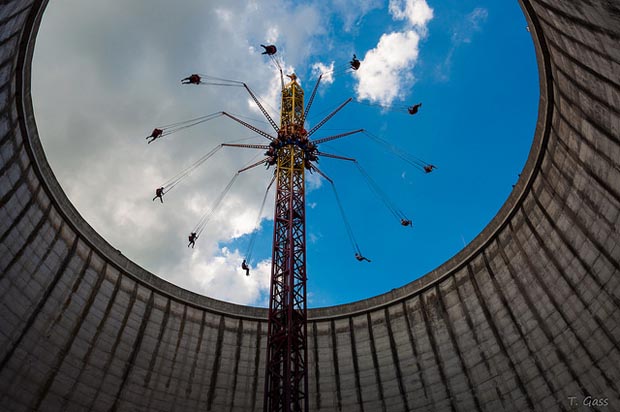 In 1991, however, its was bought up by a Dutch investor who saw its real potential. It has been fully renovated and currently has more than 40 rides of different types, using up the vast space and communist-style design. You could even rock climb the cooling tower or fly around it in the panic-inducing swing ride. 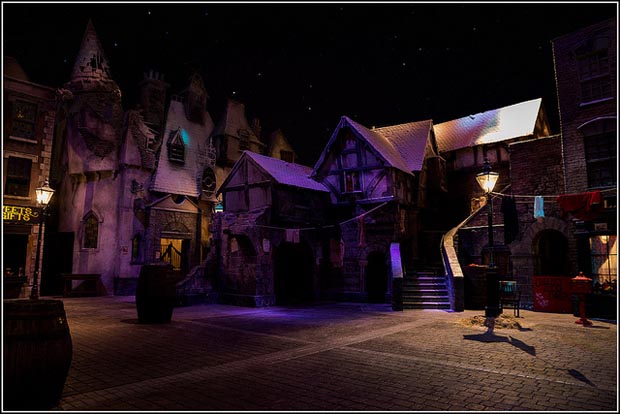 Dickens World, in England, recreates the universe of Charles Dickens’ novels with close attention to detail. The park takes you back to 19th century London, where you can see hardened criminals on the run, industrial soot and grime, hunger and poverty, and even the Marshalsea Prison. 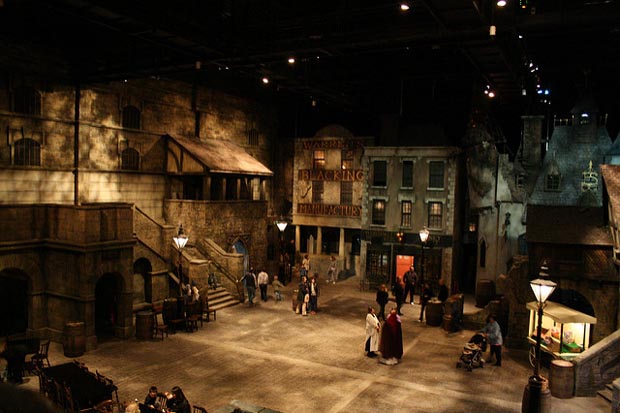 While you won’t meet Mickey or Goofy, you’ll meet animatronic versions of Dickens’ characters at Britannia Theater. You can also take the Great Expectations boat ride or take old-time photos at Peerybingle’s Pawnbrokers. 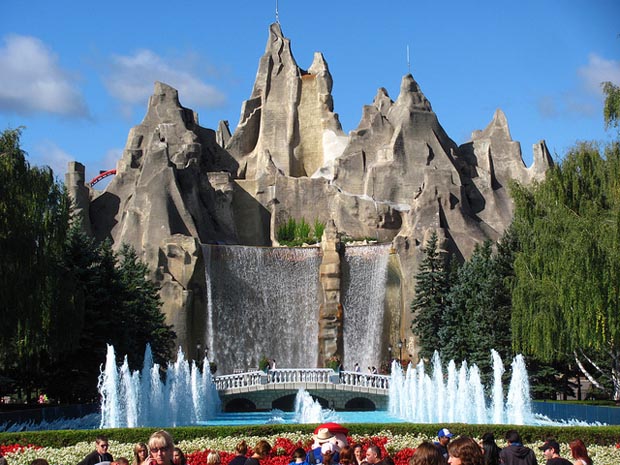 Just outside Toronto, one of Canada’s major cities, you can find Canada’s Wonderland. This Canadian-edition amusement park has over 200 rides and attractions, a water park, as well as tons of restaurants and shops. This is a great place to go if you want to experience a full-on, large-scale amusement park with all the features. 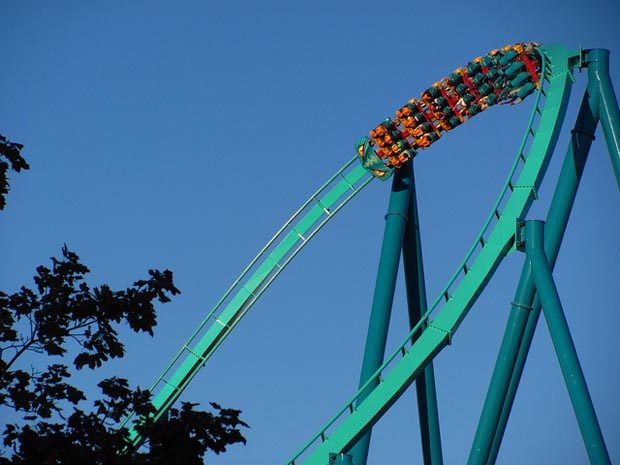 Canada’s Wonderland has some truly excellent roller-coasters, like its main attractions, the Leviathan and Behemoth. These hit 4.5 of G-force and go at an eye-watering 150 km/h. These are some seriously fast coasters, so be ready for a thrill-ride. If you want to avoid the long lines and wait times, you really should spring for the SpeedPass! Weeeeee!

Forget Disneyland and Six Flags; you can find amazing amusement parks all over the world. This list is only a top ten, but there are some fun, scary, bizarre and amazing things out there. Remember that long lines and wait times can often be avoided for a little extra.