Along the streets of Barrio Norte, Buenos Aires you will find a beautiful theater, called the Grand Splendid Theater, that dates back to 1919. If you enter it, however, you may be surprised to find that no plays are being staged here any longer. You would be out of luck for movies too. Though the theater at one point in its history functioned as a cinema, it was at last converted in 2000 into the bookstore that it is now: the gorgeous El Ateneo Grand Splendid bookshop.

The theater building was originally designed by Peró and Torres Armengol. It wasn’t until much later that architect Fernando Manzone was invited to redesign the building into a bookshop. Taking the challenge head on, Fernando created a beautiful design that preserved much of the theater’s interior and feel, including the stage, balconies, detailing, and even the famous red stage curtains. Evidently, he did a wonderful job; El Ateneo Grand Splendid was chosen as the second most beautiful bookshop in the world by The Guardian in 2008. And it truly is a sight to behold, from its era decor and 1920s ambiance to its many floors of never-ending shelves.

Take a look for yourself! 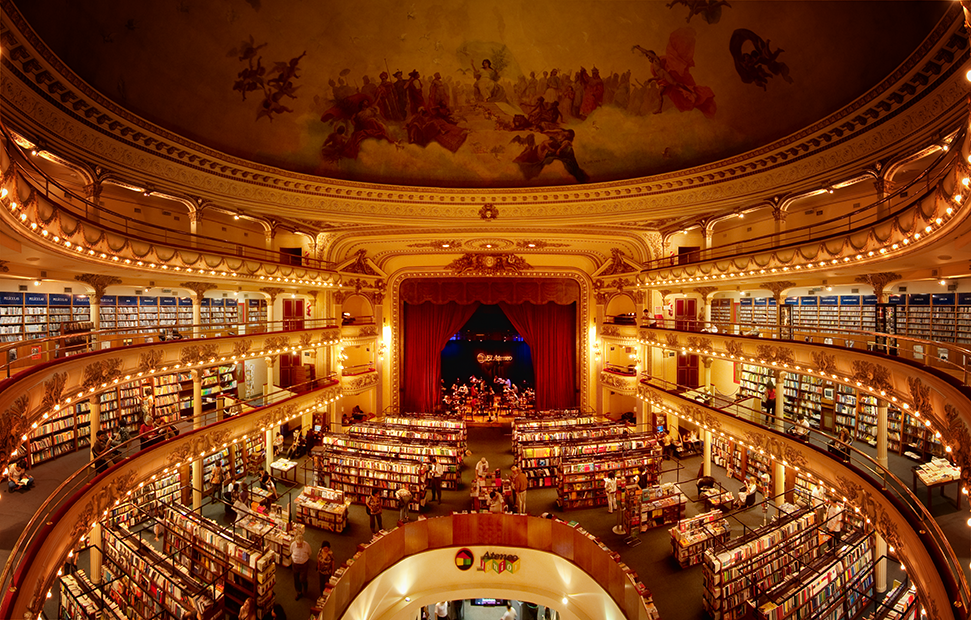 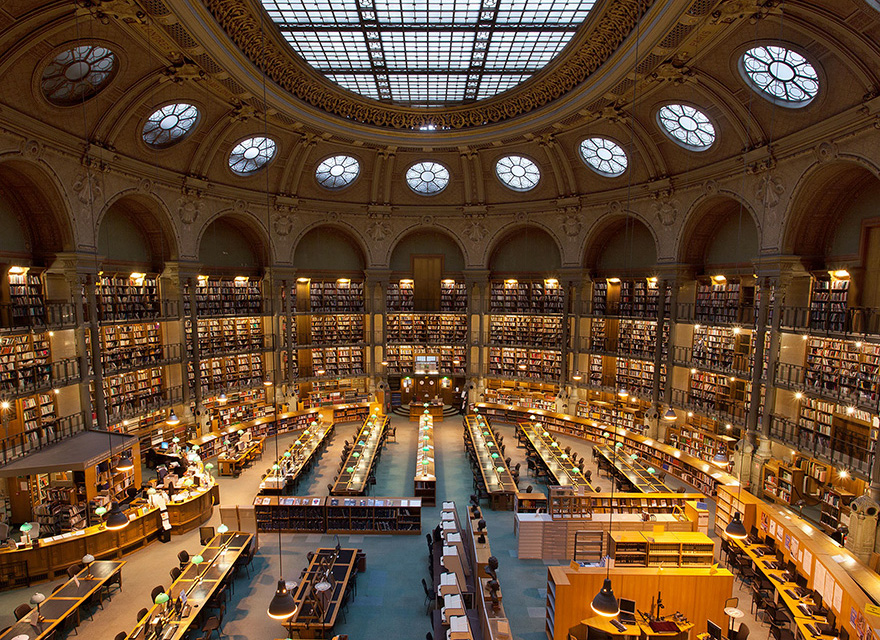 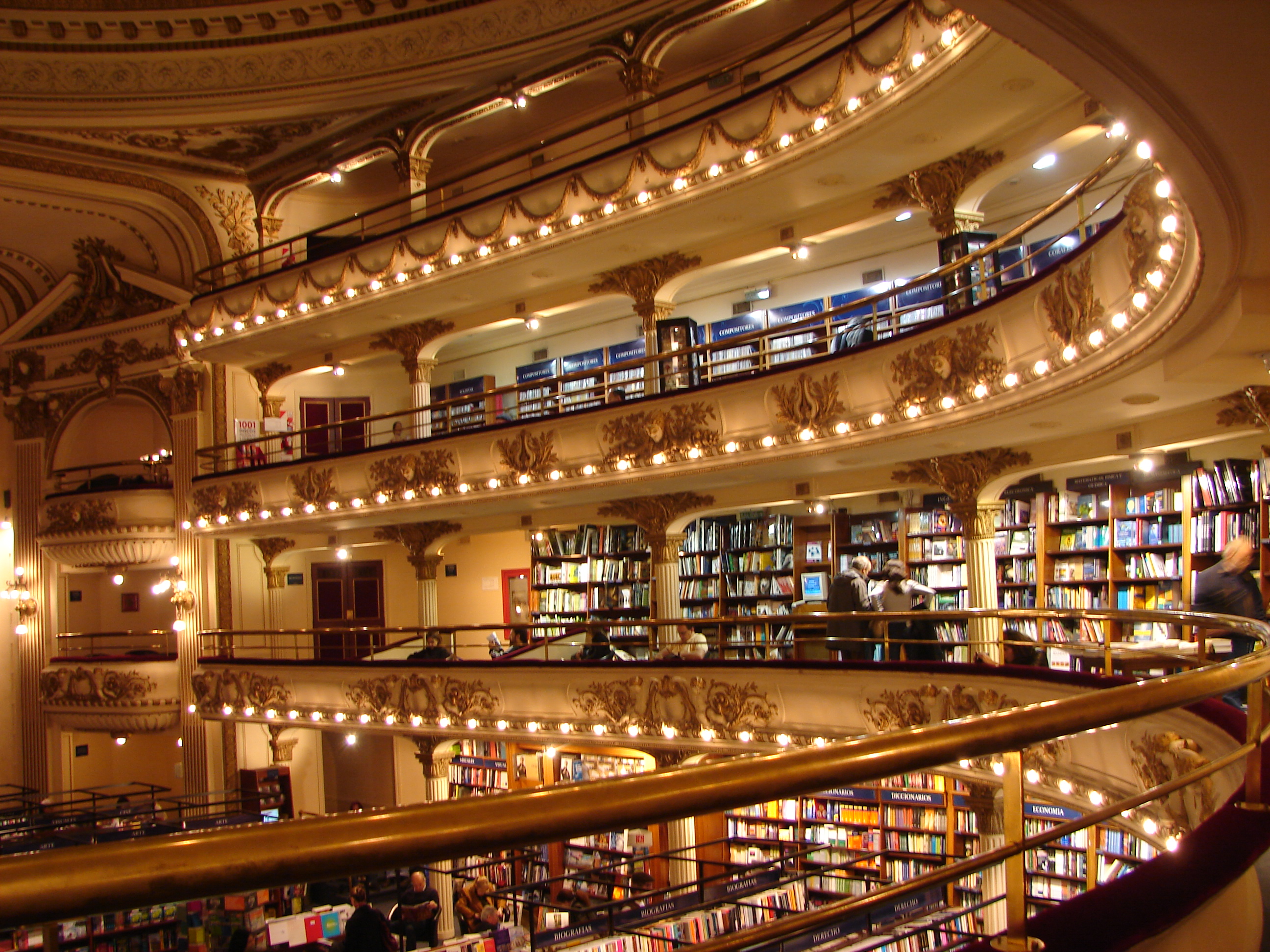