These 5 Cities Are Changing The Meaning Of Bicycle Friendly

Two heads might be better than one, but are four wheels really better than two? Not in these 5 cities, where locals and tourists prefer bicycles for getting around town.

With stunning architecture and plenty of stopovers, life in these places really is better on a bike. Take a spin through 5 of the world’s greatest cities for cycling.

5 Cities That Are Better On A Bike

The first thing you’ll notice when you get to Amsterdam, is that everyone here is cycling. And it’s easy to see why.

Cruise past flower sellers hanging fresh arrangements in the window, ogle at historic merchant’s houses that lean over glistening canals, and you’ll realize cycling really is the easiest way to take in the city. Your two wheels will let you duck into narrow alleyways a car simply couldn’t squeeze through.

It’s also helpful when making pit stops for fresh waffles, since your open-air ride helps you smell out the closest bakeries.

Bike rental shops are located in most popular neighborhoods, offering all styles of two-wheelers to make you feel like a local as you make your rounds of the parks and cafes. If you’re looking to put some distance between you and the city, rent a road bike and head out of town, where a network of paths lead through open fields and along bubbling rivers, often ending at historic castles you’d never find on foot. 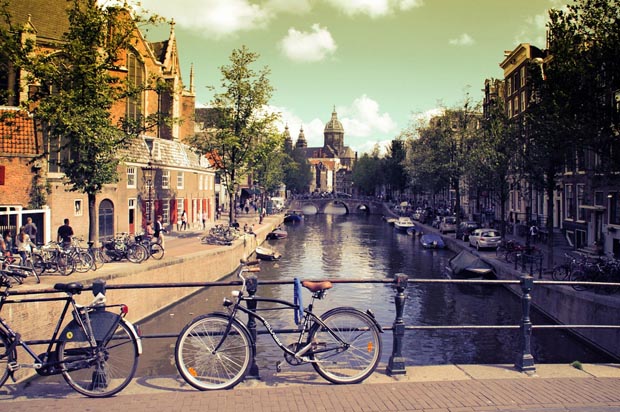 Argentina’s capital is pushing hard to get the attention of cyclists as a bike friendly city. In the past few years Buenos Aires has expanded their cycling networks to reach over 130km of inner city bike trails, most of them well kept and leading past fresh air parks and bustling plaza’s.

Squeeze the breaks when you’re riding downtown, where you can overhear on conversations at sidewalk cafés, while breathing in the perfume of flowers lining the streets of this musical town. Let your ears guide you to a dance hall, and park your two-wheeler at the door to watch the city’s famous dance, the tango, performed by the best in the world.

By the time you circle town it’ll be time for a cat nap, followed by a strong coffee from a neighborhood cafe, before finding out what this vibrant city has in store by night. In a place that glows with the sheen of freshly painted street murals, cycling is a great way to be a part the charm. 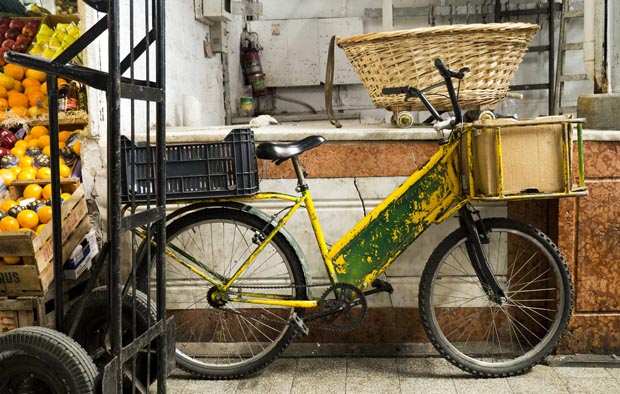 This Northwest city is great at combining two of life’s essentials: drinking coffee and riding bikes. With one of America’s highest ratios of cafes to people, plus endless miles of bike trail, it’s the perfect city to grab a take-out mug and get on the road.

Cycling gives you quick access to Portland’s unique foodie scene, brimming with microbreweries and pastry shops that show off the city’s unique character. And there’s no need to worry about extra calories, since you’ll be burning them off while you pedal around town.

Get out of the city for some of the best forest scenery in the U.S., as you cruise along trails and roads carved into the mountain side. There are plenty of tours available, helping you find the countless waterfalls surrounding this mellow Pacific city. 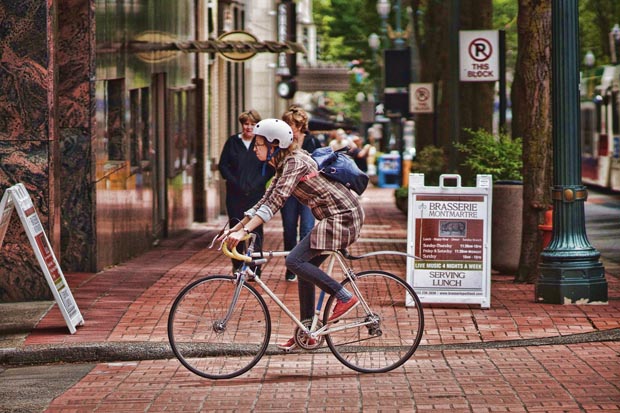 Push your tires over the cobblestone and explore the colorfully painted houses of Scandinavia’s coolest metropolis.

Copenhagen makes huge investments into its cycling infrastructure, and it shows, with nearly half of all residents choosing to ride. In 2014 Copenhagen built the Bike Snake, an elevated orange bike ramp that rises over the city like a floating highway, carrying cyclists to the harbor bridge.

The residents of Copenhagen stay focused on world class design and industrial-chic bars, making sure you’ve got trendy places to stop for sandwiches and pints of local creations whenever you get tired.

Copenhagen’s bike share program stretches all over the city, letting you pick up a bike in one place and drop it off when you find a museum to explore, or stuff yourself with smørrebrød until you’re too full to ride home.

With so many monuments and museums in such a small area, a bicycle is the only way to see Washington.

Do a lap around the White House before your scheduled tour, then wheel over to the Washington Monument. Let the cool wind of progress blow your hair back, while Lincoln watches in deep thought as you casually cruise past. In a city where serious traffic leaves local residents tearing their hair out, you’ll be wheeling around without a care in the world.

Bike share programs make it easy to borrow some wheels and drop them off wherever you end up. If you’re seeking an out of town adventure, rent a mountain bike and head for the Canal Trail, following the Pontiac River until the sound of arguing politicians fades out behind you. 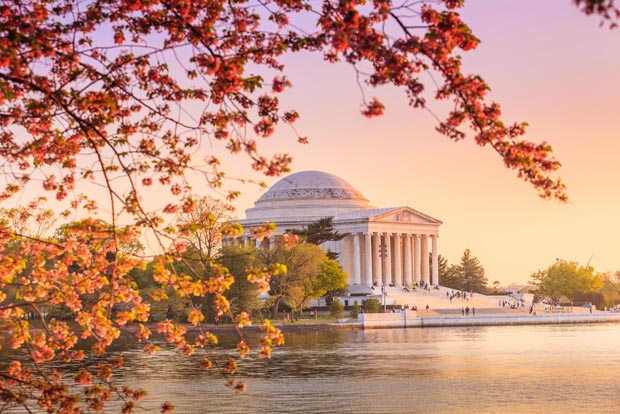 Courtesy of f11photo via Shutterstock