There’s one thing Canada is known for: its nature. But the natural beauty this mammoth of a country is packing is no joke. Its largest park, Wood Buffalo National Park, surpasses all of Switzerland in size by a few thousand square kilometers! In short, Canada has waaay more nature than most people can handle.

That doesn’t mean you shouldn’t get out there, though. You should! Go and see at least some of the countless natural wonders scattered throughout Canada’s 46 national parks. Those parks, by the way, add up to just over 300,00 km². That’s about the size of Poland!

Considering Canada’s gigantic scope, it’s no surprise that its national parks offer a ton of climates and ecological zones for visitors to experience. From canoeing and fishing in the rivers of Ontario’s Thousand Islands National Park to spotting polar bears at Nunavut’s Auyuittuq National Park, your trip regardless of where you end up going will never be short of amazing.

A trip to even one Canadian national park can take you from the South’s temperate forests and stunning turquoise lakes to the North’s vast ice fields. These parks are not to be missed, especially for nature lovers, who regularly come from across the globe to see the beautiful Canadian wilderness for themselves.

To kick this list off, here are some of our favorite Canadian national parks from the Toronto Sun’s awesome selection:

Most Beautiful National Parks In Canada 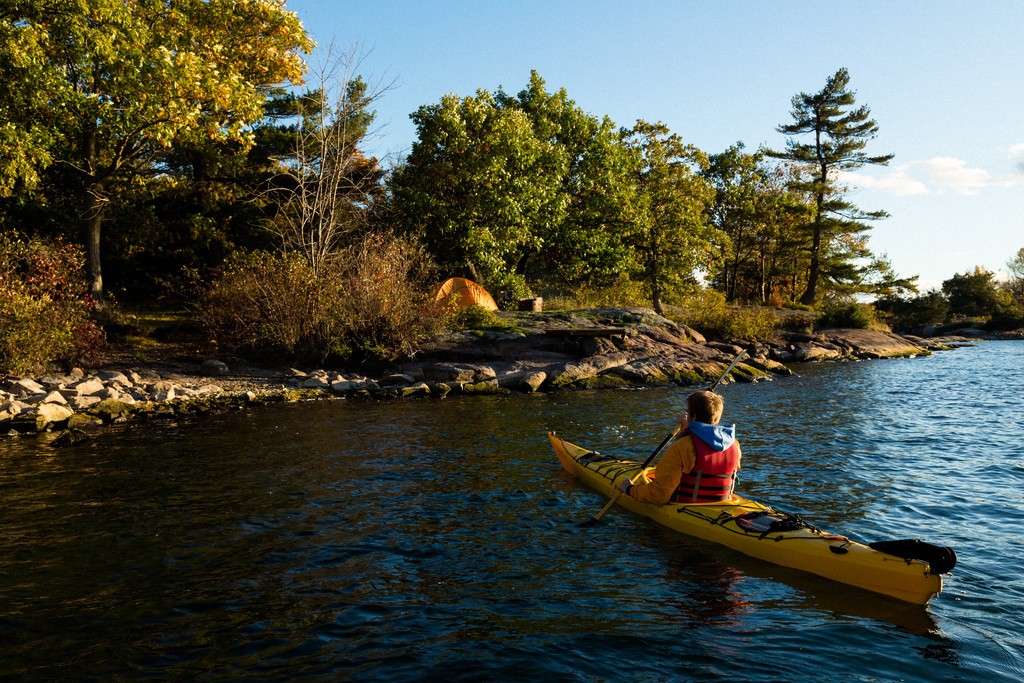 Always popular with boaters and paddlers, the park’s campsites are located on 12 of the islands. For those who like a bit more living space, the park now offers rustic oTENTik cabins that can sleep up to six people on McDonald and Gordon islands, and at Mallorytown Landing on the mainland. 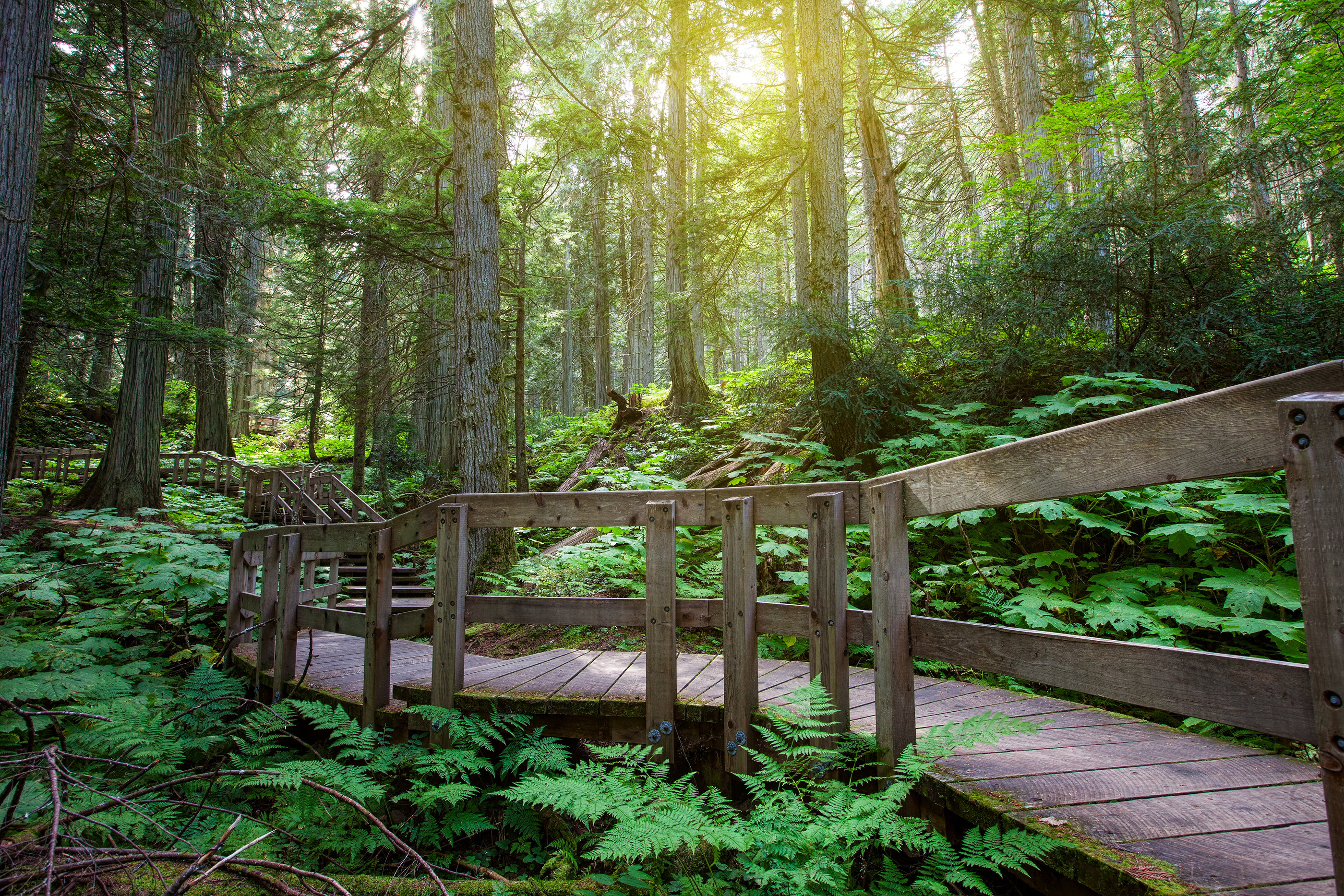 Stretching over 50 km of Vancouver Island’s western shoreline, the park’s rugged coast and temperate old-growth rainforests is an ecological paradise that has something for everyone. The park is made up of three separate regions; Long Beach, one of Canada’s best surf spots; the Broken Group Islands, which features over 100 islets that dot the Barkley Sound; and the West Coast Trail, which gets its name from the 75-km hiking trail that winds through the park’s old-growth rainforest. 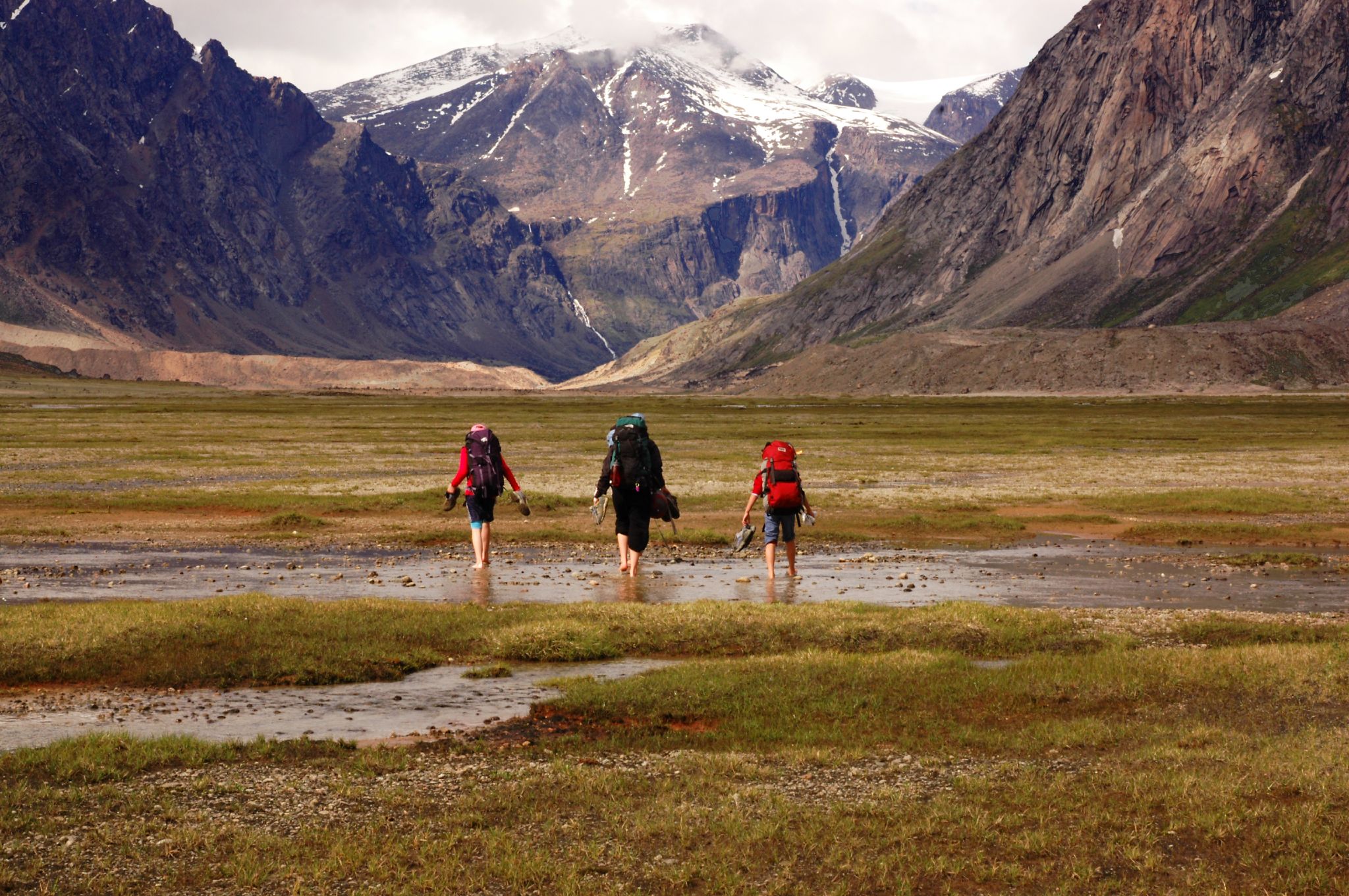 Experienced adventurers looking for an off-the-beaten-path experience will love exploring Canada’s only national park north of the Arctic Circle. Named after the Inuktitut word meaning “land that never melts,” the park covers 19,089 sq km of wildlife that is mostly untouched by humans, where wildflowers, seals, polar bears, narwhals, beluga whales, arctic hares and ermines thrive. Located on southern Baffin Island, the park includes the highest peaks of the Canadian Shield, the Penny Ice Cap, marine shorelines along coastal fjords, and Akshayuk Pass, a traditional travel corridor used by the Inuit for thousands of years. To access the park, visitors can either travel by boat or snowmobile from Pangnirtung or Qikiqtarjuaq, and must register and undergo a safety orientation with Parks Canada before entering the park. Be sure to pack waterproof clothing as June to September are the wettest months. 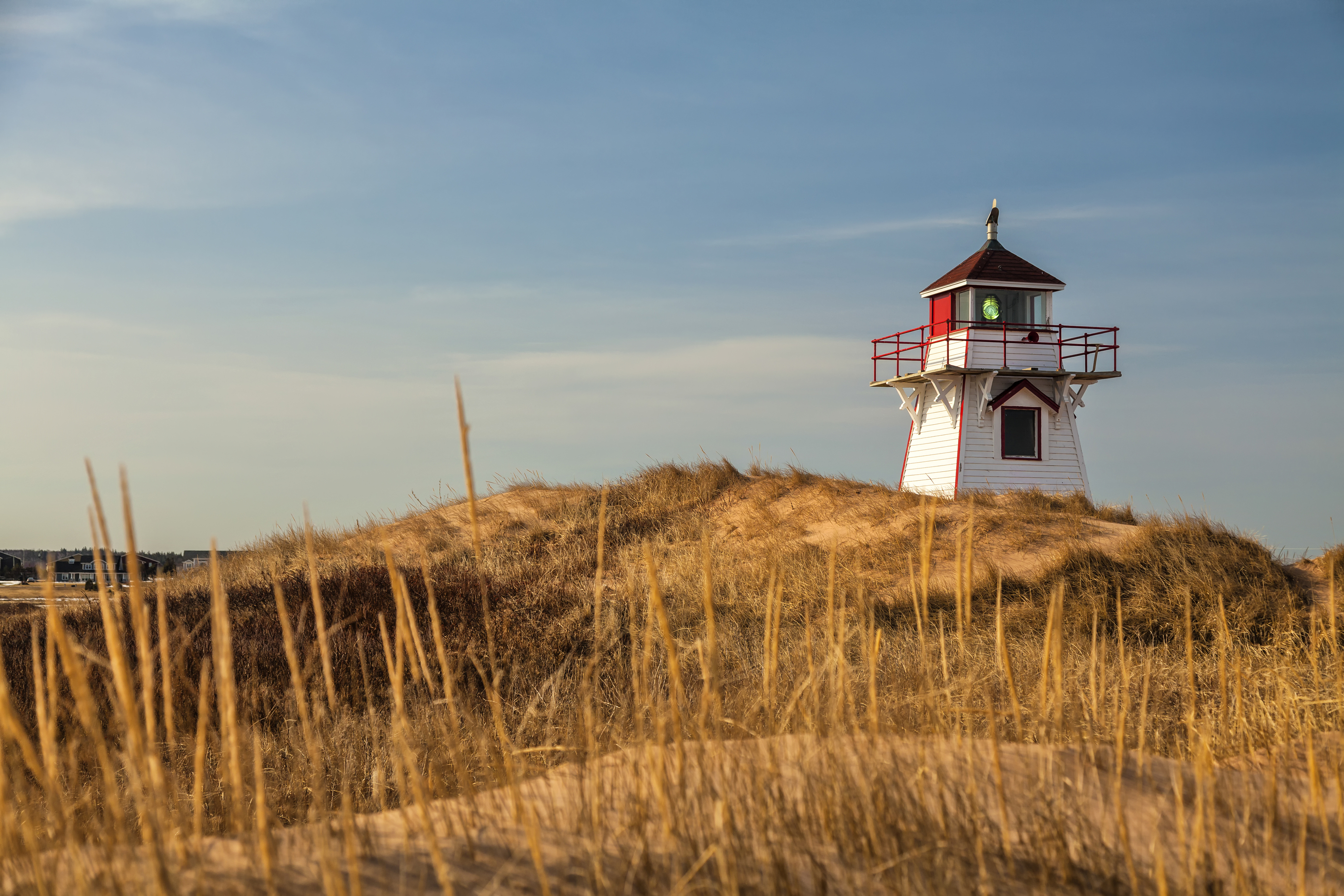 This family-friendly park features beaches, giant shifting sand dunes, trails and Green Gables, home of Lucy Maud Montgomery’s classic novel Anne of Green Gables. Among the three campsites that are located within the park, Cavendish Campground is the largest and most popular with over 200 sites and an exclusive supervised white sand beach.

And if those aren’t enough, here are a few more downright amazing Canadian national parks from Matador Network’s Claire Litton-Cohn: 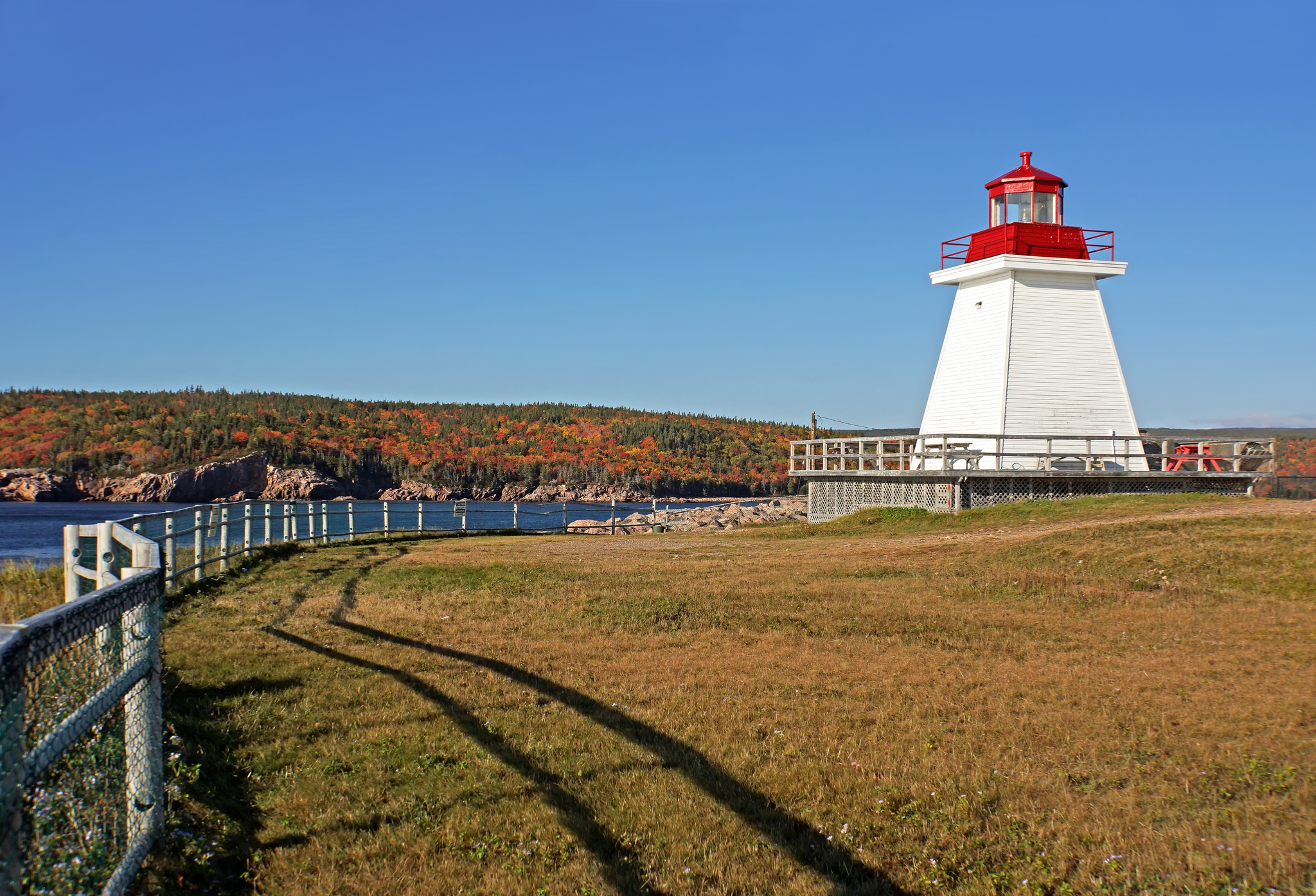 The park is enormous — covering an area of 367 square miles — ranging from cliffs fronting the Atlantic to the tundra-like plateau of the highlands themselves. Being near the shallow Gulf of Saint Lawrence, the region is hot in the summer and snowy in the winter, with heavy winds known as suêtes blowing down from the southeast during the cold months. The variety of wildlife is immense: There are whales, dolphins, and seals on the ocean side of the park, while you can see bobcats, bald eagles, and coyotes inland. 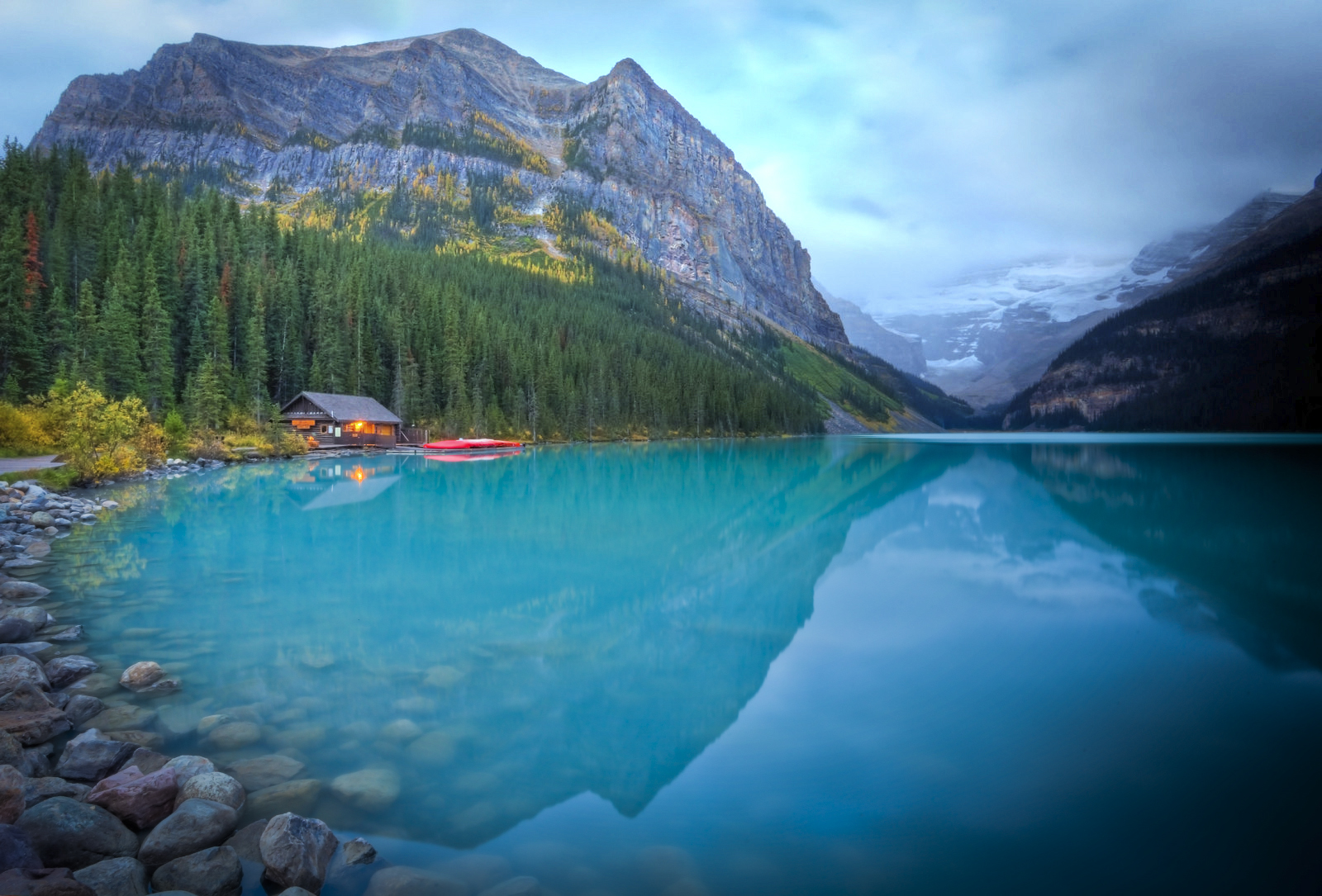 Banff wouldn’t exist if it weren’t for the railroad that brought the first tourists to explore its staggering mountains as early as 1885. The northern tip of the park contains part of the Columbia Icefield, a vast “sea” of glaciers. Mount Snow Dome, the highest point in the Icefield, acts as a global hydrological apex, which means it feeds water to the Arctic, Pacific, and Atlantic Oceans. The park is home to grizzlies and black bears, as well as elk and wolves. Visit in the winter and the chances are high you’ll spot bull elk sporting huge antlers.

The town of Banff provides a jumping-off point for trips to the hot springs on Sulphur Mountain (the peak is accessible by gondola or two switchback-heavy trails), Bow Falls, and numerous mountains and ski resorts, including postcard-famous Lake Louise, which is less than an hour’s drive to the northwest. The town of Banff is also the starting point for the Great Divide Mountain Bike Route, which runs south more than 2,700 miles to Antelope Wells, New Mexico.

Those should be enough to get you started for now. Not to mention that actually exploring those parks alone would probably take a whole lifetime if you wanted to be thorough! The best solution is to just get out there and enjoy some of the wonders the Canadian wilderness has to offer!

You can also take a look at Claire’s and the Toronto Sun’s full articles for even more national parks.