Ancient ruins of our species’ history are found all over the globe. Each relic tells its own captivating story. It ‘s difficult to express the humbling feeling one gets when in the presence of the tremendous accomplishments of our predecessors. Or, to revel in their swift and untimely end. In some cases, these ruins are no longer above ground. Earthquakes, tsunamis, and a myriad of other factors have played integral roles in burying remnants of former civilizations. Sunken palaces and entire cities, nothing is exempt from the test of time.

What is underwater is not lost! In fact, quite the contrary. Ruins are preserved more efficiently underwater than on land as a result of an oxygen-depleted environment. In these six epic locations, you can strap on a wetsuit and scuba dive amidst an intact, elaborate playground of preserved human history.

1400 years ago an earthquake and the resulting tsunami wiped out the entire ancient city of Alexandria. Alexandria, a coastal region of Egypt, was home to the world’s last independent Pharaoh, Cleopatra. The disaster wiped out a huge portion of the city and completely sunk the nearby island of Antirhodos. For many years Cleopatra’s illustrious palace and the city’s monumental lighthouse were lost under the sea. In the early 1990’s the remains of the city were discovered not far off the present day shore, buried deep under meters of water. 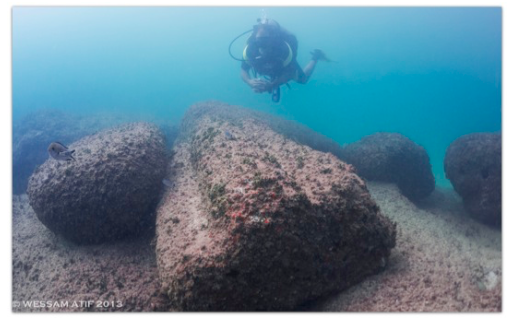 Along the sea floor lies an array of relics proving their age-old authenticity. Over the remains of the palace’s grand red granite entrance pillars, antique jewelry, hairpins, cargo ships, kitchenware, and even glass cups.

Originally discovered years ago, the underwater ruins held far more pieces of the city underwater. Unfortunately, since then, many of the larger, well-preserved pieces have been excavated and moved to museums around the world. While still able to be appreciated by the public, gone is the opportunity to dive amidst the historical relics.

Because the site sits in the Mediterranean Sea, visibility is extremely low. Depending on the day of your dive, you may find you can see less than a meter in front of you. Try to wait for a day when the water is calm. While it will still prove to be a difficult dive site, this will help! 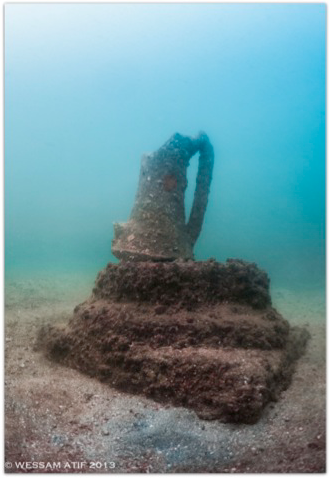 Dating back to the 17th century, Port Royal, Jamaica was known as the “World’s Wickedest City.” The port, home to real life pirates, hordes of prostitutes, was said to be dominated by bars and brothels. However, the city’s glory days were halted abruptly on June 7, 1692, when an enormous earthquake and tsunami wiped out and submerged a huge portion (2/3) of the city. 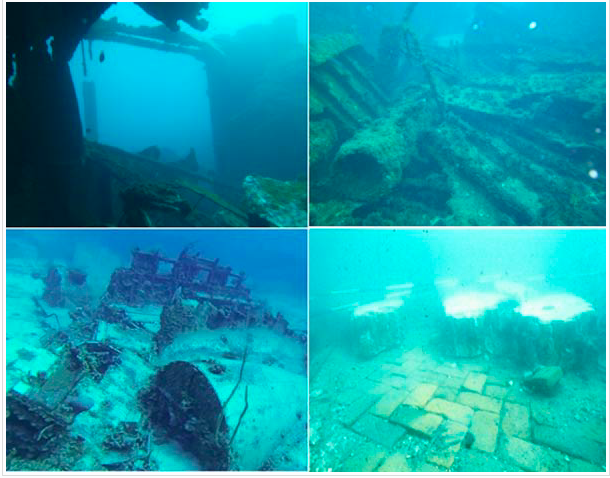 Today, a shallow dive provides you with all the evidence of this disaster you could ever need! Dozens of old buildings lie perfectly preserved along the seafloor. Though some of the city dissolved in the disaster, other areas simply slid into the sea and remain perfectly intact. Head a little further from the shore to find the largest repository of historic shipwrecks worldwide. The city was also a popular inlet for import and export. Many anchored and docked ships in the area were destroyed and sunk during the tragedy.

Approximately 500 meters off the coast of Chennai, in Southern India, divers have discovered these ruins. What appears to be proof of an ancient civilization in the area (and the existence of seven mythical temples) are found on the seabed. The unearthing of artifacts continues to this today. 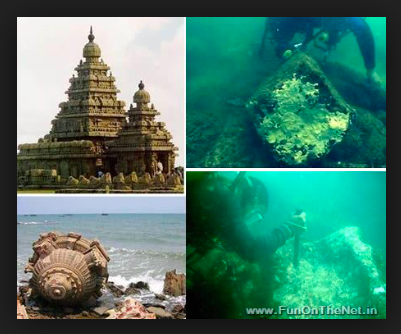 View everything from giant granite lion sculptures to ancient pottery and scripture. As you explore, gain insight into the lives of the Hindu civilization thought to have inhabited the area.

Some debate surrounds the submerged remains of Yonaguni-Jima. While some scientists insist the ruins are simply natural formations, others believe they are man-made structures. Neither theory has been definitively proven. 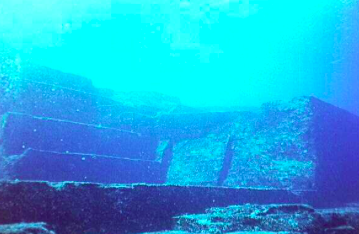 The proposed ruins are found not far from the shores of Taiwan. They include two tall, intact pillars, a stone column, a star-shaped platform, a triangular structure, and channels that look like small roads.

Regardless of their origins, the ruins prove an exciting dive. Experience the unknown! View the eerie sunken formations and decide for yourself!

Head to southern Laconia, Greece for this subterranean haven! The underwater city dates back over 5,000 years. Only about 4 meters separate the ruins from the surface. With evidence dating the town before 2800 BC, scientists believe an earthquake caused its sinking somewhere around 1000 BC. Pavlopetri is thought to be the oldest known submerged city worldwide. 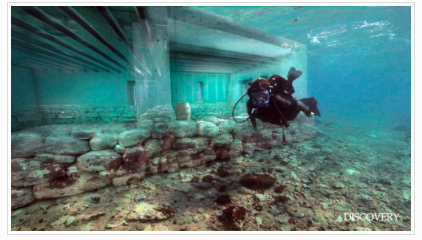 Unlike some of the others on this list, the ruins stand well preserved. Fewer pieces have been removed for study and viewing purposes making the dive particularly interesting. Seeing the ruins in their original resting place packs a particular punch lost in a museum. Swim amidst ancient roads, two-story homes, temples, and even a cemetery. 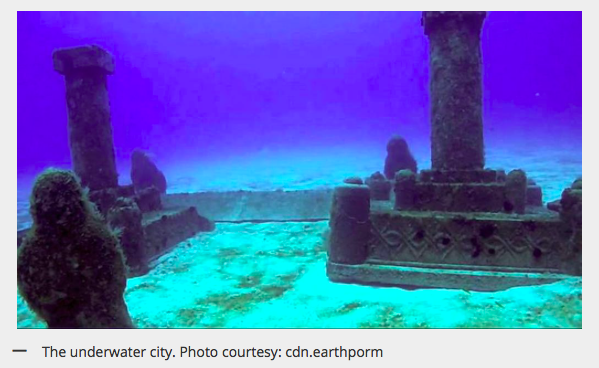 On a dive here, view ancient sandstone walls, stone anchors, streets, an old sea port, and an array of other artifacts.