Have you ever thought of visiting a former torture camp or walk within the walls of an abandoned hospital? If you’re looking for a daunting vacation route, these haunted places might be next on your bucket list.

1.The Island Of The Dolls, Mexico 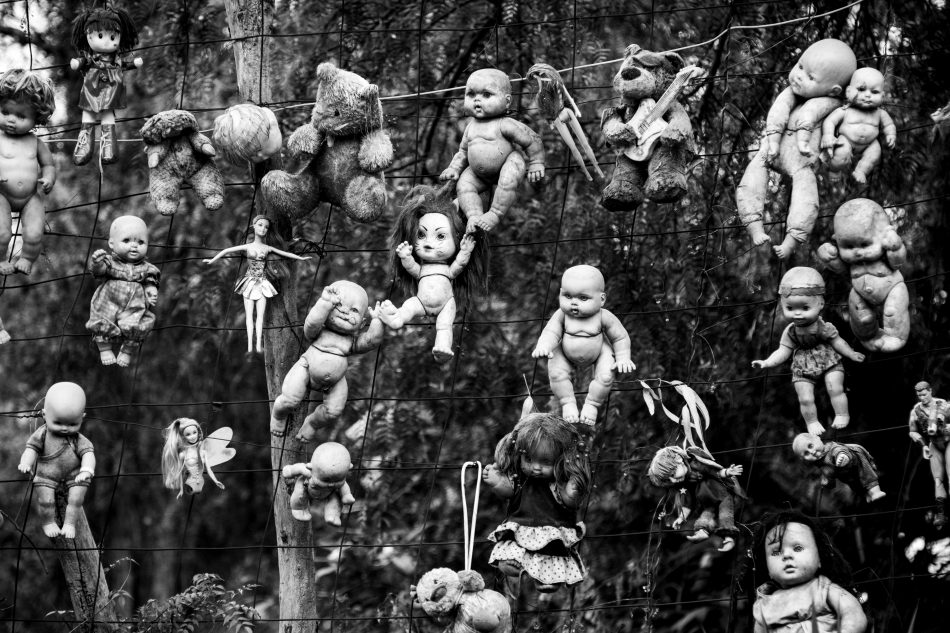 You will never look at dolls the same way again. Down the Xochimilco canals, 28 km from Mexico City lies the Isla de las Muñecas. It is said that Don Julian Santana Barrera – the caretaker of the island, once found a girl who mysteriously drowned in the canal. Shortly after, he found a floating doll believed to belong to the little girl and hung it on a tree. Since then, he believed that spirits of little girls possessed the dolls and had been continuously adding dolls to the island. Tourists are welcome to visit the island and hang toys of their own. Julian died in 2001, but his legacy remains. 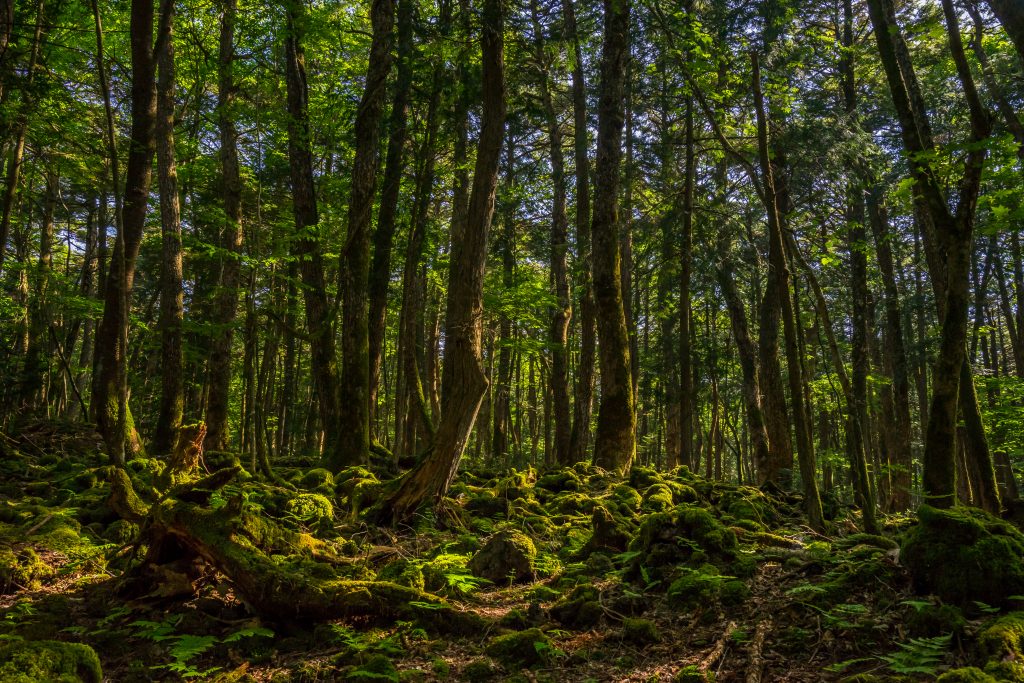 Across from Mt. Fuji, a popular tourist destination crowded with tourists and happy children lies the grimiest place in Japan. Aokigahara Forest is sadly the number 1 place for suicide occurrences in Japan and sees dozens of lives taken yearly. It’s dense trees, and twisted pathways make it unfriendly to visitors but enticing to depression. Although some curious tourists brave the forest, the quiet terrain holds untold stories of suicidal souls. Some guests mark the trees with tape as they go deeper into the woods because similar surroundings hinder visitors from finding their way back. 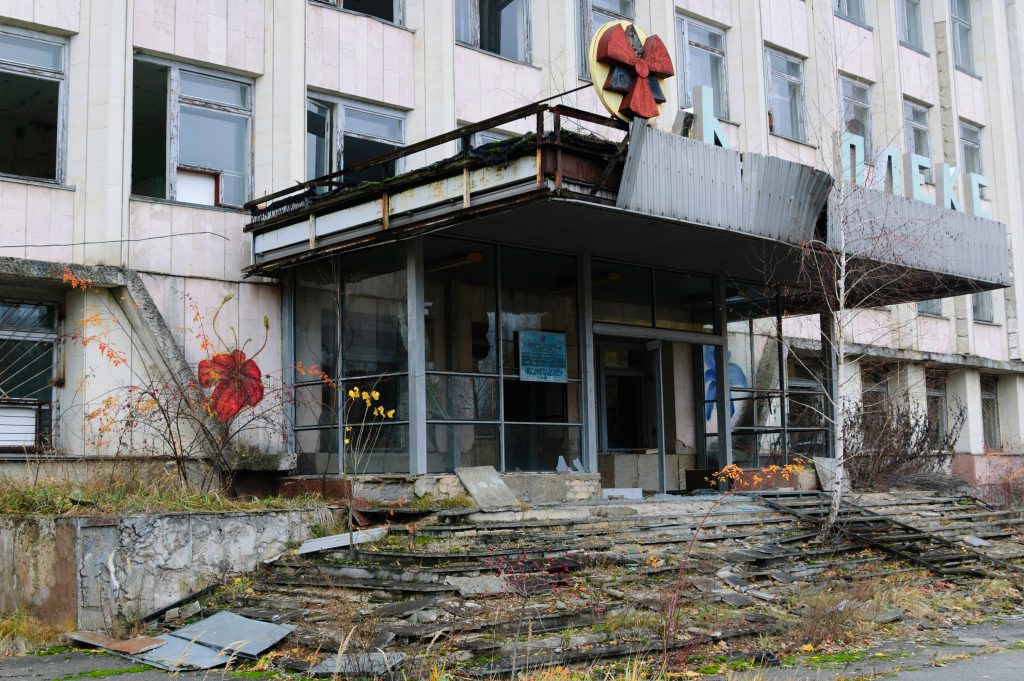 The Chernobyl disaster took the lives of thousands in Pripyat. The nuclear accident happened during a safe test in the late hours of nightfall. Although there were only 31 direct casualties, those numbers do not represent the thousands who died in the upcoming years due to radiation. But visitors can safely visit this abandoned ghost town as radiation levels decreased significantly. Moreover, guests can choose from many Chernobyl Tours, so they can see for themselves of what is left of the disaster.

A post shared by Lugares Paranormales (@lugaresparanormales) on Jun 1, 2017 at 11:13am PDT

Built in 1910, the Waverly Hills Sanatorium treated patients with tuberculosis. The sanatorium treated approximately 130 patients before its closing in 1961. Numerous deaths took place during its reign. What’s unique about Waverly Hills is it became its own little bubble in isolation. People who worked there had to bid farewell to their former life because tuberculosis was highly contagious. Waverly Hills included a market, post office and locals even grew their own vegetable and raised livestock. Today, tourists can explore the grounds on paranormal tours. 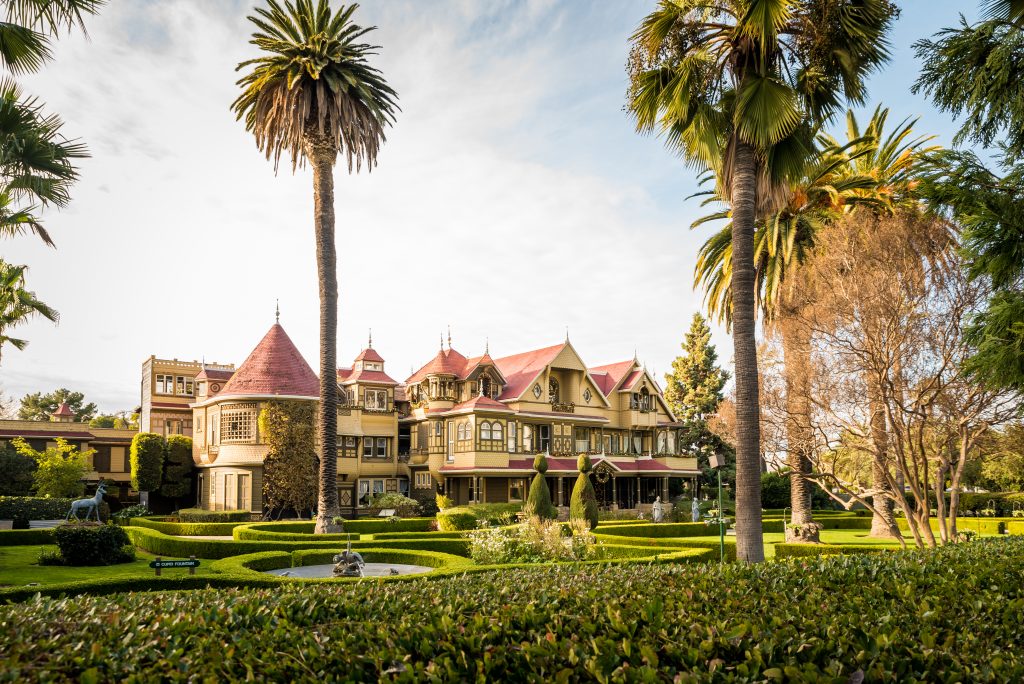 From the grandeur exterior, you might not guess that horrific secrets roam the hallways of the beautiful architecture. Sarah Winchester, an heiress, inherited a large sum of money after the death of her husband (a rifle company owner). Shortly after her husbands’ death, Winchester tragically lost her infant daughter. This coincidence led her to believe that the spirits killed by the rifles of the company were haunting her. Distraught and depressed, Winchester sought a medium to find comfort. The medium told her to move West and build a house to prevent the spirits from finding her. Winchester built the house in 1884, and it is said that construction did not stop until her death in 1922. The grand and mysterious structure features many unusual features like stairs that lead to nowhere and windows that looked out into other rooms. 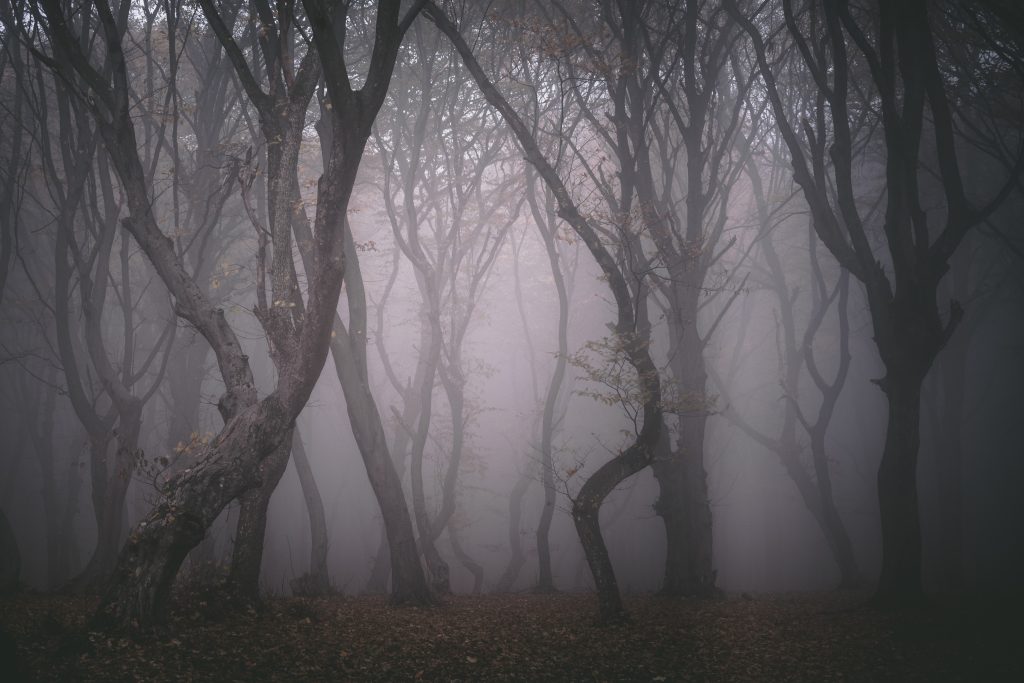 Located in Transylvania aka home of the infamous Dracula, is the world’s most haunted forest. Countless visitors have complained about going into the woods and experiencing nausea, vomiting, rashes, and distortion of time. The legend began when a shepherd, along with his 200 sheep did not return from the forest one day. Another story circulates a little girl who went missing for five years and mysteriously returned with the same clothes. And even stranger, the little girl didn’t seem to age. Sightings of UFO’s and strange objects are also common in the forest. This forest is certainly unusual. Face your fears and dare to venture close to the haunted heart of Transylvania!

Venice is a floating dream for visitors and is Italy’s top tourist destination. However, one of the islands is completely abandoned and has been since 1968. After a major plague spread in 1793, ill patients were sent to the island for temporary confinement. People lived out their last days on the bit of land as it soon became a permanent place for those contaminated by the plague. A doctor also performed inhumane lobotomies to patients which resulted in many deaths in the 20th century. The area’s eerie, haunting past certainly adds an aura of spooky to those who visit. 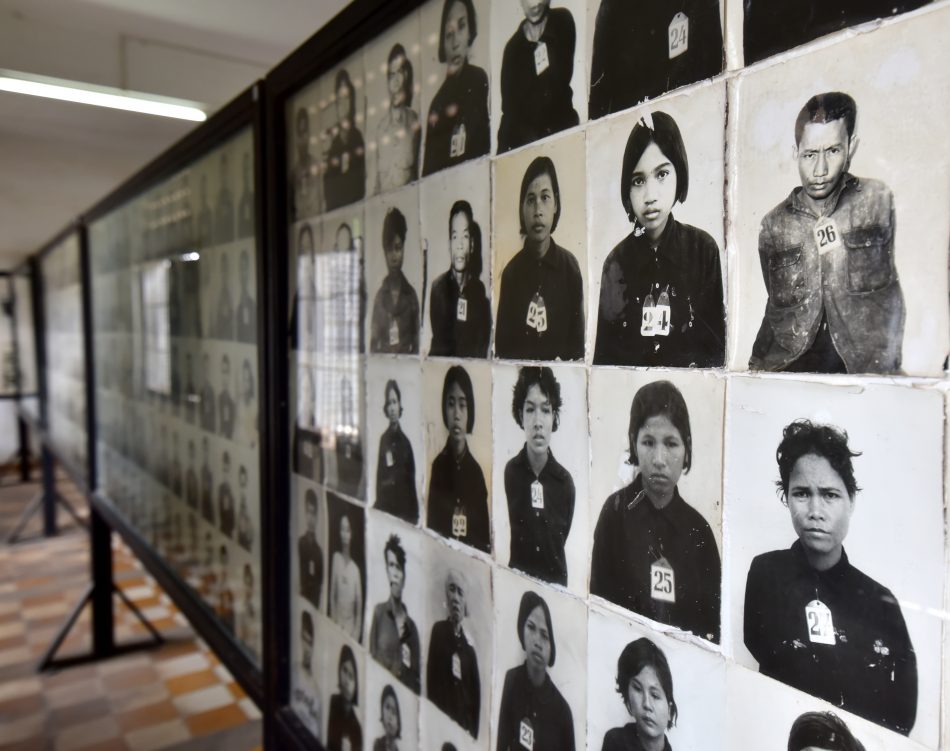 Thousands of Cambodians and foreigners were tortured and killed during the reign of the Khmer Rouge from 1975-1979. The Cambodian genocide, led by heartless leader Pot Pot used Security Prison 21 (S-21) as a torturing chamber. The conditions in prison were horrible and inhumane; prisoners slept in small cells, on the floor and received brutal punishment if they disobeyed the guards. Now known as Tuol Sleng Genocide Museum, tourists can view photographs honoring the deceased and walk the eerie grounds where innocent blood was once shed. 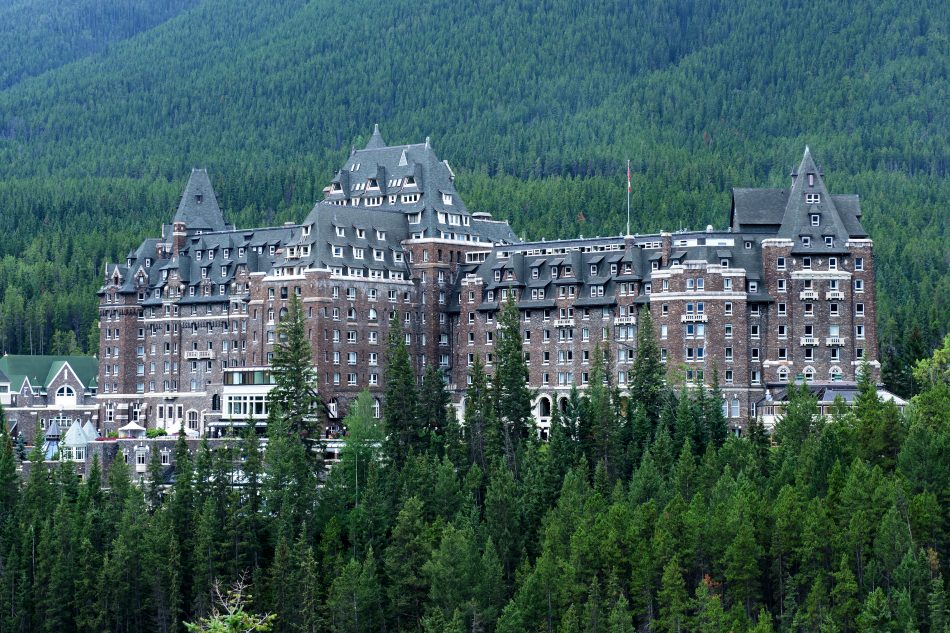 Last but certainly not least is the Fairmont Banff Springs Hotel. The hotel’s creepy history does not prevent hotel guests from staying here or even throwing weddings. Should they beware? It’s rumored that Sam the Bellman died in the hotel in 1975 and still roams the hotel grounds helping guests and staff. He appears in human form, and guests have reported seeing and even talking to him! Another ghost appears as a bride who’s dress caught on fire while walking down the staircase, hence leading to her falling death.

And this last haunting story will surely send shivers down your spine; a family was murdered in room 873. Since then guests have experienced strange disturbances. There are many reports of guests being woken up by screams, and seeing bloody handprints appearing and disappearing in the mirror. Don’t bother searching for room 873, as it has now been sealed off by drywall to match the interior of the hallway.