Looking for the most jaw-dropping and unique sites to go diving? These are places where you will see a world unseen; where your determination and diving hours will be rewarded with a glimpse of the sublime. Here are nine stunning diving spots around the world that you need to see at least once! 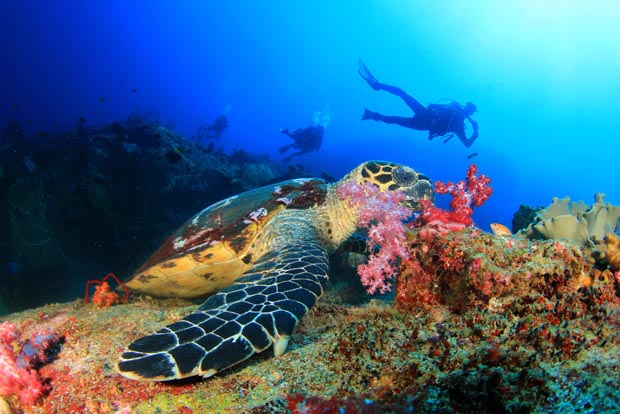 The Most Amazing Places to Dive

The Egyptian Red Sea: The Wreck of the Thistlegorm 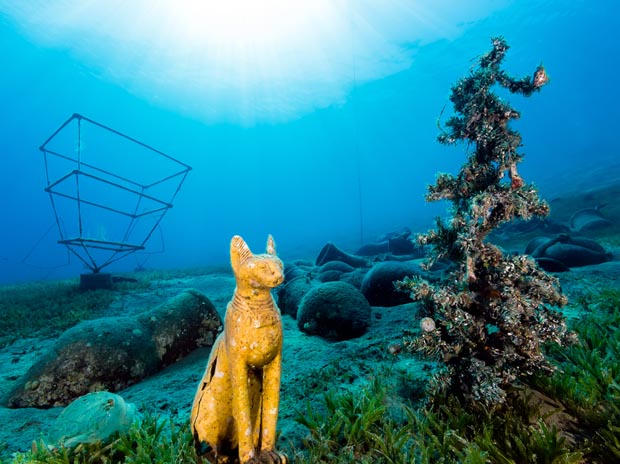 Sunk in 1941, this cargo ship has created an eerie underwater world where only the hardy can go. While diving here, you will see not only coral and sea-life but the remains of cars, bikes, and trucks that were once loaded in the now sunken ship. 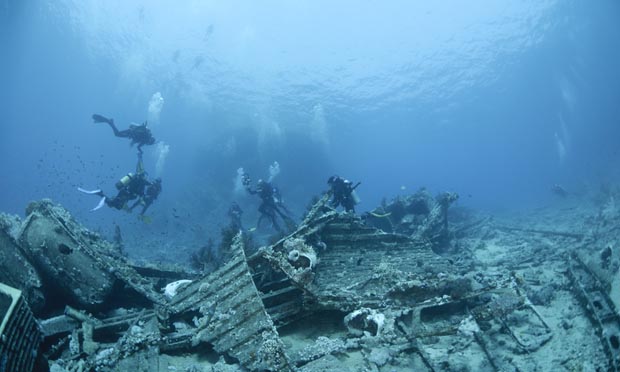 Found near the wreck of the Thistlegorm, this reef is a wild spectacle of life and color. It is one of the unique places to view sea life and coral. This is where the hardy goes swimming. There are several locations which require serious training and previous dives. If you are up for it, however, there is too much to see in one go. 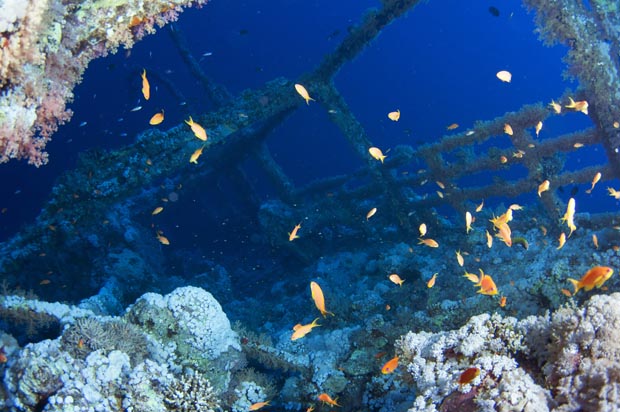 This a world where interaction with sharks is very common. This is, in fact, one of the best places in the world if you are looking to swim alongside the great hunters. The Brothers are a pair of tiny islands, the Big being the preferred for the passionate diver. You are also likely to see gorgonians, sea whips, and antipatharia. 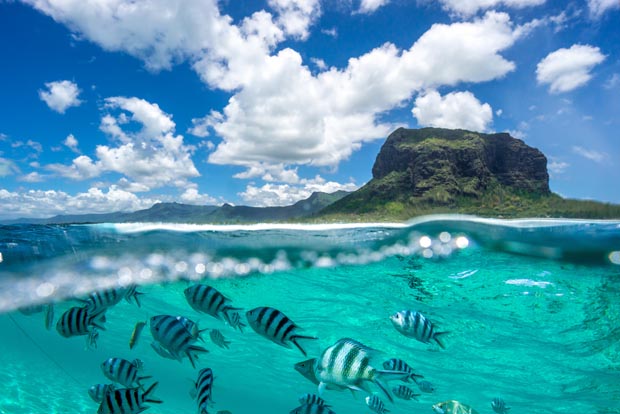 The Hawaiian islands provide some of the most beautiful and untouched environments a diver could hope to see. This is mainly due to the island’s distance from most large countries and its touristic industry. It is also a point in the migration of whales, turtles and other far-swimming fish.

Of all the of dives that you could do in the Hawaiian islands, the Manta Ray night dive is for those who want to see the marine world in its most majestic and untamed. The Mantas are attracted by the diving lights, making them curious and playful. 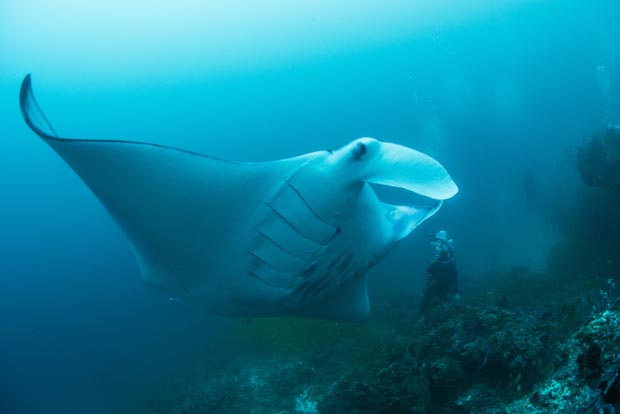 The interaction between manta ray and diver can be unique and even a little scary, since sharks also abound, but it is guaranteed to show you the sea like you’ve never imagined it. 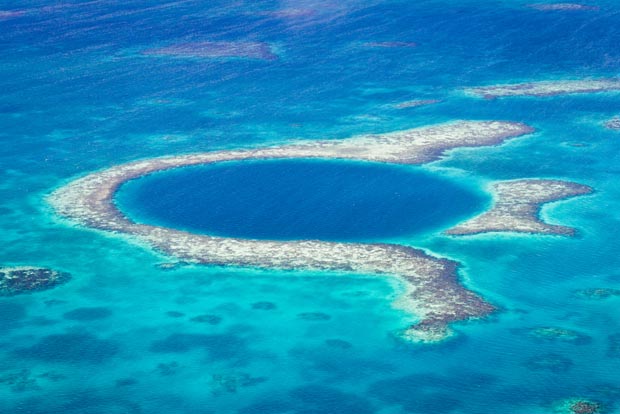 This is one of the most powerful experiences you can have underwater. It is a dive into a sea-floor crevice that can be awe-inspiring and very challenging. The Great Blue Hole is incredibly deep. Diving here, you will see countless species, among them sharks and mako.

A fascinating aspect of this dive, besides the startling blue of the water, is not the massive schools of fish, but rather the coral reef: The Great Blue Hole is lined with unique interwoven coral reefs. The colors and diversity will transport you to another world.

The lost world of the SS Yongala in the Great Barrier Reef is one of the most beautiful dives you could do. Besides the impressive ship-wreck, made during the sinking in 1911, this is one of the few places in the world where you can see and even interact with species like bull and tiger sharks, turtles and manta rays.

The dive is right off Cape Bowling Green, in Queensland, and it boasts some of the most intricate and beautiful coral reefs you could ever see—right at the heart of the Great Barrier Reef. 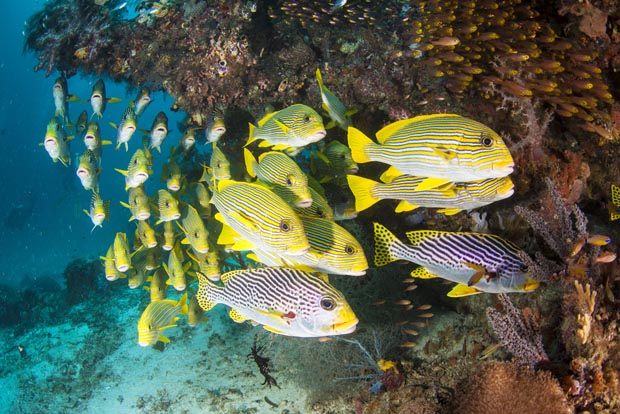 This dive is bucket-list worthy. It is home to almost 400 different species of fish, among them Barracudas, giant trevallies and several species of shark. You can swim alongside some of the rarest and most curious fish in the ocean.

It’s an underwater world that few ever visit. It is a place where the coral reefs riot with color and shape, hiding all sorts of life and unique sights. It’s yours to uncover!

Indonesia: Wreck of the Liberty 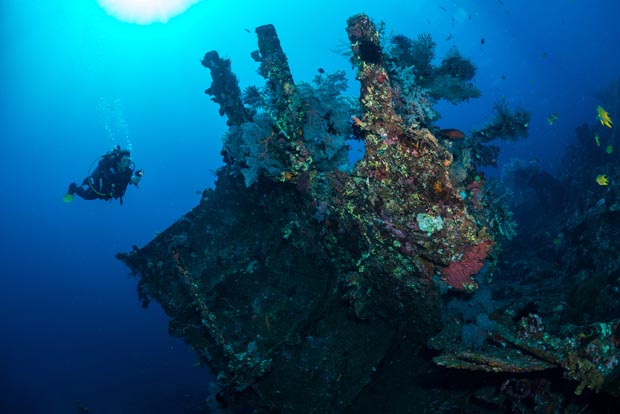 Sunken ships, as you can imagine, are the ideal spot to go diving for a world unseen. Indonesia’s wreck of the Liberty is one of the most curious in the world.

The great sunken ruins here create the world in which algae, fish, and coral grow in marvelous and inexplicable ways around the metal. The Liberty rests on eerie black sand, and the fish that live there have become accustomed to divers, playing with them as they dive. Unicorn and surgeonfish are a common sighting here, as well as underwater photographers. 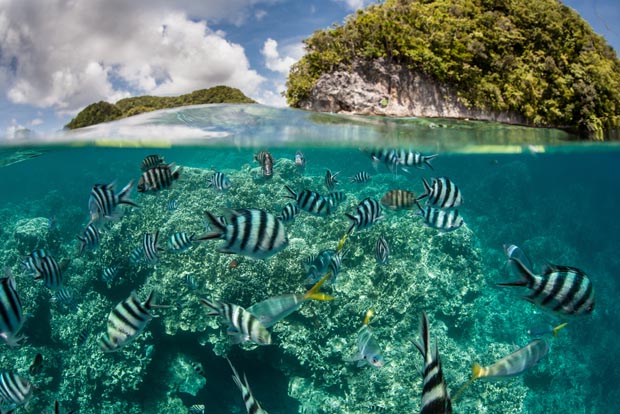 This is one of the most vibrant dives you could make in search of incredible and astounding sea life. For this one, you might find yourself forgetting the sea-bottom and beautiful coral reefs as massive schools of fish dive alongside you and take you along.

Blue Corner Wall is a great place to see sharks, manta rays, barracudas, wrasse, jacks, snapper fish as well as loads of shrimp and morays. The sheer volume and diversity of life are even more amazing because of the water’s incredible deep blue shade.

Time to gear up and book your ticket – an unseen and almost unbelievable world waits below the waves!