7 Places Where Animals Have Completely Taken Over

Animals around the world are packing up and heading for the city. At least that’s how it looks in these seven places, now famous for their animal infestations. With rabbit covered islands and cattle roaming the streets, animals in these cities have become as well known as local landmarks. Your favorite animal may have already claimed a city somewhere out there. Check out seven places that have been taken over by animals.

7 Places Taken over By Animals

The source of the rabbits on this Japanese island is still a mystery, but their cuteness is known all over the country. While rumored to have started with just a few bunnies, they have multiplied into the thousands. The island has zero natural predators, and dogs and cats are strictly prohibited, making a life for these rabbits a constant cycle of lazing around and posing for pictures, plus taking free meals from generous tourists. This is a stark change from the island’s WWII past when it was used as a testing ground for poison gas. 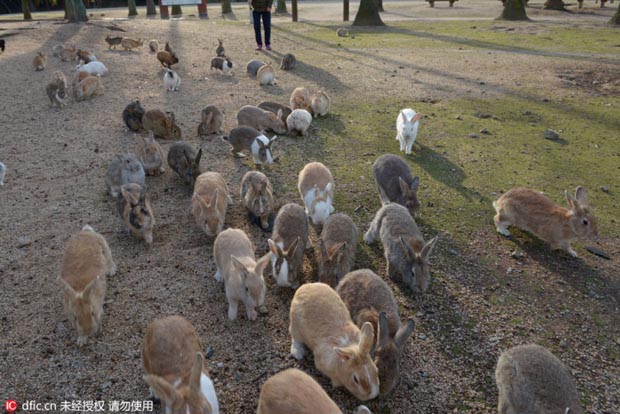 Some locals claim it isn’t the baboon’s fault that they’ve had to move into town. It is a result of growing tourism and construction stretching into their habitat. Now they’ve become a nuisance to visitors, stealing food and even breaking into parked cars.

Rumor has it they can work the door handles and climb inside, where they help themselves to whatever food they can find and, if nature calls, relieve themselves on the passenger seat. Just remember to keep the doors locked when you visit. 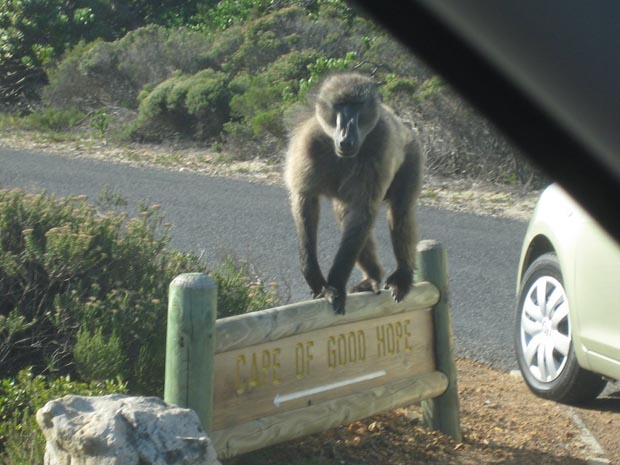 Cows in India are almost given celebrity status, which is probably why they feel comfortable walking around just about anywhere. Even in hectic New Delhi, cows saunter casually through the streets, causing traffic jams and frustrating commuters. In the Hindu faith, which accounts for 80% of people in India, the cow is a sacred animal and not to be harmed, even during rush hour. 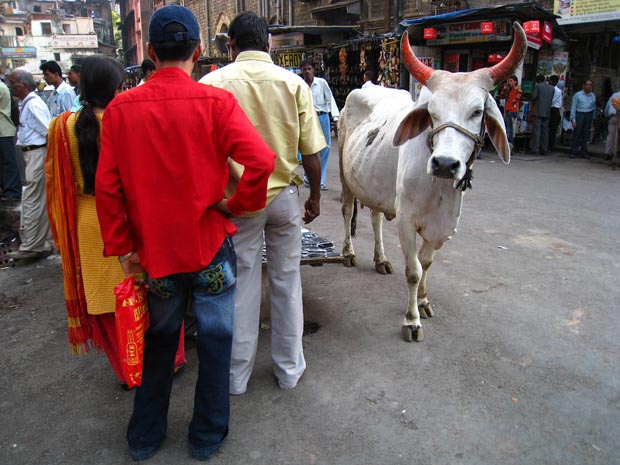 Fall asleep on this tropical island, and you might wake up next to an unexpected visitor. Chickens have moved into every corner of Kauai and can be heard crowing at all hours of the day. The chicken population used to be confined to farms, but since Hurricane Iniki knocked over cages and freed countless birds in 1991, they’ve been roaming free and multiplying fast.

The plus side is they’re helping control Kauai’s insect populations, feeding on bugs like the dangerous Kauai centipede, along with pizza scraps outside the local Costco. 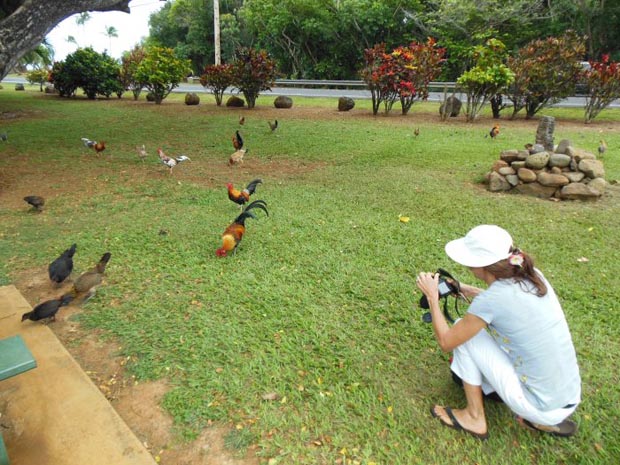 A town just 2 hours from Tokyo has over 1,000 deer wandering its parks and streets. This ancient capital might be the perfect place for them, full of tourists eager to visit a temple and then have a deer eat from their hand. Populations of this once sacred animal have grown too large for the area to handle, but since they’re a protected animal, so far no one is asking them to leave. 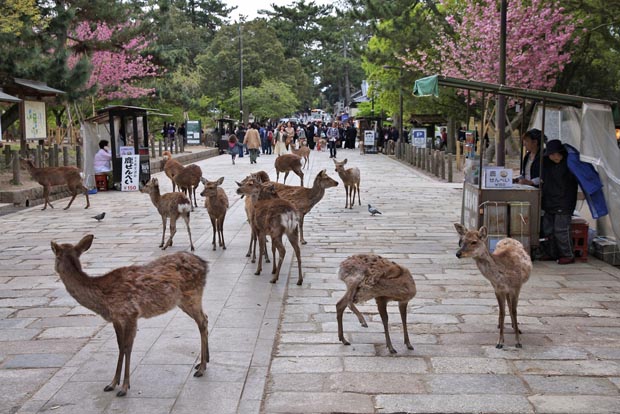 Courtesy of Tpungato via Shutterstock

As though having the name Christmas Island wasn’t unique enough, this place tops it off with a staggeringly large population of crabs. Red crabs spot the island as they migrate to their breeding ground each year, creating some amazing photo opportunities and a host of traffic problems. They’re known to cause car accidents when their tough shells puncture tires, which is why the rangers have built special crab bridges for them to cross the highway.

The bridge is drawing a lot of tourists, though no people have tried to cross it yet. 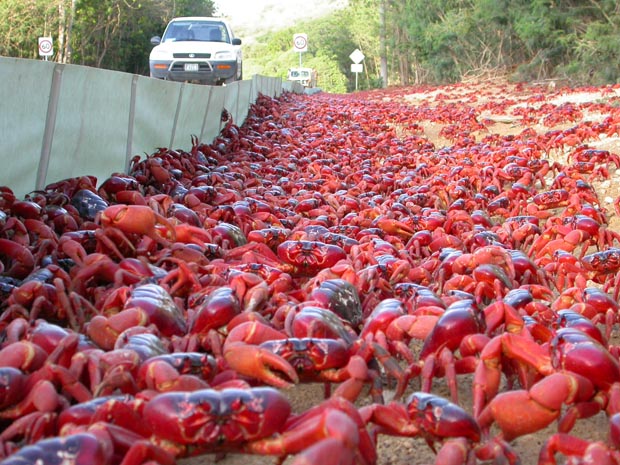 Courtesy of Today I Found Out

The brightest bird on the block has it made in this suburb south of Los Angeles. Residents love the way these some 1,000 peacocks stroll through yards and climb onto roofs. Well, some of them do. Others complain that they’re noisy and are too slow crossing the street, making it difficult to drive or finish yard work.

Recent missing peacock reports have spawned a police investigation, and some residents want them gone ASAP. As of now, peacocks are still the defining feature of this LA community. 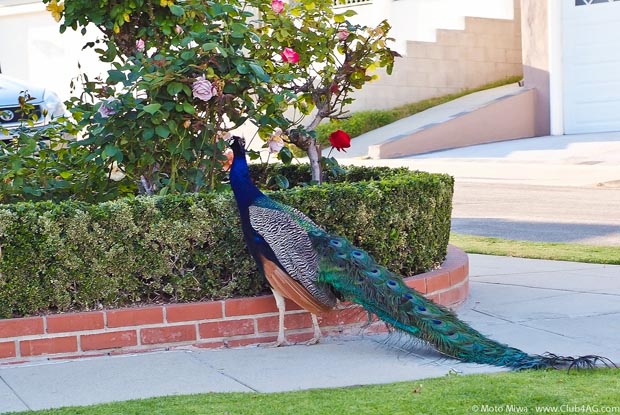