5 Swiss Alp Peaks That Will Blow You Away

Nothing compares to breathing in fresh mountain air from the top of the Swiss Alps and enjoying a birds-eye view of the natural world. Consequently, narrowing down a list of the best peaks in the Alps is a difficult task, considering the various ones that Switzerland offers. So, here are five easy accessible Swiss Alp mountains incredibly worth the journey. 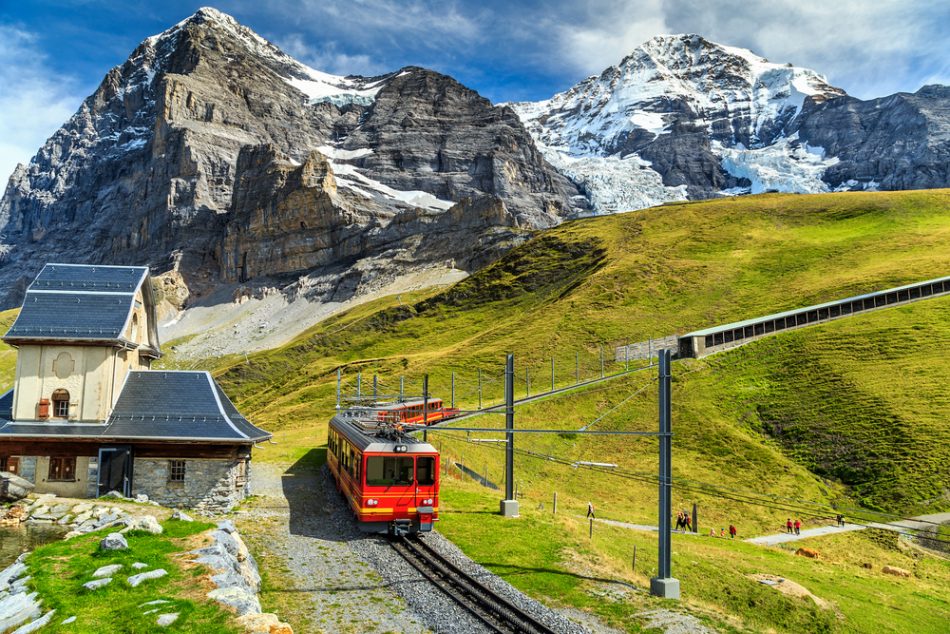 Known as the top of Europe, Jungfraujoch is a tourist favorite featuring the highest train station on the Alps. It’s an incredible ride with unbelievable, picturesque views. Stunning glaciers and snow caps top the noteworthy mountains throughout the year. Located in the Bernese Alps, Jungfraujoch peak hosts a restaurant, a tunnel that leads to hiking trails, and even a post office. One of the highest observatories in the world sits on the top of this Swiss Alp peak. The observatory also offers a unique view to marvel at while on top of the world. 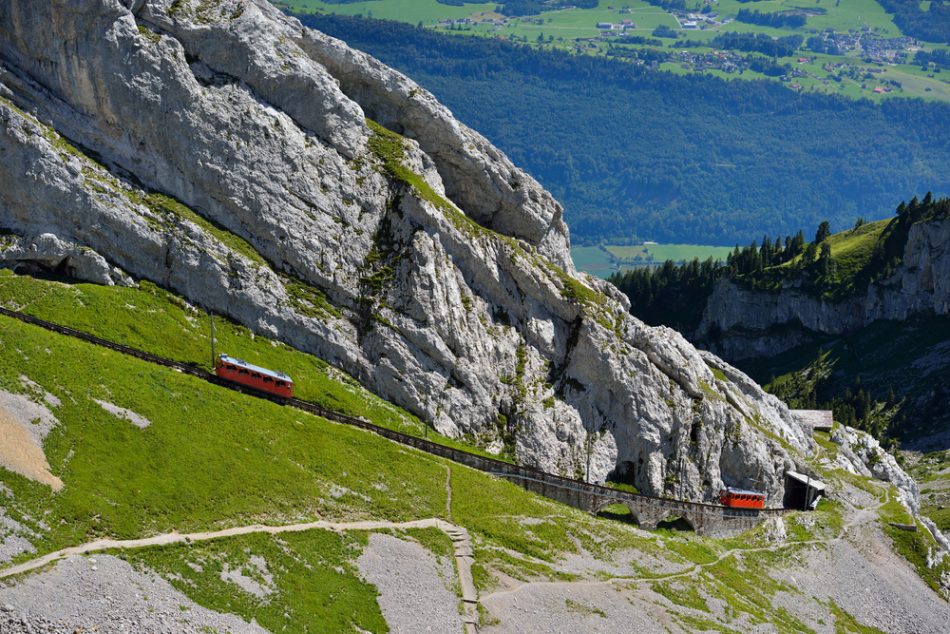 Mount Pilatus sits just outside of Luzern, Switzerland. Reaching the top requires a ride on the steepest cog railway in the world. While the thought seems daunting, it proves to be an exhilarating experience. The view of cows munching on the green grass contrasts with the hills of snow and rock. And as a reward, a lovely restaurant and hotel safely wait for you at the very top. 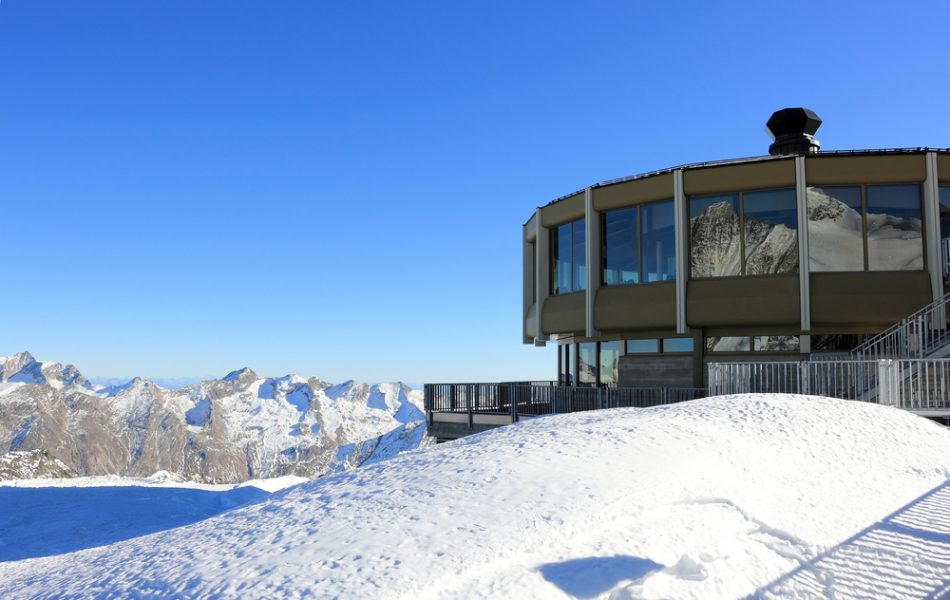 Featuring the highest revolving restaurant in the world, Mittelallalin offers a 360 view of the snowy surroundings. Located in the Saas Valley of Switzerland, it’s accessible by cable car, an underground funicular, and even a tunnel at the peak. Snowboarding and skiing are also available and enjoyed all year-round. And if exploring the surface isn’t enough, there is the Ice Pavillon. The largest ice grotto in the world offers a unique look at the interiors of a glacier. 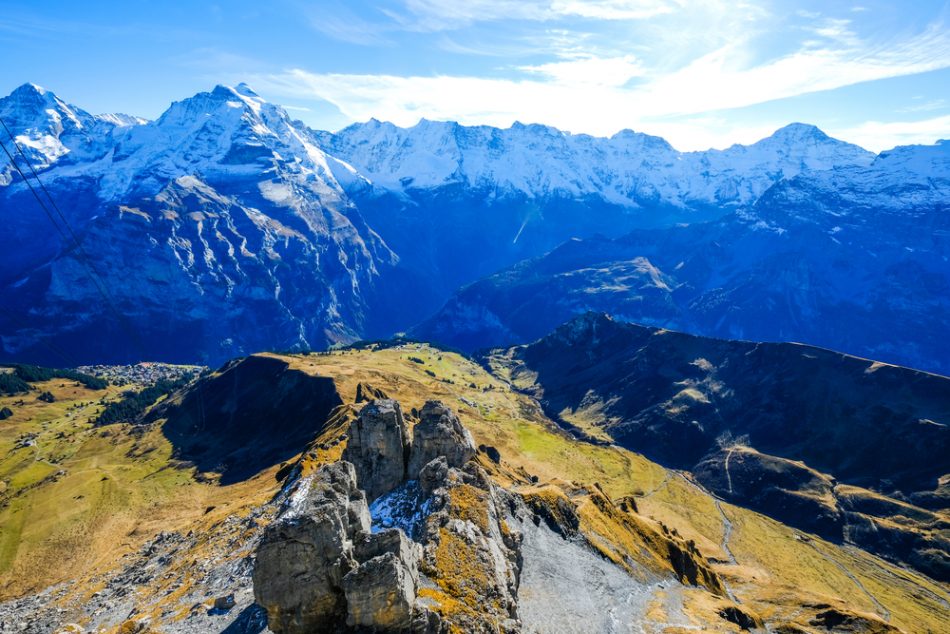 In 1969, The James Bond movie “On Her Majesty’s Secret Service” filmed many of its scenes on Schilthorn, giving the famous Swiss alp the nickname ‘the James Bond Mountain.” An interactive exhibit at its peak explains how the scenes of the movie were filmed. Relax in the cozy bistro or take a walk on the “thrill walk,” a steel structure that hangs on the edge of a cliff. Take a cable car from Murren, Switzerland to reach this natural but Hollywood-touched landmark. 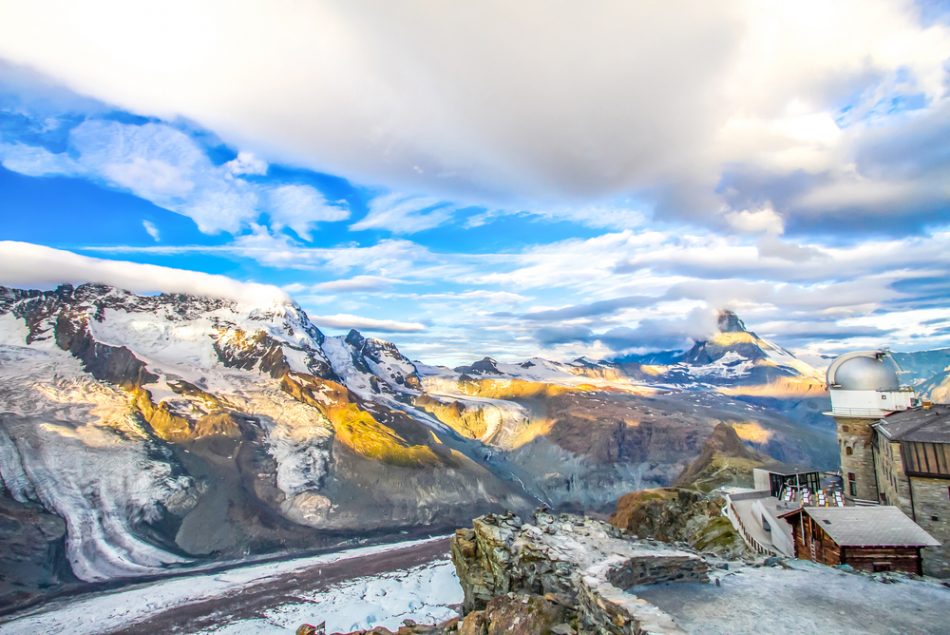 Known for its exhilarating panorama views, Gornergrat overlooks some of the Alps highest peaks, including the famous Matterhorn. A railway station sits at Gornergrat’s height and includes a hotel and ski area. The peak is accessible by foot for the adventurous, providing many stops on the way, and also by train for those who wish for a more relaxing trip.

The panoramic views when you’re gliding up the side of a Swiss Alps peak presents an experience only captured in person. Each peak holds a personality of its own; each offers a different adventure. Standing on the top of a Swiss Alp mountain is a life altering experience that will change the way you view the world, expanding your horizons.