8 Inspiring Places Where Writers Wrote Their Masterpiece Novels – And You Can Too!

They say inspiration can come from anywhere. That might be true, but these famous writers seemed to think some places get the creative juices flowing better than others. The good news is they’ve already found the world’s best places to write, and relax. All you have to do is choose your favorite author, find their best-loved place to fill pages, and head out the door. The award-winning novel should follow naturally. Take a look at 8 places where writers completed their masterpiece novels.

Before J.K. Rowling was casting magic spells on the world’s bookshelves, she worked a less enchanting job for the Chamber of Commerce in London.

It was on the 4-hour train ride between there and Manchester that she got the idea for a boy wizard and a school of magic. Years later, after a stint in Portugal, she moved to Edinburgh with her daughter, where she would complete what later became the first Harry Potter book.

She did a lot of the early writing in a café called The Elephant House, often with her daughter Jessica asleep at the table. If little Jessica had known her mother was making history, she might have stayed awake to watch. The Elephant House still holds a sign in the window, proudly claiming to be the birthplace of Harry Potter. 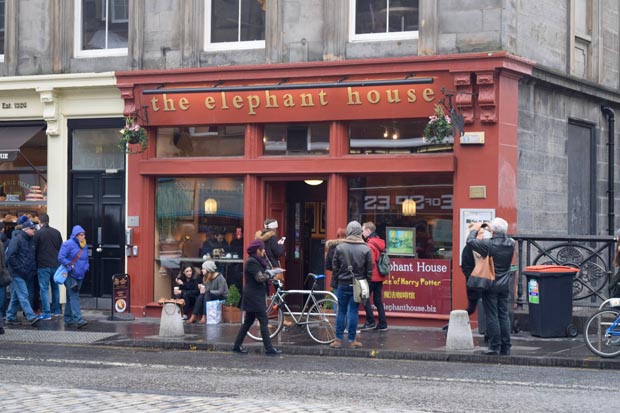 Paris is well known as a magnet for the world’s greatest creative talents.

You only need to watch Woody Allen’s Midnight in Paris to see that France’s capital was home to as many famous writers as cathedrals. Playing a young and budding writer, Owen Wilson lives every aspiring author’s dream when he steps back in time to meet F. Scott Fitzgerald at a party and drink his way through town with Ernest Hemingway.

The town really was stacked with talent, with Henry Miller and James Joyce among the billboard literary names having graced la Villes des Lumieres. Taking in the same plazas and arched bridges, or dining at cafe’s where they talked over manuscripts, should get the creative juices flowing. 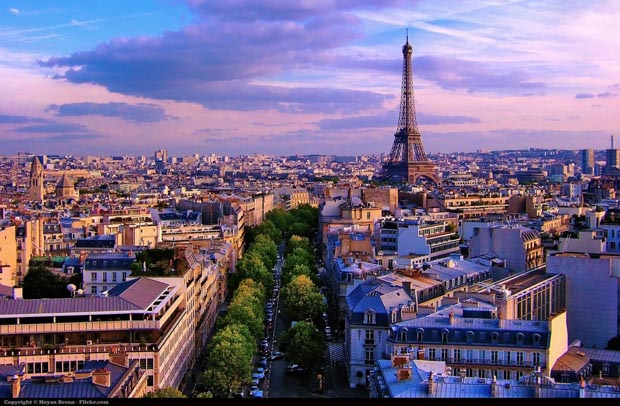 3. Hang out by the Sea with Hemingway

Before Cuba’s doors were closed to America, Ernest Hemingway made it his workspace.

In 1939, riding the flood of a painful divorce and deep in a literary slump, Hemingway left his family and homeland behind and found a temporary hold up in the Hotel Ambos Mundos. His wife Pauline soon joined him, and they found a more permanent residence on Lookout Farm outside Havana.

This is where he wrote a good chunk of For Whom the Bell Tolls, which was nominated for the Pulitzer Prize and re-established him as a writer with sway. His marriage to Pauline didn’t work out, but Cuba was a tonic for Hemingway’s writer’s block. He went on to write The Old Man and the Sea there, winning the Pulitzer and asserting himself as one of America’s greats. 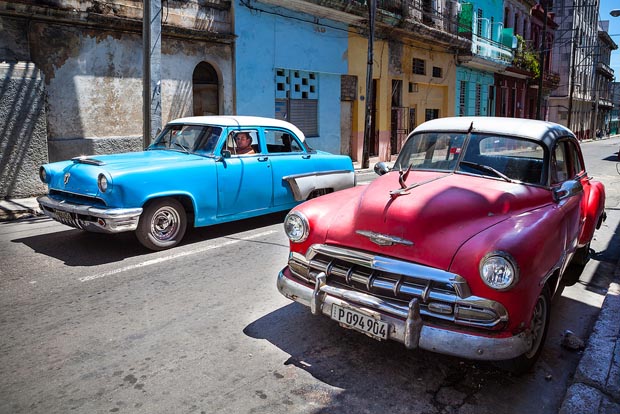 San Francisco was the rallying point for a long list of artistic talents, including some of America’s best writers.

Close enough to LA for a day trip, but far enough that the agents aren’t watching over your shoulder while you write, this cool city in Northern California hosted enough literary talent to fill a library.

The city has an especially warm spot for Jack Kerouac, who even has a street named after him. He was known for pumping out reels of quality tales at Vesuvio Café, where Allen Ginsberg also did some of his best scribblings. Find a table in the back and let your ideas flow. If you get stuck, just visit the famed City Lights Bookstore across the street for some inspiration. 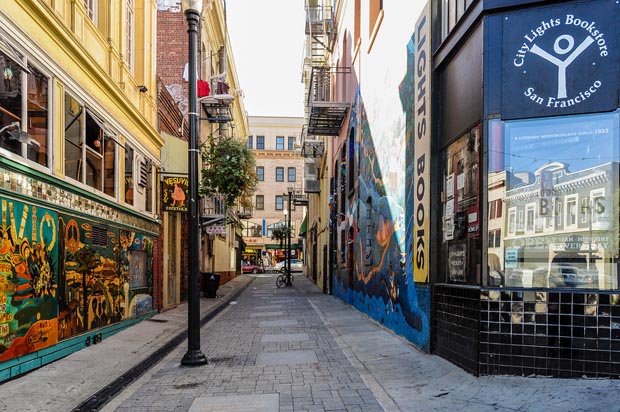 Some writers do well with distractions. Maybe that’s why the Intelligentsia Café in Venice Beach has had more scripts drafted on its tables than other LA cafés.

This is where Scott Neustadter wrote the script for his indie love-story 500 Days of Summer. The fact that summer never ends here probably helped, but Neustadter claims it’s the constant flow of people coming and going that keeps him attentive. He says he wrote an adaptation for The Fault in Our Stars here in 3 days.

Come here often enough, and you might find an idea for a blockbuster just floating around the room. If not, Venice Beach is only steps away, with a host of activities like surfing and roller skating to distract you, and some of the world’s best people watching.

6. Get on a Train and Start Writing, Anywhere USA

Some writers like to hit their daily word count nestled up next to a big fireplace, with a dog sleeping on the floor and sounds of their family somewhere on another floor. Others like to disappear completely.

That’s where the Amtrak comes in. If you enjoy coming up with your ideas on the move, you wouldn’t be the first. The mobile office appeals to plenty of authors, including novelist and former Picador Professor of Literature, Alexander Chee.

Chee claims the anonymity of being on a train makes him feel like no one can find him. Which is great, because nothing is more damaging to future Man Booker winners than small talk with the neighbors.

Hop a train to anywhere, and set up your office for the day. Just don’t forget to book your return ticket. 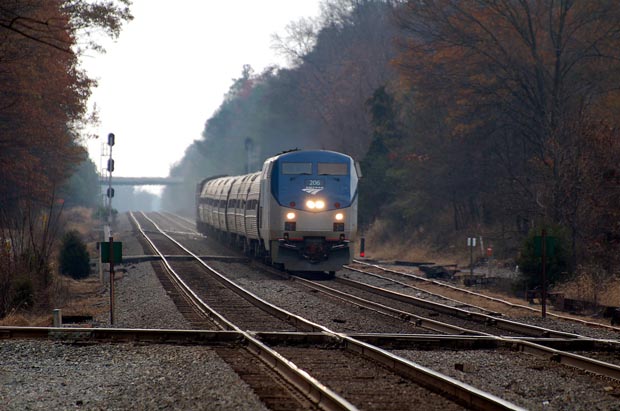 7. Kyoto, Where Japan’s Literature Has Room to Breathe

Of course it’s no secret to Japanese people that this city has storybook allure. Independent bookshops are as numerous as temples, with traditionally bound paperbacks fighting for shelf space, and easy-going shop owners reading at the door.

This is the town where the king of contemporary Japanese fiction, Haruki Murakami, was born. Murakami lived here before moving to Tokyo, where he wrote books that captured the hearts and minds of a generation both in Japan and abroad. 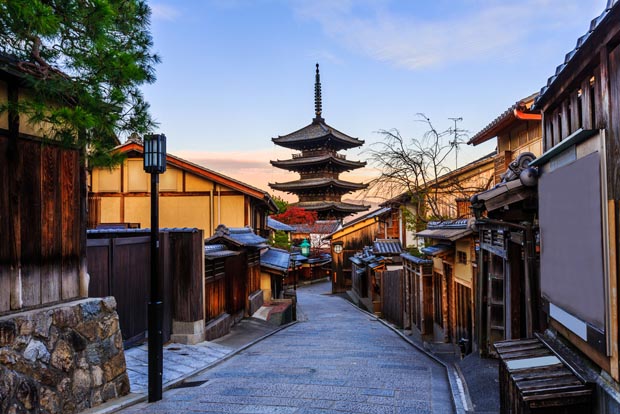 Courtesy of Krunja via Shutterstock

8. Find the Romance of Marquez in Cartagena, Colombia,

This fairy-tale city on the Caribbean coast is a romance novel come to life.

While he never said it outright, it’s clear that Gabriel Garcia Marquez used Cartagena, with its balconies spilling over with flowers and perfectly preserved colonial walls, as the inspiration for some of his most passionate fiction.

Passages from Love in the Time of Cholera make it clear that Marquez had a love affair with this Colombian city, and it’s easy to see why. As a UNESCO World Heritage Site, the old town is marked with cobblestone plazas and shadowed by giant churches.

Take in the city’s pink and orange painted houses, then rush to an open air café and try to capture this place’s beauty in words. 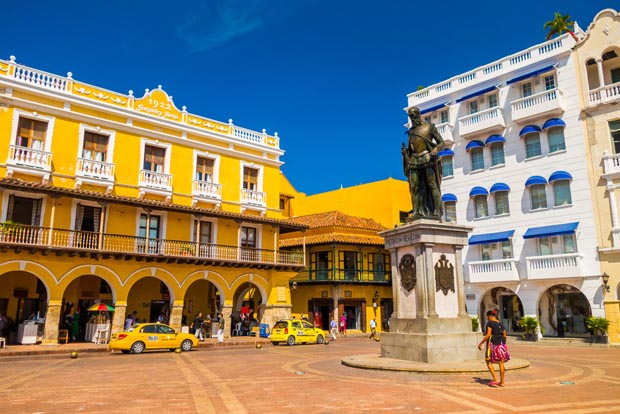 Courtesy of Fotos593 via Shutterstock

Inspiration can come in the strangest places, but these spots seem to have a special dose of it. Whether you’re a writer in the making or just a lover of fiction, these destinations will bring you even closer to the lives of your favorite writers.