Beyond astounding ocean views and exciting recreational activities, Bali also embeds rich tradition and culture that locals still practice today. Many traditions and legends originate from religious beliefs since the majority of Bali’s population practice Hinduism. Ingrained in these cultures come unique details and practices that you wouldn’t have guessed existed. 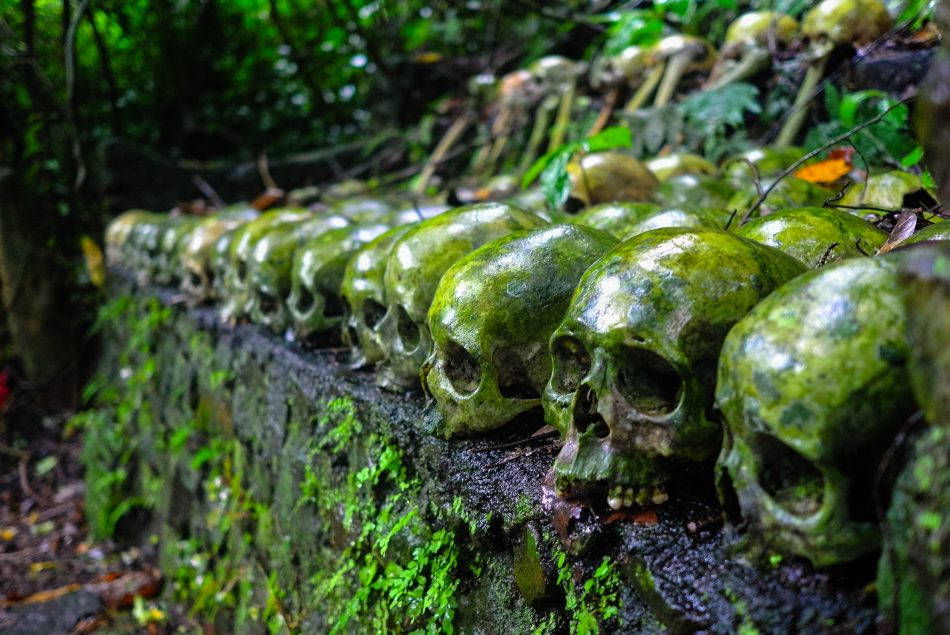 Across the murky water of Lake Batur exists Trunyan village. This community, known for its unique rituals for the dead, often sends chills down visitor’s spines. The Bali Aga People who reside in Trunyan have a peculiar way of hosting a funeral. Instead of cremation or burial, the Bali Aga People simply place the deceased on the ground beneath trees and leave them to decompose in the earth. Interestingly enough, the dead bodies do not leave a stench as would be imagined when left out in the open. This unique phenomenon comes as a result of the “banyan tree” whose roots contain a chemical that prevents bodies from rotting. Daring visitors can access this daunting village by boat to experience the unusual, almost haunting ways of the Bali Aga People. 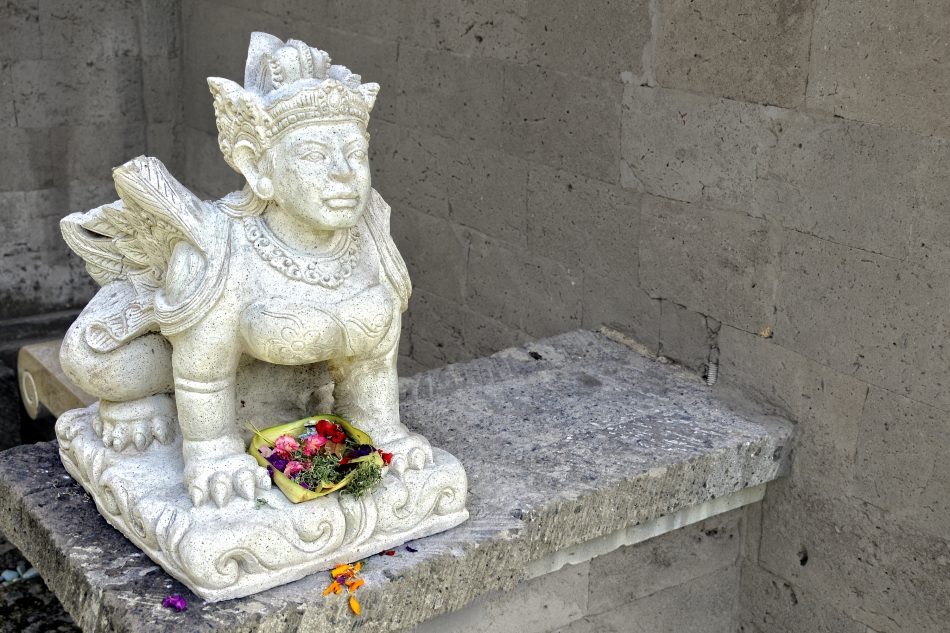 As you walk along the streets of Bali, notice various little palm leaf trays filled with flowers on the ground. These colorful dishes are called “sesajen,” also known as “canang sari.” The delicate arrays are not merely decorations as they seem, rather they are a form of offering to the Hindu Gods. The different colored flowers represent the different God’s that the trays are offered to. Locals construct the trays and place them in front of doorways, inside restaurants and hotel lobbies believing it will bring them a fortune in their business. Colorful trays always line Bali’s streets, as Bali’s population mostly practice Hinduism. These offerings show respect to the Hindu Gods and should not purposely be touched or stepped on by anyone. 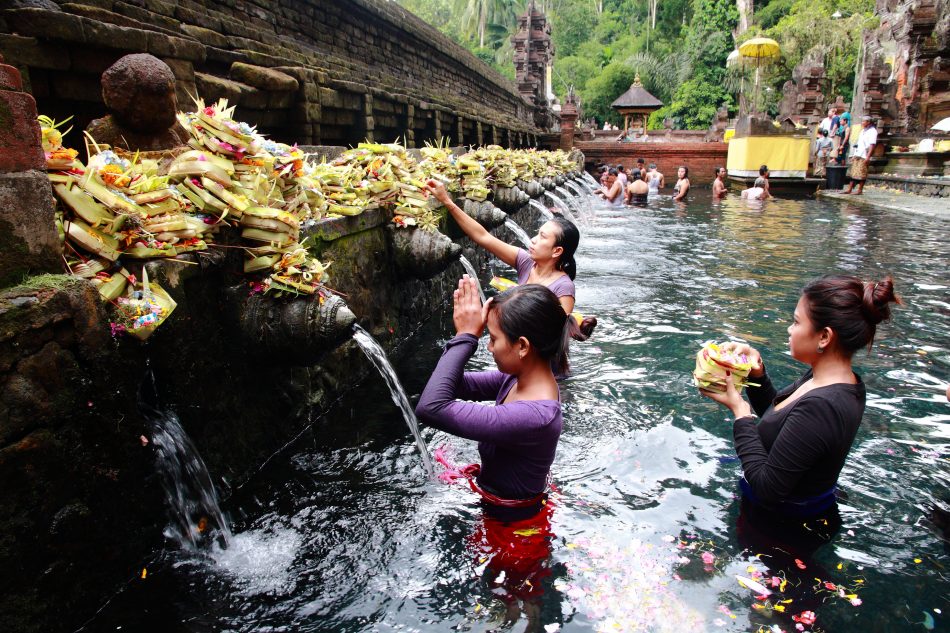 Tirta Empul Temple, also known as a water temple, is used for a ritual known as water purification, a traditional Balinese culture. Divided into three courtyards, people from all over come to bathe in the 12 different waterspouts. Although initially a place for locals, tourists also visit the Tirta Empul temple and bathe in its holy waters, engaging in Balinese culture. Traditional Balinese culture believes that when you get to the last waterspout, the waters grant a long and fulfilling life filled with happiness and good luck. 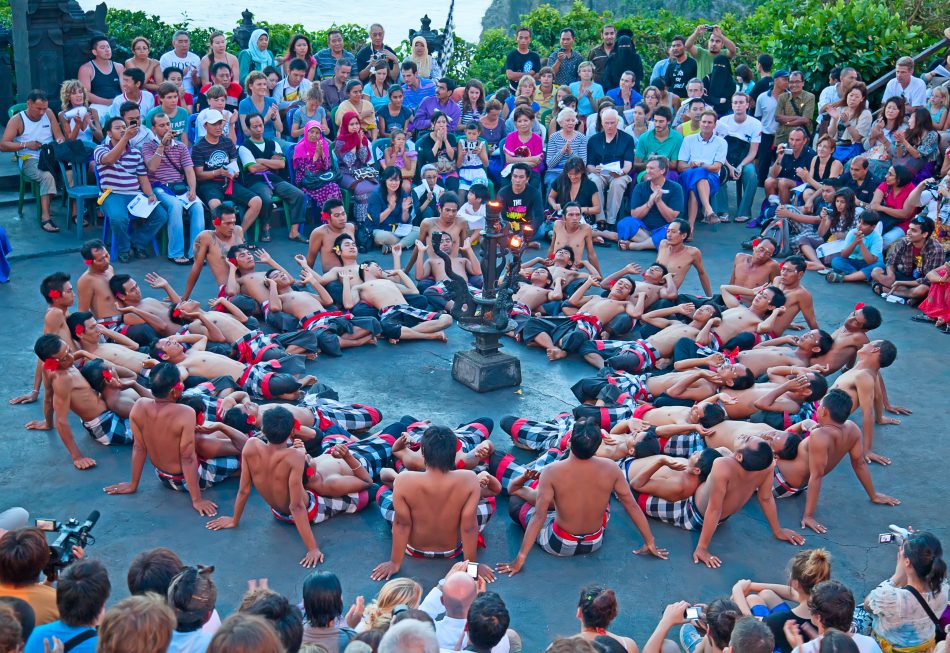 As the sun begins to set below the cliffs of Uluwatu, spectators gather and sit around a center stage. During the Kecak dance number, performers re-enact a battle scene from the story of Ramayana (an epic poem). Bare chest men donning traditional checkered bottoms vigorously chant “cak” throughout the whole performance as the twilight sky dims and turns to nightfall. The blazing fire illuminates the men’s faces as the atmosphere intensifies and shades the audience. An interesting fact, the name Kecak is an onomatopoeia of the chant. 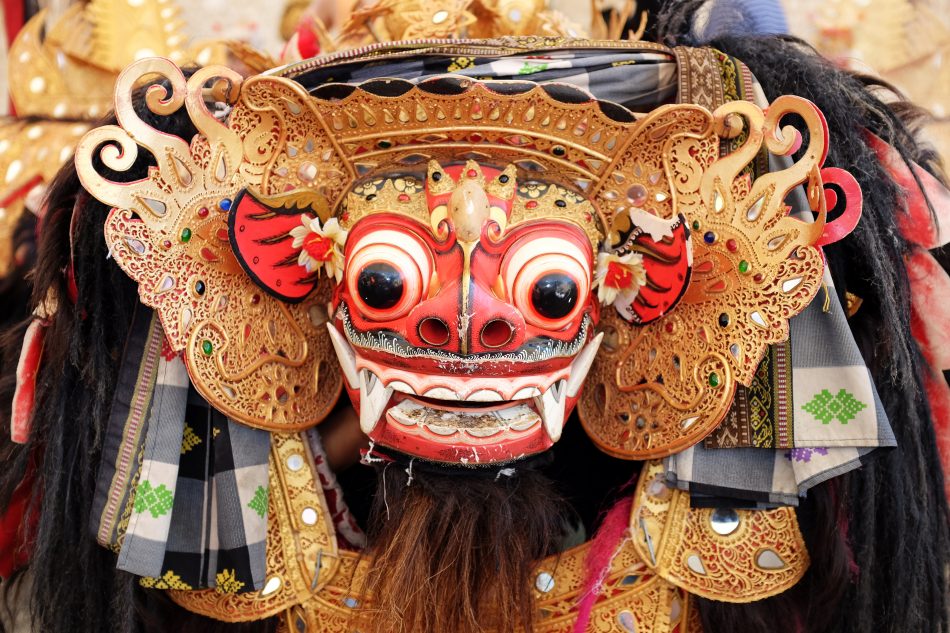 Accompanying Bali’s legends and traditions comes another mythology compromised of good and evil. This myth revolves around Barong and Ranga. Barong is believed to be the king of the good spirits in Balinese culture while Ranga represents evil. You may see a face resembling a lion staring at you as you walk through the markets. Numerous stalls sell t-shirts and other merch with this iconic logo. These colorful fringed t-shirts come as a favorite among tourists, providing the perfect gift to bring back home to loved ones.

A pound of kopi luwak roughly costs $600 per kilogram. That is a pretty steep price for coffee. What makes the coffee beans so expensive? Well, for starters it is derived from the feces of the Asian palm civet. The civet eats berries, also known as coffea, which then processes through the body and becomes extracted through feces. Bali is home to the largest coffee plantations for kopi luwak. Because of its distinct taste and process, the coffee does not please the taste buds of many. Coffee experts argue that kopi luwak dons popularity merely due to rarity and not because of its taste. The coffee is considered a luxury and rarity because of its lengthy process,