Visiting Stonehenge in the English Countryside was my travel partner’s idea. But I wondered, what’s so special about a pile of rocks in a circle? I had seen photos of Stonehenge before, usually as computer screensavers and knew it was a landmark – but I was unaware of the ideologies, the myths and the curiosity it has launched in people for over centuries. 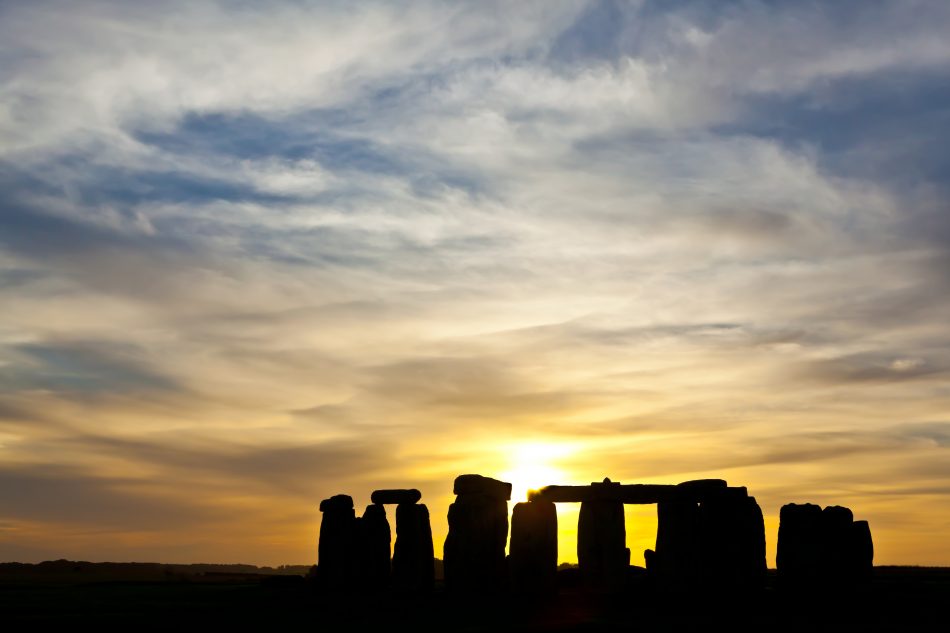 Staying in the small English town of Warminster, we set up shop for a night at The Old Bell Inn. Public transportation is extremely accessible when in a decent range of Stonehenge. The English countryside reminded me a lot of Ireland. There was so much green land around because all is blossoming from the generous amount of rain.

Though, making a stop in a small town for a night is not everyone’s desire if their primary focus is to get to London or another big city in The United Kingdom. Cities and surrounding areas have made it very easy for tourists to get to the landmark. Wiltshire City Council has a guide to traveling to Stonehenge from wherever you are that includes walking routes, cycling routes, buses, and trains. If you’re staying in London, a 2-hour train ride will get you right to the landmark in Wiltshire.

Once we arrived at the Stonehenge site, I was confused. Where were the rocks? Are we in the right place? Do we have to take another bus? We were dropped off in front of the visitor center. Once purchasing tickets, we lined up with other sightseers and waited in line for the bus that would take us to the landmark. 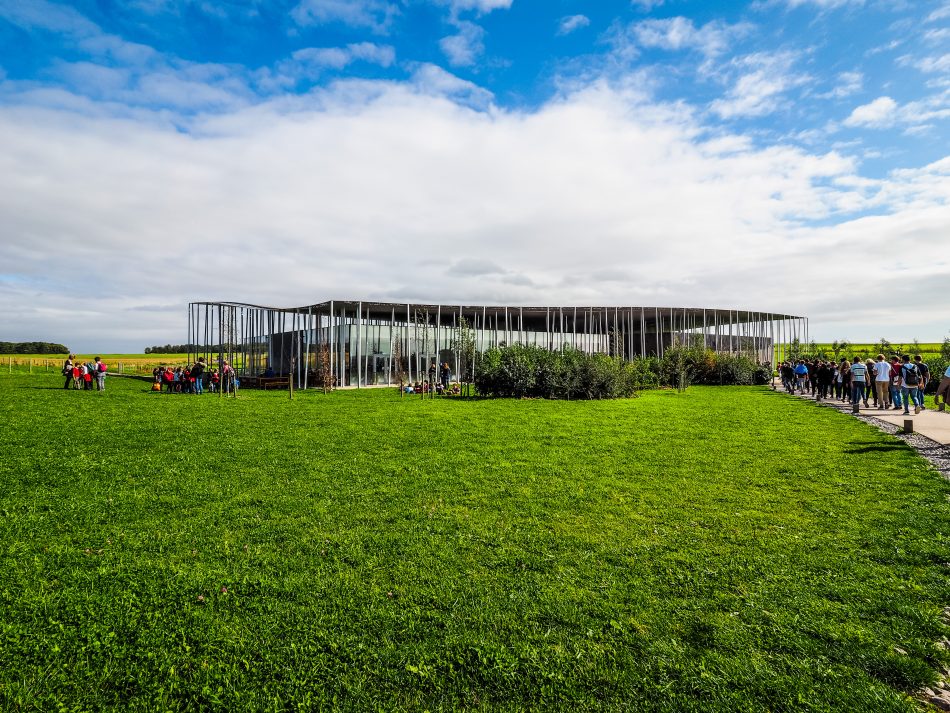 We made our way around the circle slowly, observing each stone. The crows sat proudly on the monument adding to the magical and mysterious experience. It was silent. The air was still, and clouds covered the sky. Regarding weather, it wasn’t cold, more a stable temperature which made it relaxing allowing us to focus on the monument.

The energy from other tourists radiated feelings of wonder and curiosity. You could feel it as more people came, kids, asking their parents how these stones got here and what they mean to us now.

We took photos and zoomed into to see the cracks and pieces that time had worn on these mysterious stones. Though the stones were so old, the growing, green grass that surrounded this historical site made them feel alive and proud. 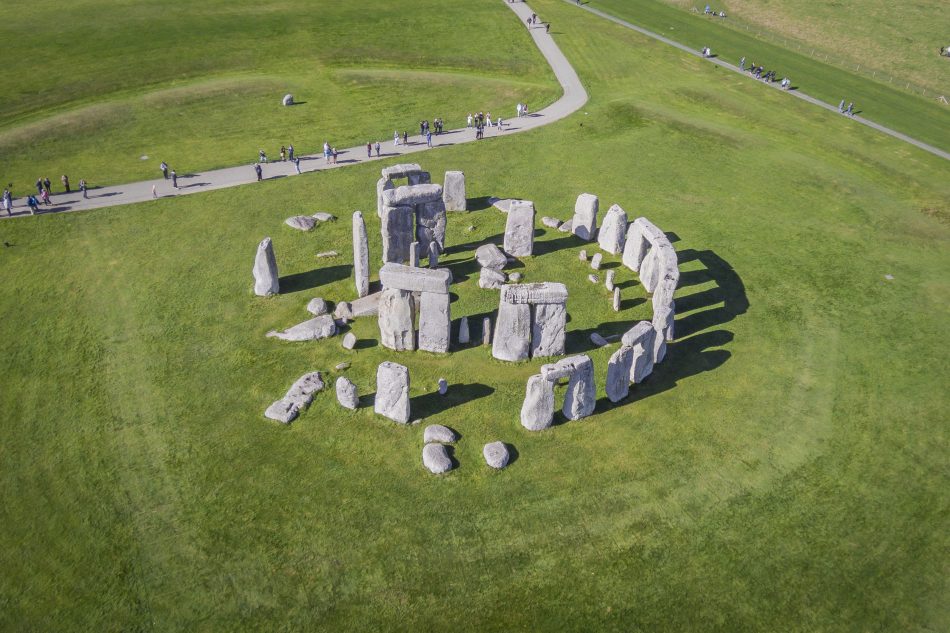 How did these stones get here?

Built at least 300 years before the Egyptians built the pyramids, it’s a fascination for archaeologists and the people of the world. The building of the monument is to have started in around 2000 – 3000BC.
Those who built Stonehenge were forward thinkers in fields of mathematics and geometry. It makes you wonder how far humans of the past were regarding life and intellect, compared to the heights we’ve achieved in this modern day society. Some believe Stonehenge was built as a burial site, some believe aliens made this circle of stones, and some are insistent on it being a ground for human sacrifice or a religious place of worship. This type of rock was found to be carried from over 200 miles away from the site. So, how did they do this? We still don’t know. 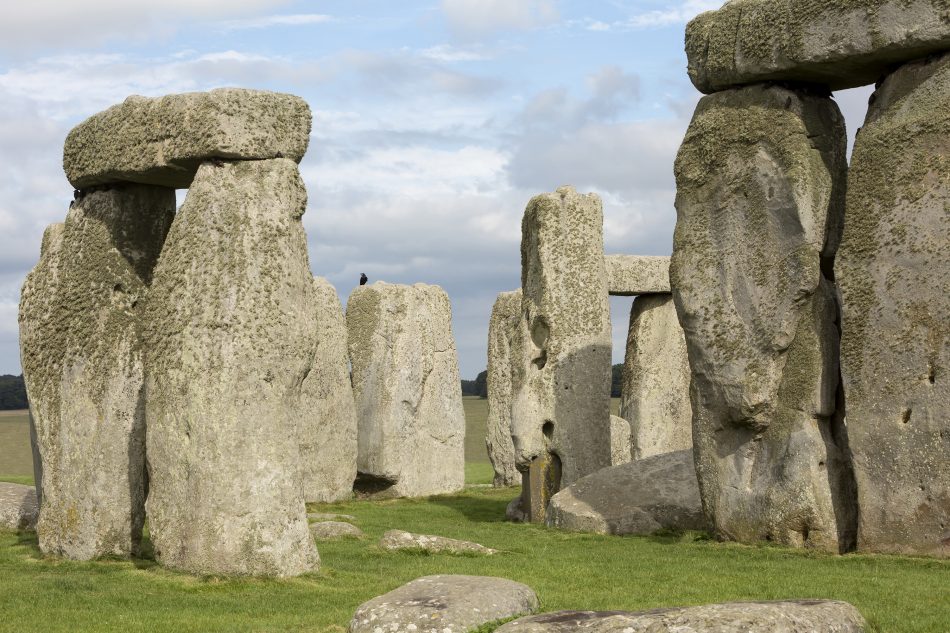 English countryside was pulling us in, so we decided to walk back to the visitor center instead of taking the bus. Stonehenge owns a great piece of land surrounding the site and the visitor center where cows and goats roam freely. On our walk back, we stopped in a middle of a field and had a picnic. We watched the cows have a meal of their own on the lush green in front of us. 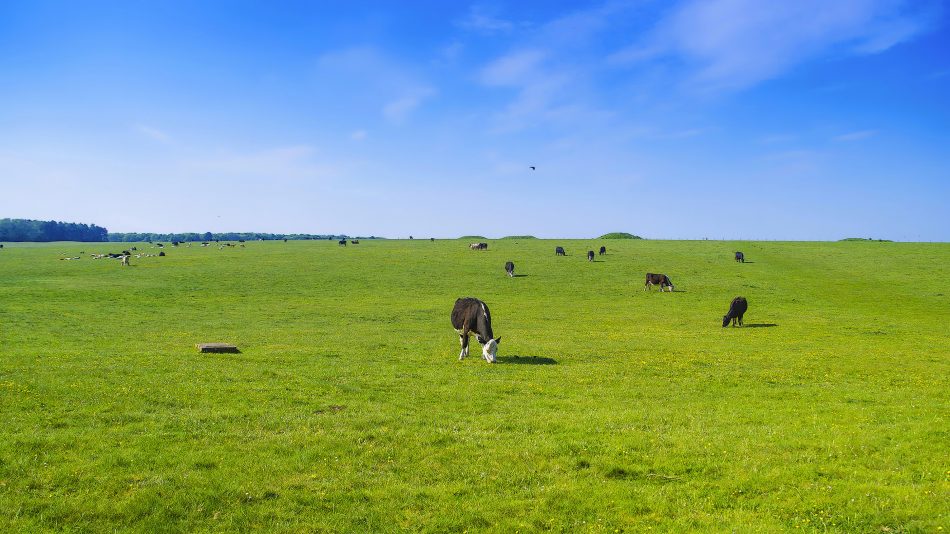 So, what does Stonehenge mean to us now? Stonehenge is part of the wonder of our earth and human species. The people we never knew who existed when the world was completely different have left behind memorial pieces of the past. Therefore, it’s genuinely intriguing, fascinating and a must visit when traveling to England and it’s beautiful countryside.