In 2007, documentary filmmaker Doug Prey premiered his film Surfwise  at the Toronto International Film Festival. It portrays the inspiring and tumultuous story of the aging surfer, his wife and their nine children who were born, raised and home-schooled in a small camper on beaches across California, Mexico, Hawaii, and Israel. They surfed daily and had to adhere to the strict diet and lifestyle of animals in the wild while living in tight quarters over the span of approximately twenty years. 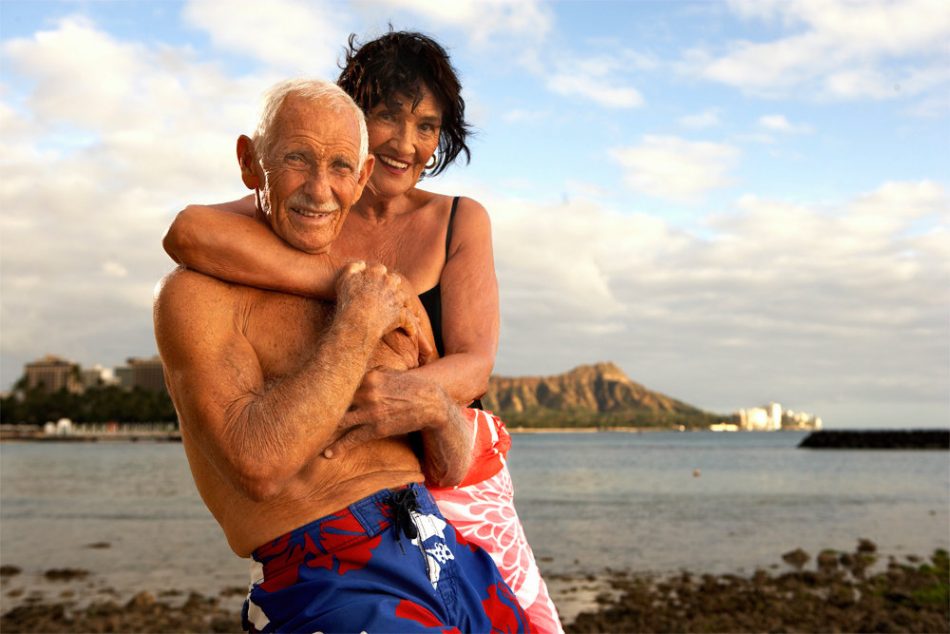 After a public screening in Toronto, I had an opportunity to meet Doc his wife, Juliette and eldest son David. The film offered an interesting scope not only of Doc and Juliette’s perspective but that of the children and their upbringing. It leaves you feeling either angered or enlightened – hearing testimonials from their children is at times heartbreaking, but also humorous. However, the juxtaposition of feelings conveyed regarding their enigmatic lifestyle, resulted in some pretty amazing offspring. Eventually, the children left their feral lifestyle in search of themselves and the experiences they missed. And, from world-class surfers, a filmmaker, to musicians and so forth, they have all found their place.

However, the question on everyone’s mind was, how did a Stanford-trained doctor running a medical practice in Hawaii while serving as president of the state chapter of the American Medical Association, choose this lifestyle when abundance and opulence were readily available? How does one, who grew up in a small town in Texas, who came from nothing, strive for nothing? Doc put it simply: “I couldn’t see myself making a living from people that were sick.”

His self-published book Surfing and Health reads somewhat like an autobiography, as Doc delves into personal life experiences to ascertain his passion for the subject is uncompromised. Doc followed a strict diet followed by an exercise regime that included surfing. He lived this way until this death in 2014.

Doc surfed for over 75 years and enjoyed the moniker ‘first Jewish surfer.’ “I was a part of a small group of surfers when I started,” shared Doc. There were only a few hundred at the time. Today, the wildly popular sport has escalated to the hundreds of thousands. Surfing has given Doc the abundance of spirit and health that has allowed him to do things in life that he could not have done otherwise. “Surfing for me has been that engine that made my life possible.” And after two failed marriages – one of which he caught his wife having an affair with his best friend – resulted in losing contact with his children. Doc set out to find himself. “So I went to Israel to fight for my people, and because it was on the Mediterranean, I brought my surfboard with me,” says Doc. At the time, he was the only one surfing on the Mediterranean Sea. Doc introduced surfing to Israel. “Nobody cared about me until I went into the water with my surfboard.”

Doc returned to Israel with his eldest son David and former student/surf camp instructor Kelly Slater. Slater, a ten-time world surfing champion, in pursuit of peace in the Middle East by establishing surfboard diplomacy. Doc is the founder of Surfing for Peace (SFP); its mandate is to foster solidarity between people and nations through the sport. They brought fifteen surfboards and headed to the crossing at the Gaza Strip. His plans came to a dead halt by the guards. “You are not going to keep me from seeing those men when I’m only fifteen meters away from them!” Doc recalled that the soldier was unimpressed. “I grabbed him and kissed him!” He stated jovially. Shocked the soldier started protesting, “Don’t hug me! I’m a soldier!” After a long wait, the border gates to Gaza were opened. He recounted, “That was a great moment in my life.”

And so, for as long as his children can remember, traveling and surfing was a part of their life – as was living with little. Doc provided for the family by working odd jobs. For someone who came from nothing, he felt quite comfortable with having limited resources. In fact, many years ago, he turned down an inheritance from his late aunt. What would have helped most people felt like a hindrance to Doc. And with regards to homeschooling the children, he feels his children have gained wisdom beyond the realm of education. “You don’t get educated at Stanford, what you get at Stanford is knowledge. The wisdom you get from experience, traveling and living and that is what my children had a lot of.”

In late 2014, Dorian ‘Doc’ Paskowitz passed away peacefully at a hospice in Newport Beach with his family by his side. He will forever be remembered for living life to the fullest – on his terms.

For more on Doc, his book and surf camp visit: www.alohadoc.com and www.paskowitz.com