Illusions in Architecture Around the World

Illusions in architecture is a beautiful expression of creativity.

Moving into a more technological era, buildings are also reflecting this global shift. The focus of facade design is now on function and visual stimulation. More and more, exterior aesthetic aims to challenge perception and evoke responses from its onlookers. Of the modern architectural trends worldwide, the most interesting is debatably the art of illusions in architecture.

Seoul, South Korea’s undulating GT Tower East is an excellent example of using a simple visual technique to create a stunning work of art. Designed by ArchitectenConsort, the building employs curved exterior lines to simulate movement. As pedestrians or drivers pass the tower, it appears to move and sway along with the viewer. GT Tower East also seems to jut directly out of the soil like a bean stock, stretching far up towards the sun. 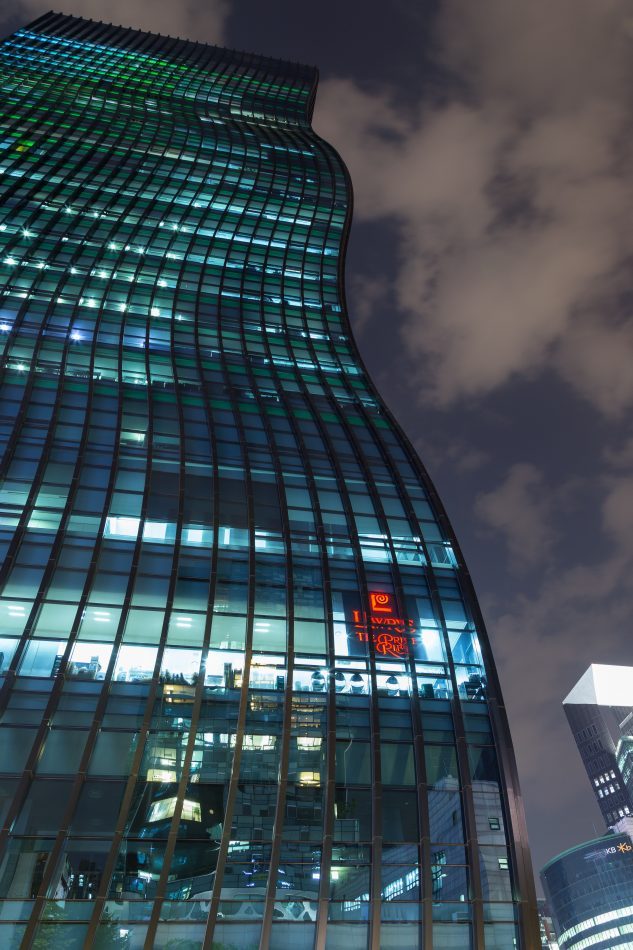 However, the angular design isn’t exclusively illusionary. The facade is extremely well insulated and incorporates solar panels to generate a portion of the building’s energy. Similar architectural techniques exist in various other areas of the world.

2. The World Stands On Its Head (Die Welt steht Kopf)

Located on the island of Usedo in Trassenheide, Germany, this little blue house showcases illusions of architecture at its best. 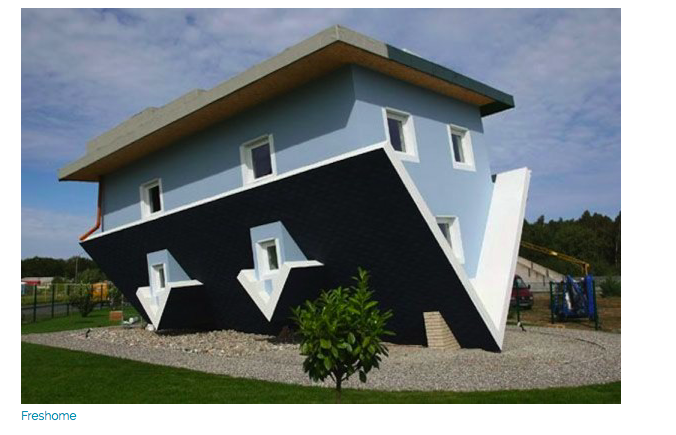 Designed by architects Klaudiusz Golos and Sebastian Mikiciuk, the project is upside down in every way. From interior to exterior, everything on the property is the wrong side up.  The ultimate goal of the project was to present a different perspective and challenge the idea of normality in the eye of its beholder. Tourists flock from all over the world for photos alongside the illusion. 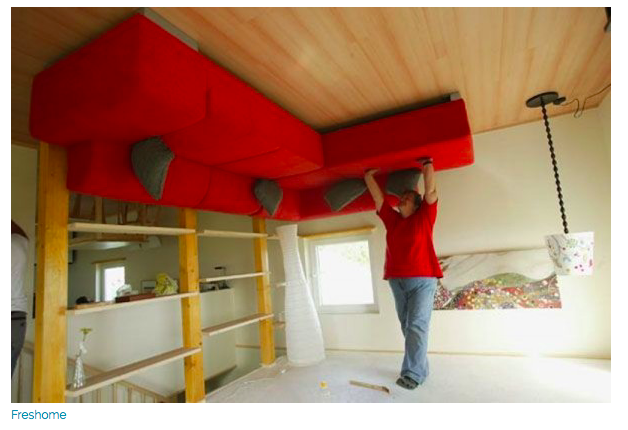 Today, you can find several upside-down homes worldwide. Still, Germany’s is perhaps the most thoroughly executed concept. Not a single piece of furniture has been missed, right down to a full fruit bowl on the kitchen table.

Designed by Vlado Milunic and Frank Owen Gehry, the Dancing House is a particularly stunning illusion. The building sits along the Vltava River in the city centre of Prague. The building’s modernity, set amidst a backdrop of historic architecture, demands quite the presence. 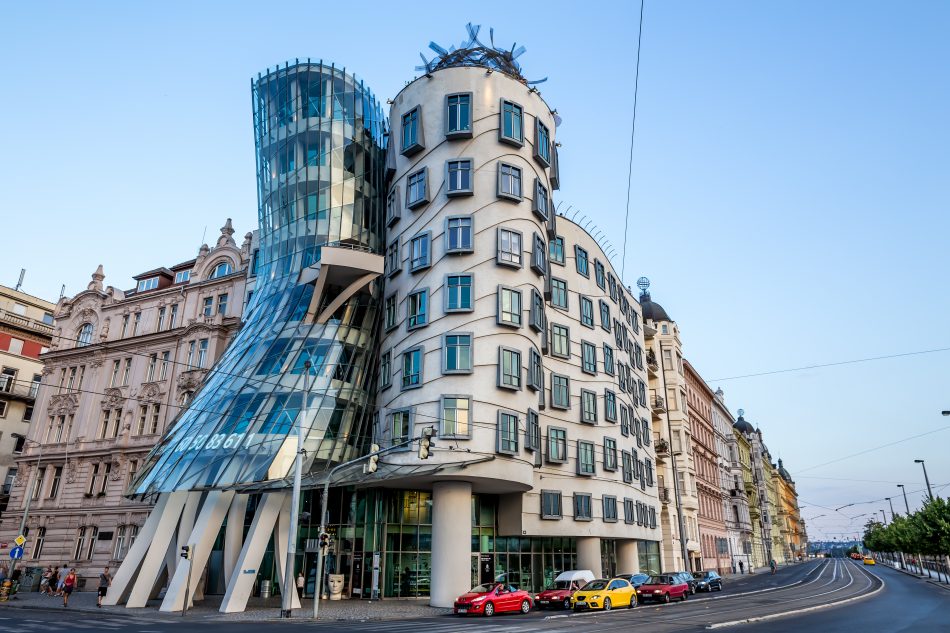 The house was once filled with apartments and used as a residence. More recently, it became one of the city’s most coveted hotels, and the top floor is open to the public. Here, you will find Ginger & Fred Restaurant, also leading in its industry. The building isn’t just lovely to look at, either. Once inside, the glass facade offers stunning views of the river, Charles Bridge, and Prague Castle. 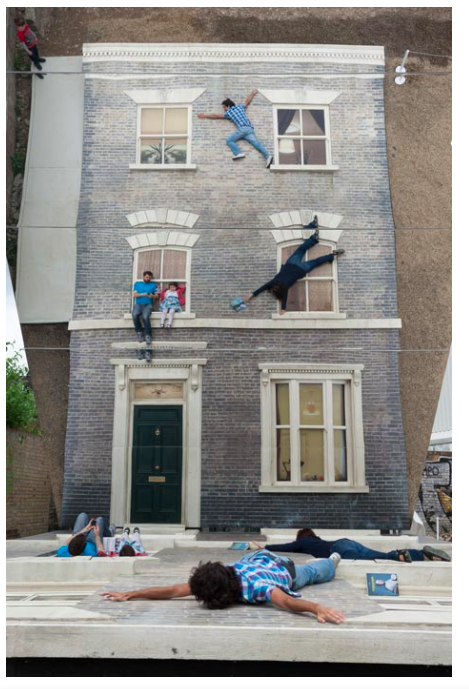 At Dalston House, you will feel just like Spiderman or your favourite superhero! This particular installation is located in east London, United Kingdom. It incorporates nothing but the flat, single-wall facade of a building and a large angled mirror. Together, they create quite the illusion. 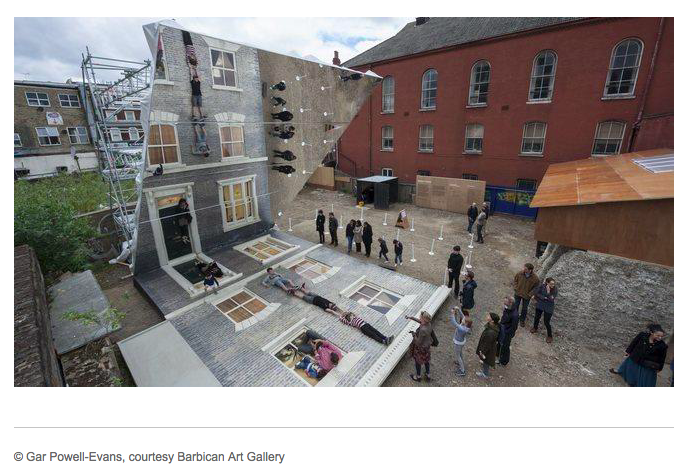 Leandro Erlich created the replica Victorian terrace house built flat on the ground. Erlich based its style on the aesthetic of the buildings in the surrounding Dalston region. Inspiration predominantly came from homes that were there before the bombs destroyed the street in the second World War. Elrich spared no detail when conceptualizing the wall, equipped with plaster mouldings, sash windows, and a door knocker. The surreal flooring creates quite a convincing tableau when played out across its mirrored ceiling.

“I want to show people that reality is what we build, it’s not something given,” Elrich says. “But I also just want people to play!” 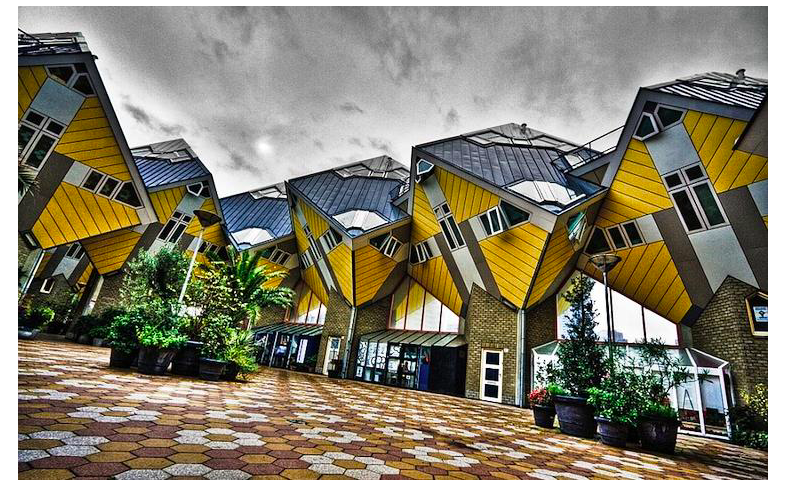 The Cubic Houses were conceptualized by Piet Blom in the 1970s, in Rotterdam, Netherlands. 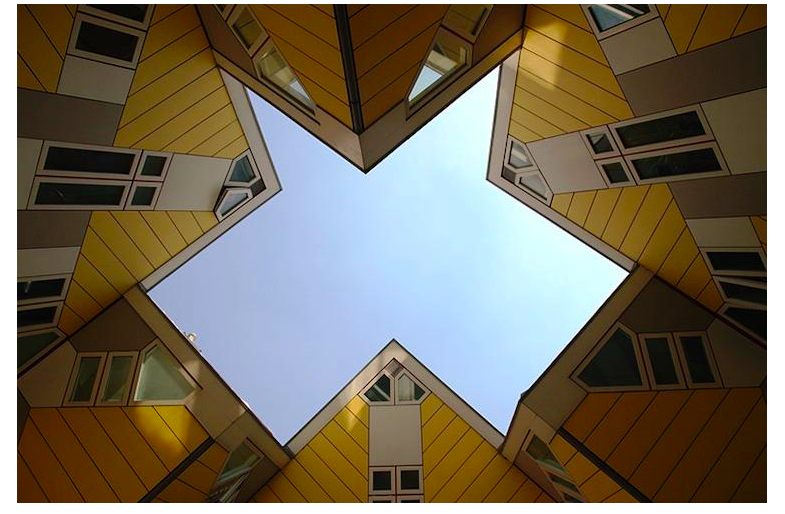 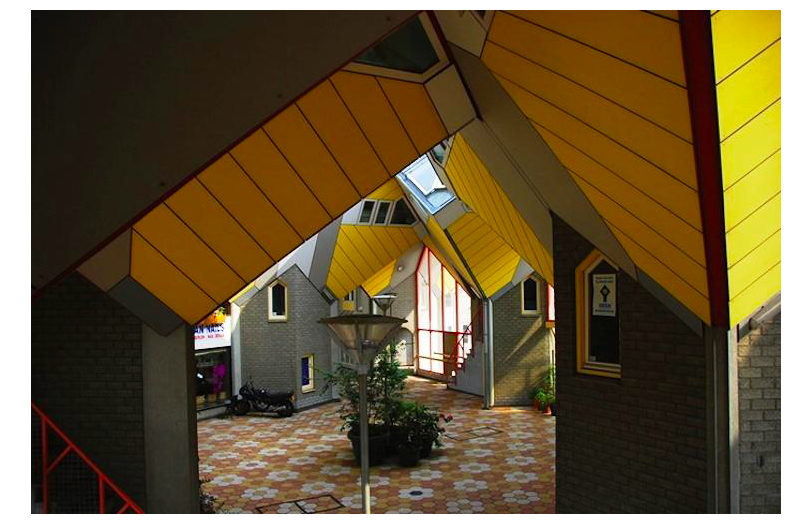 Sat tilted on a hexagonal pole; the Cubic Houses are made predominantly of concrete and wood. Inside, sharp lines and tight corners dominate the house, making only about a quarter of the inside space is inhabitable.
Blom intended for the structure to resemble an abstract, manufactured yellow forest, with each peak representing a treetop.